Jeffrey Herlings is an incredible athlete, still recovering from his collarbone surgery, he has raced to another overall victory to extend his MXGP championship lead.  After the cloudy humidity of Pangkal Pinang the teams and riders faced the searing mid-30s heat of Semarang with a wide, fast and spectacular clay circuit hosting the Grand Prix of Asia.

Jeffrey Herlings aced an emphatic return from collarbone surgery to own both Grands Prix in Asia on his KTM 450 SX-F. The Dutchman was finally able to train and ride with a degree of normality after his surprising success in Pangkal Pinang and went to Semarang with rising confidence. He deposed of Tim Gajser late in the first moto to win, and then controlled the second moto from the front to record 19 chequered flags from the 26 run in the 2018 competition so far.

The 23 year old was able to extend his lead in the championship from 12 to 24 points over teammate Tony Cairoli. The World Champion suffered through two long races with an injured left thumb to register results of 3-4. The ranking gave #222 4th place overall and meant that he missed the MXGP podium for just the third time in 2018. 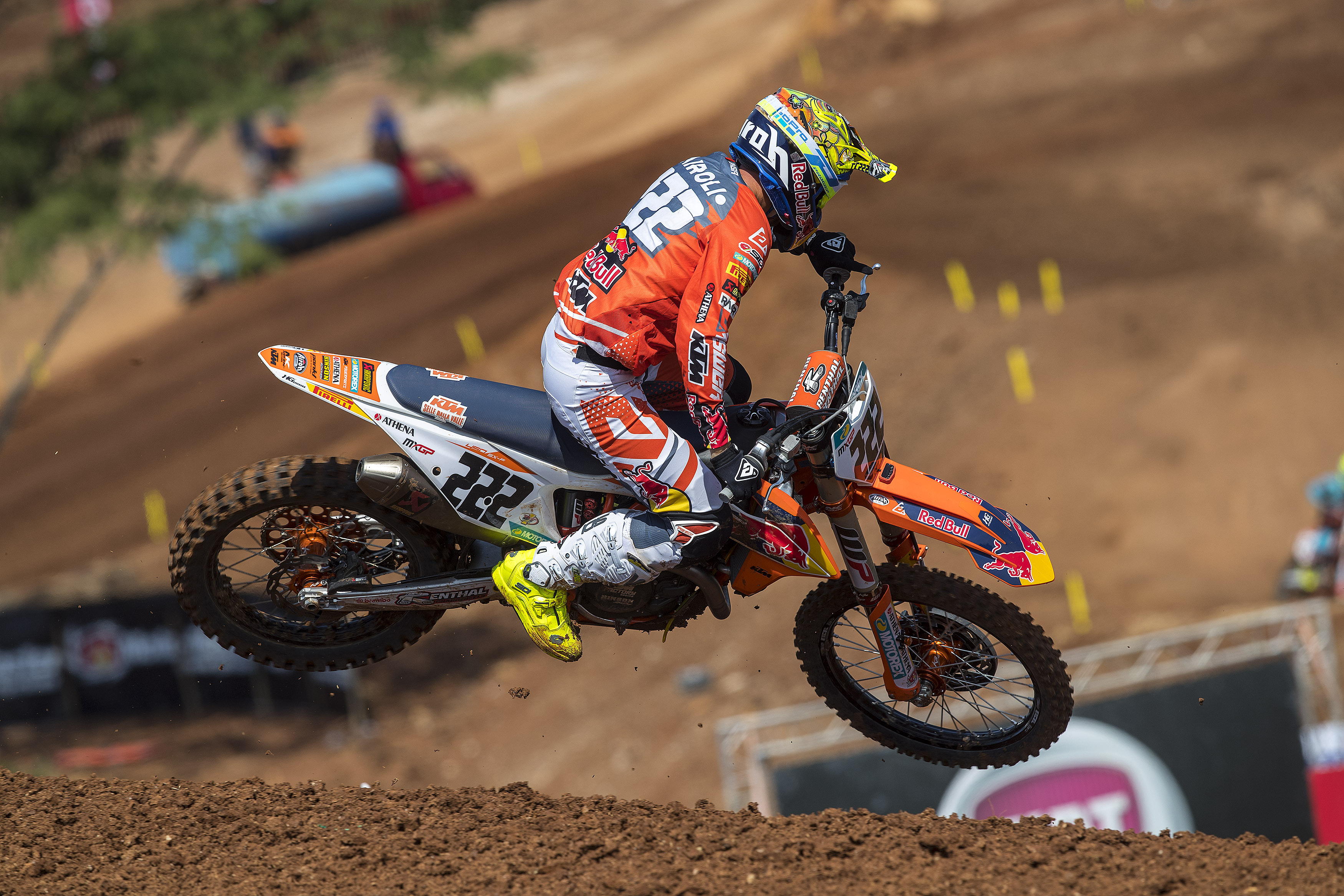 Herlings: “I don’t think we could have dreamt of these results. We came to Indonesia totally unprepared but to go 2-1 last week and then even better today – with the Qualification Heat and both motos – is absolutely awesome. We couldn’t have wished for anything better. This is not the ‘normal’ Jeffrey Herling yet but to leave Indonesia with two GP wins is a blessing. Red Bull KTM have done such an incredible job and I loved spending all this time with them. The team gave me a perfect bike and I would not be winning without them. I’m now looking forward to Loket in two weeks time. It is not my favourite track but the goal will be as many points as possible.”

Cairoli: “I was very worried this week because I had a lot of pain and until Friday I could barely ride around on a scooter! I tried on Wednesday and it was so painful so I knew it would be hard to race, especially at this hard-pack track that is so tough on the landings. On Saturday it was almost impossible to ride without painkillers and for Sunday we decided to have an injection. The pain slowed a little bit but only for 15-20 minutes. The first moto was good actually; third place and I didn’t expect that I could be top five with this problem. It was a surprise. I had a good start in the second moto but was pushed a little bit wide by Jeffrey on the first corner and we both lost the lead as we were 1-2. I made another mistake on the jump, came short and hurt the thumb again so I dropped back to ninth and I knew I needed to regroup. In the end fourth was good and just one point from the podium. We know we have lost some points for the championship but there are still a lot of GPs to come.”