Is the multitude of team trucks in Australia a massive waste of money or a spectacle to behold? We look at both sides of the story.

YES – SCALE IT BACK

It’s impossible to justify the proliferation of semi-trailers at the motocross in light of the current state of the industry. Bike sales are down and budgets are dropping, so why in the name of the god-of-roost would a team outlay the type of money that it takes to buy and then retrofit a full rig for racing?

The most consistent complaint around the pits is that the sport is stupidly expensive and it’s hard to see a clear return from the investment. Then why invest so much through the purchase of a semi-trailer when a Sprinter van will do the job? The semi won’t win you a title and it won’t sell bikes. It’s a ballpark $100,000 investment before you’ve even seen a gate drop. And some of this money is being spent by teams that haven’t won a major title in years, if not over a decade.

Add to this the difficulty of finding venues that can park the horde of trucks rolling in. This cuts out some good quality tracks around the country because while the track itself might be a challenge and rewarding for riders and spectators, it can’t accommodate such an oversized influx of mobile ego shows so we can’t go there. As a result we then also have to settle for tracks that perhaps shouldn’t be taking-on the big show that is the MX Nats, simply because they have enough space to park the things that brought the bikes. Now that’s not a great way to determine the best locations for rounds of the highest profile offroad series in the country. And it can be a little depressing watching our very best riders take on a track that’s unchanged from the week before when the club held a race for 85s, simply by merit of its parking space.

There will be trucks rolling in to races with two or perhaps even just one bike in them this year. When did it become necessary to transport a single motorcycle in a semi-trailer? How ridiculous does that sound when you say it out loud!

And that convoy used to be a conga line of HiAce vans that traversed the country pretty much all at the same time. From track to track and state to state the bulk of the sport moved in vans and as a large and close mobile community, something that is almost all but lost now apart from the solid privateer who used to be able to shadow a Danny Ham or Craig Anderson on the drive and feel like they’re part of the big show to a degree. But now the privateer is well and truly and quite literally in the shadow of the semi which dominates all available space, pushing the smaller outfits further from the action and deeper into the shittiest available areas.

The rig is a space and resource wasting diesel muncher. 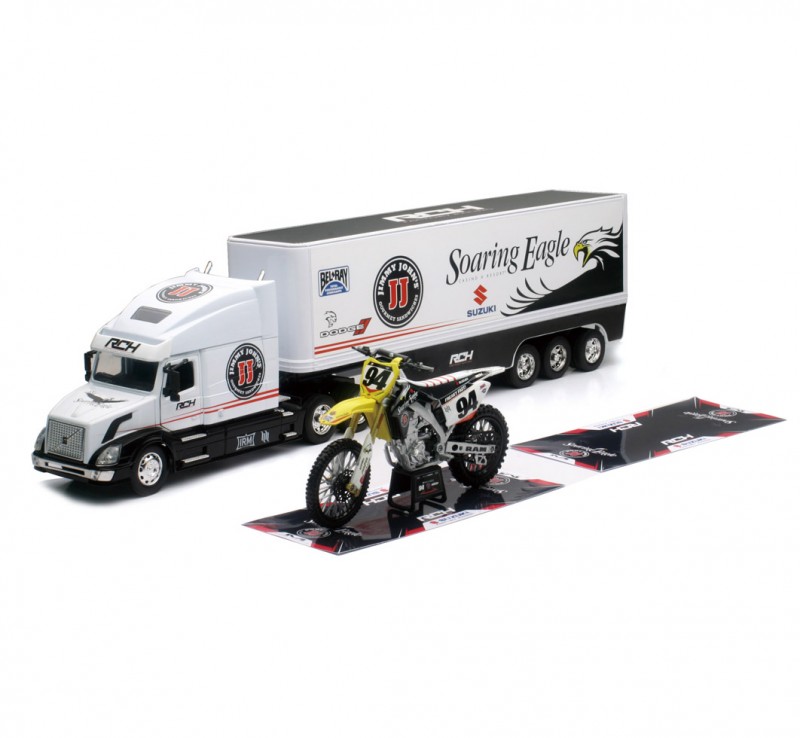 NO -LOVE ME SOME RIG

What sport doesn’t have a degree of spectacle attached to it? Supercars do, horse racing certainly does and Formula One is king of the spectacle. Some would argue a couple of the aforementioned sports are not much more than the spectacle alone. Sport isn’t just about winning or losing, it’s also about a celebrating the sport itself and trucks play a big role in that as the single biggest display of loyalty and love for motocross at a track.

The truck is not just a big billboard (although it is an effective one at that), but a place for the fans to congregate to meet their hero and see the bikes they drool over up close. It’s the kind close contact any sport needs and if that were the back of a van the impact would be severely diminished to the point where, well you’re standing at the back of someone’s van, what needs to be said.

Also trucks in motorsport aren’t just bike couriers, they’re mobile hotels, kitchens and mechanical workshops. They’re meeting rooms and function centres and places of peace in an otherwise loud and obtrusive environment. Teams sleep in them, eat in them and work in them and that offsets the cost of accommodation and flights. When you look at out of the way races like Finke, there’s no way a totally professional outfit could be prepared and in the hunt for the win without the use of a truck anymore. It’d be expensive and time consuming and the investment in the win is too great for Factory teams to not be absolutely covered for all eventualities. And there is no better example of a race where the truck serves all purposes from hotel to workshop than Finke and the all the testing throughout the year associated with the race.

The site of an MX Nats pit area is breathtaking. There is no way you can’t walk through those gates and not get pumped for a day of racing and a large part of that comes from the majesty of those beautifully presented trucks. That site is also the type of thing a potential outside sponsor wants to see and also one that an established sponsor loves.

The rigs are a part of the modern sport. Long live the rig. 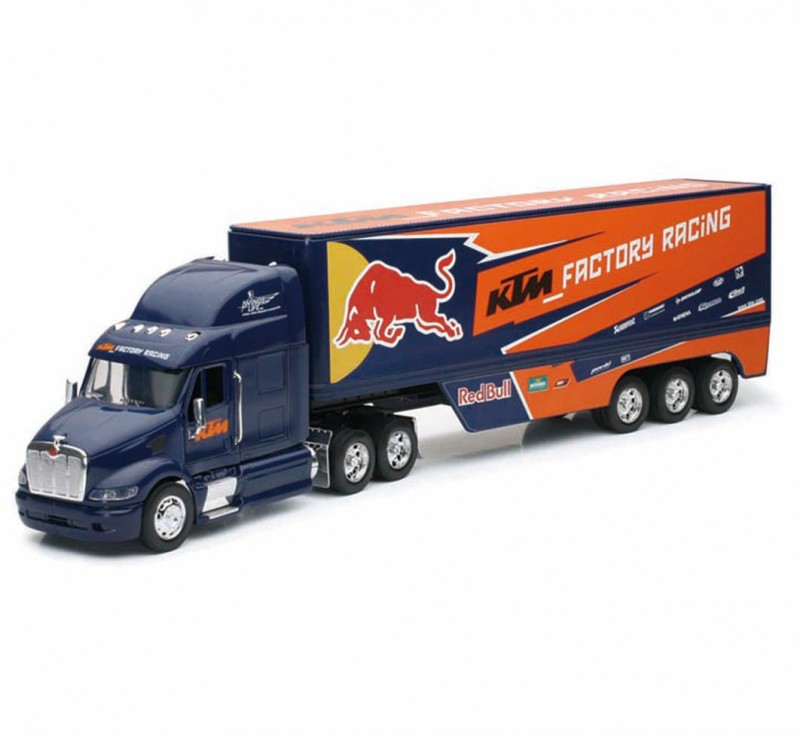