Next time you wander through Darling Harbour, NSW picture a supercross race being held smack bang in the middle of all the hustle and bustle. Pretty cool thought huh?

Well, in 2001, Red Bull pulled off the un-thinkable. Running a Supercross event, featuring a water jump, a leap over a pond, a truck jump, a set of stairs and timber berms. Insane? Yes.

Unfortunately, despite all intentions and plans to run the event again in 2002 – another motorsport event sent dirt into the waterways and the harbour and in turn, the Red Bull City-X was never run again…

The Five-metre water jump claimed a few, including our very own Motocross Editor, Shane Booth. Craig Anderson would go on to win for his then sponsor Red Bull and the event would go down as one of the most spectacular events in Aussie motocross. 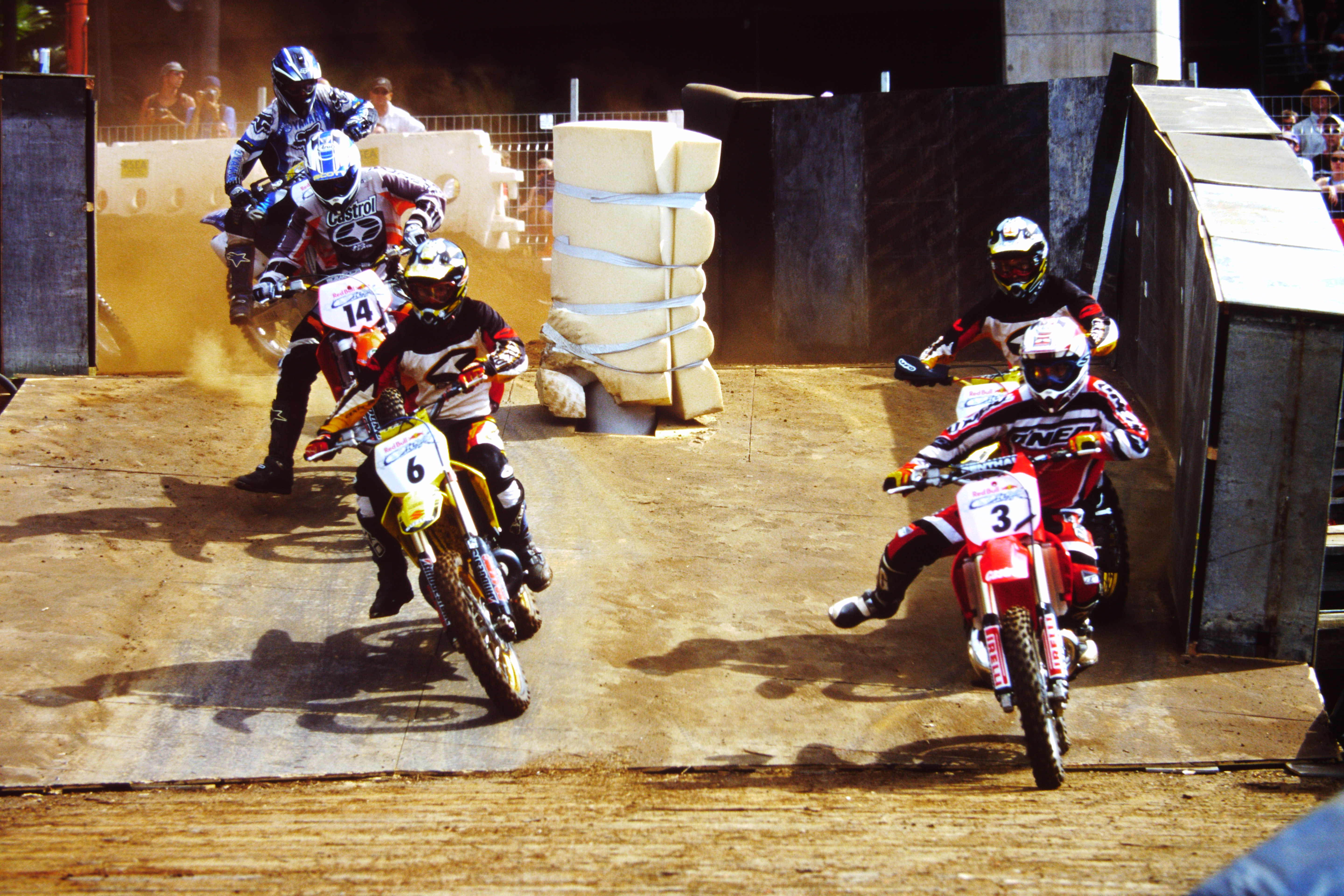 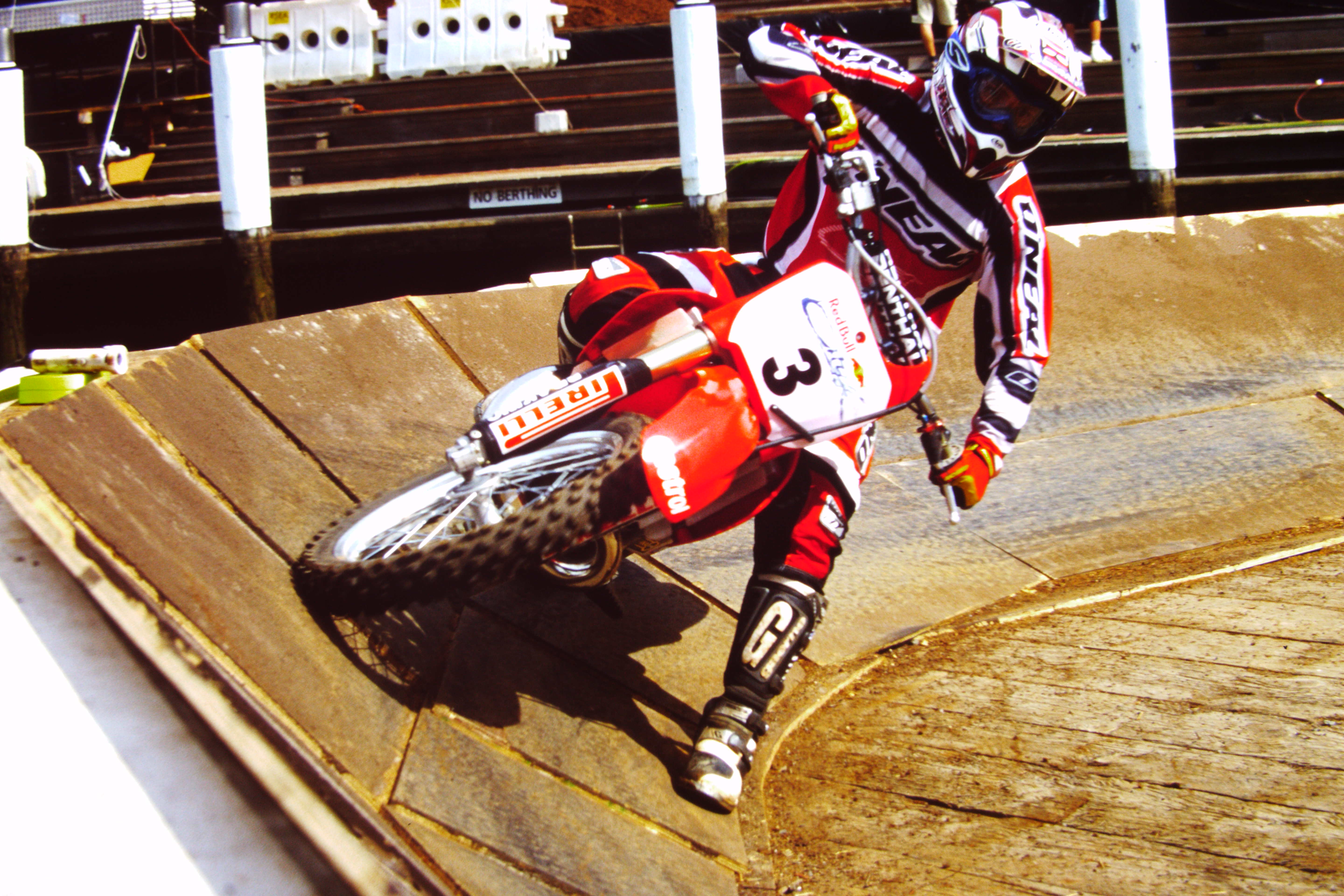 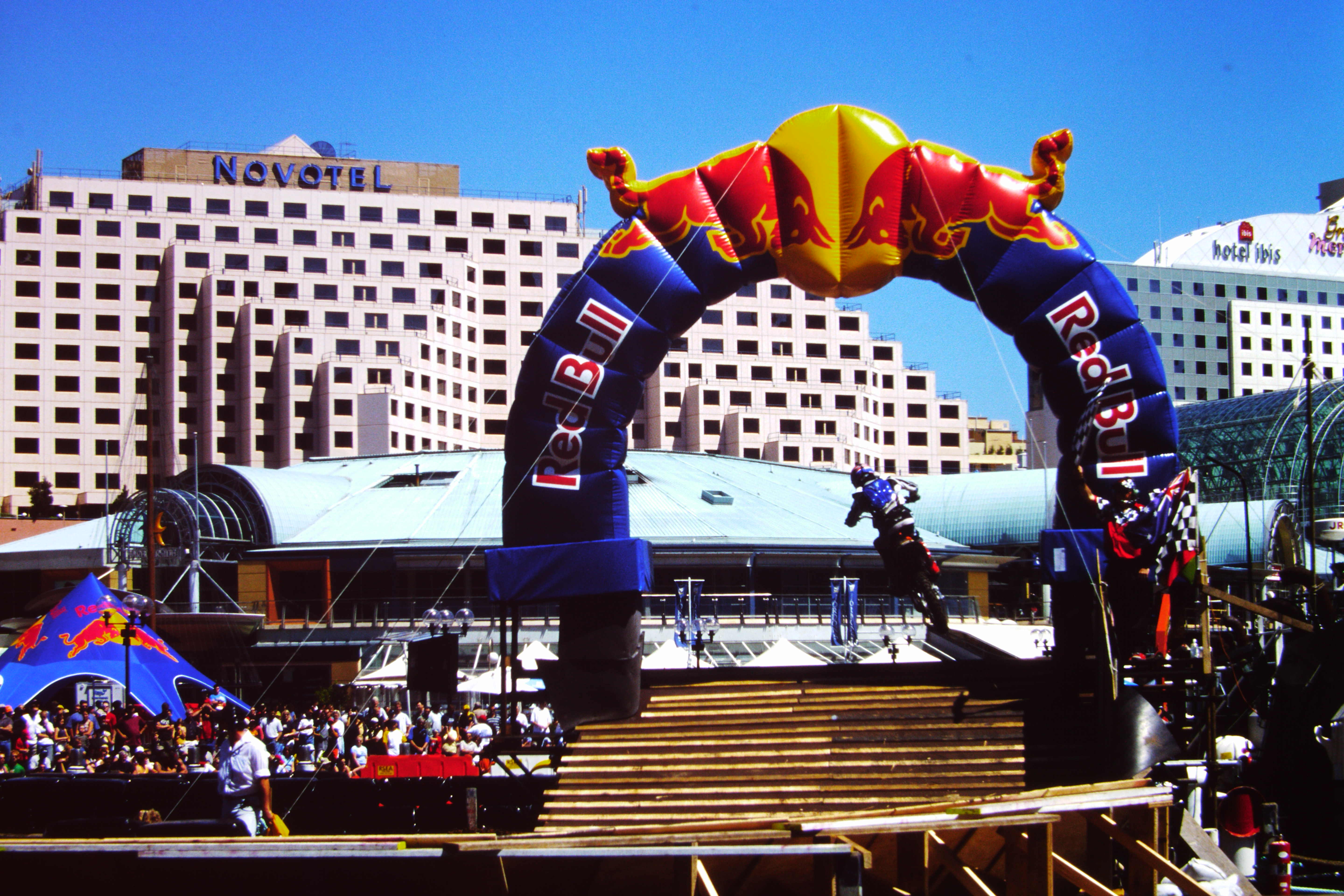 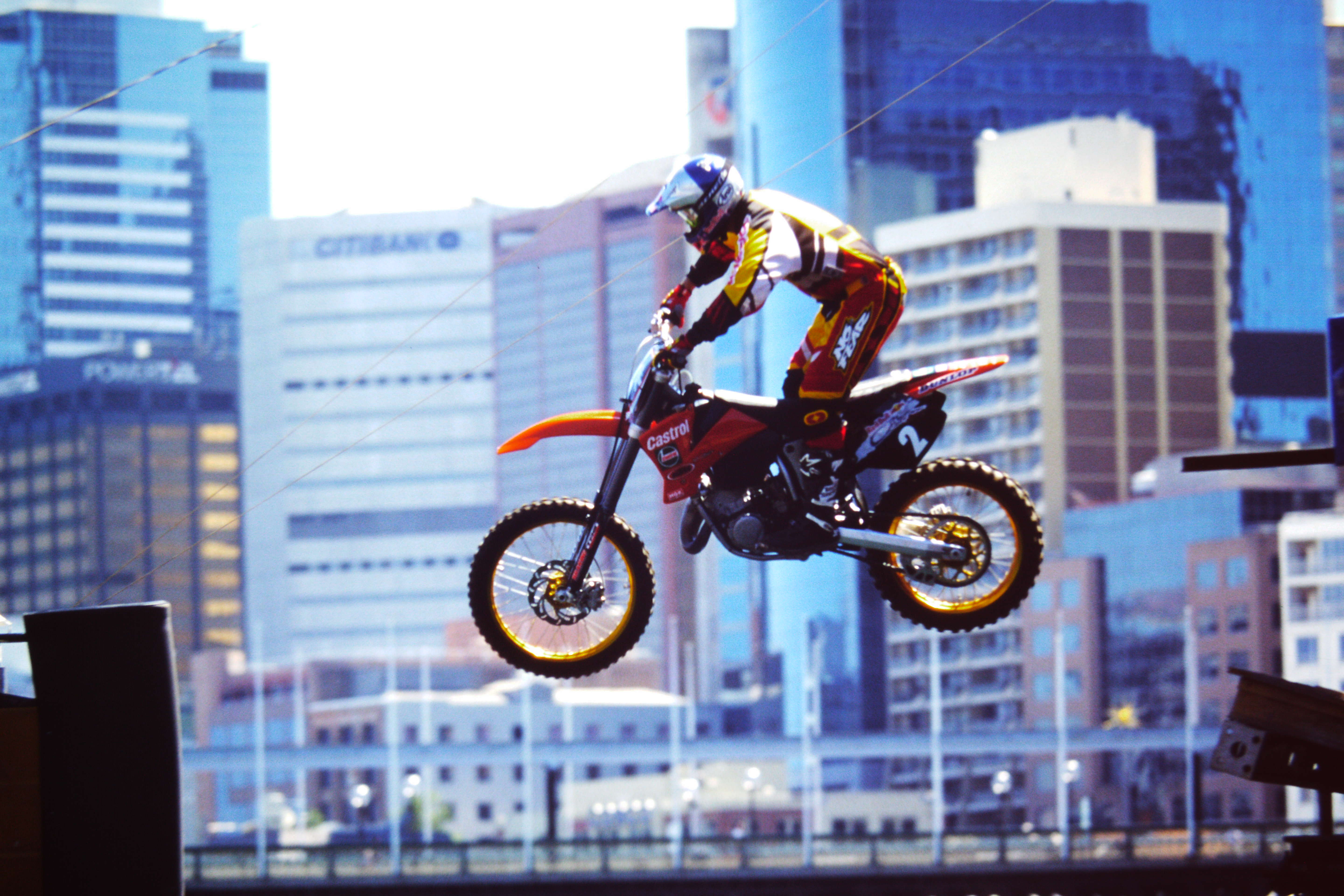 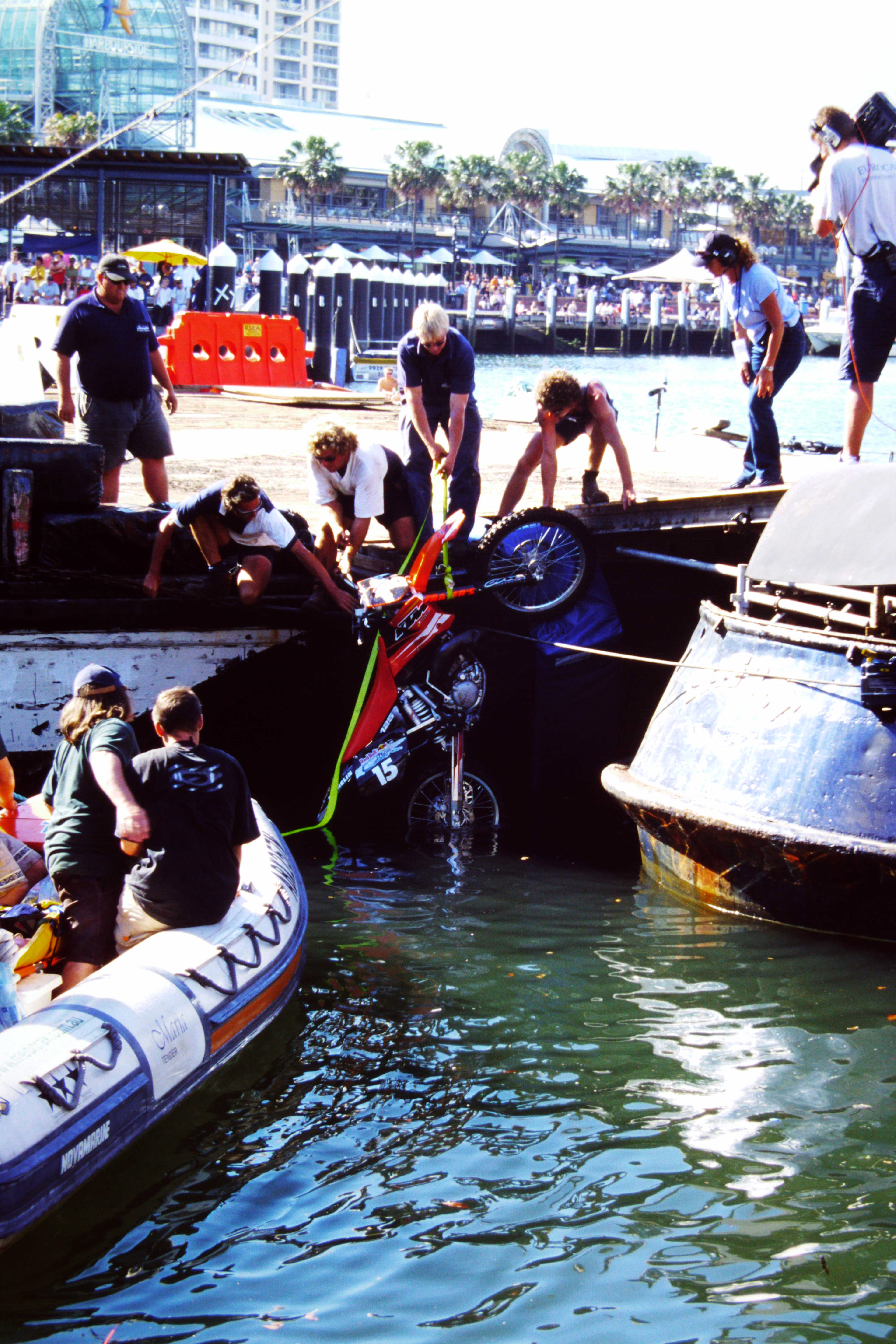 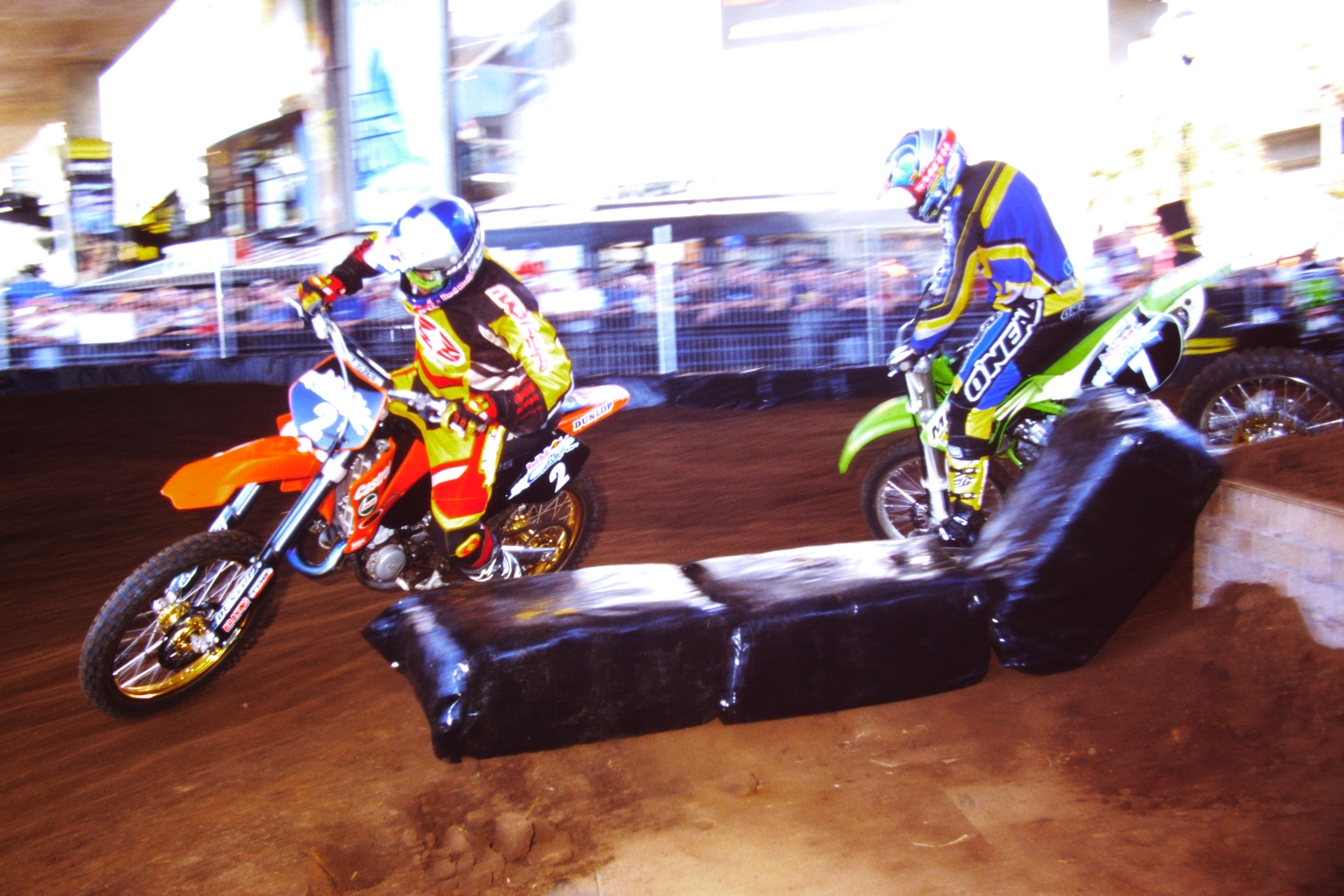 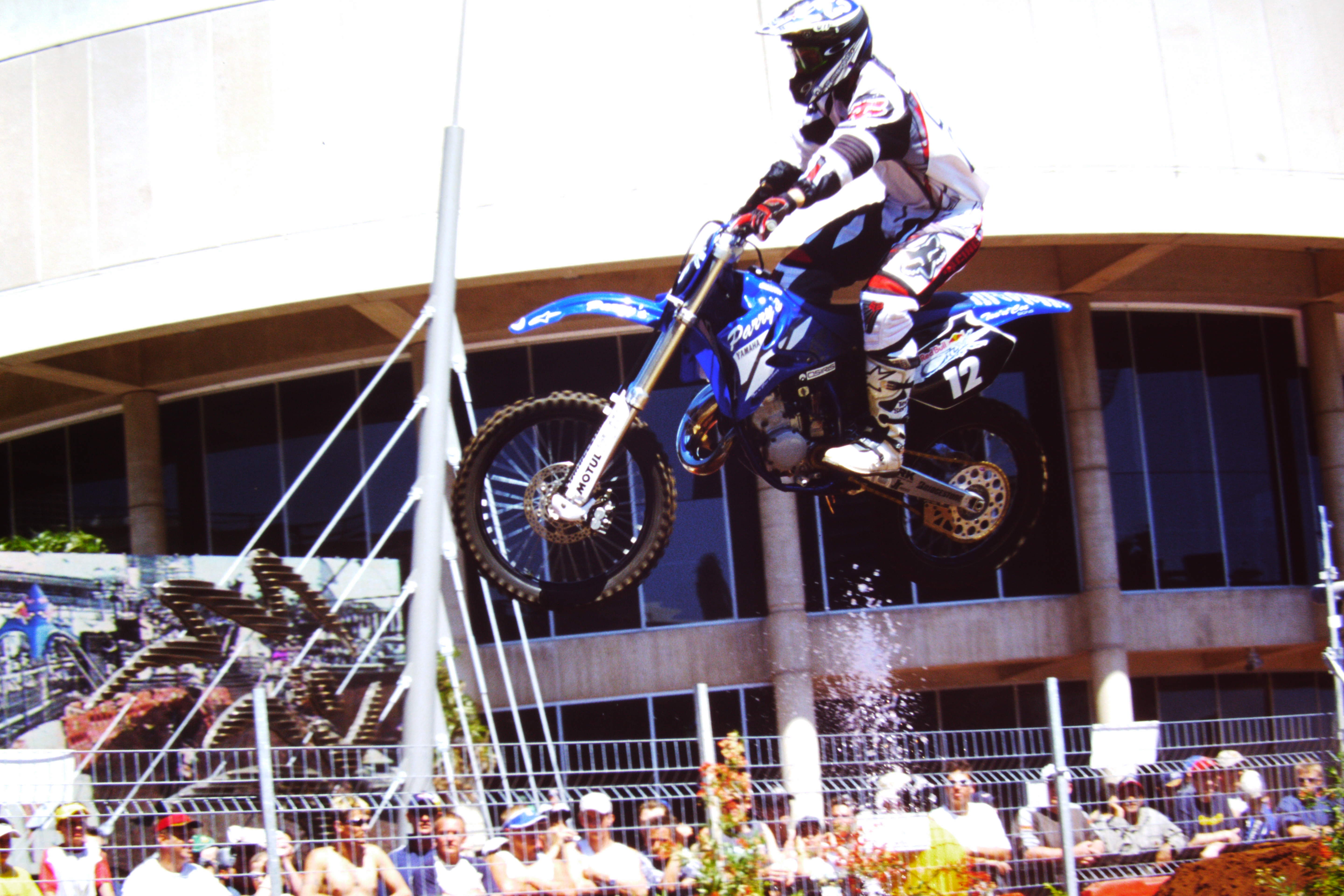