Dean Ferris has finalised his 2018 MX Nationals domination by clenching the MX1 Championship with one round to go. The CDR Yamaha Monster Energy Team’s title makes it three in a row.

The Ferris- CDR Yamaha partnership has proven to be almost unbeatable since Ferris returned from Europe at the end of the 2015 season and has dominated the domestic motocross scene, no more evident than on the weekend when Ferris put together the perfect weekend to stamp his authority on the championship and claim it with one round to spare.

Holding over a 100 point lead coming into round nine, Ferris could be excused for putting things into ‘championship mode’ and just riding around to get the job done, but that is not in the 28 year old’s DNA.

For the first time in several rounds, he won the Superpole event with the fastest qualifying lap and a strong performance was all that was required to keep the number 1 firmly bolted to his YZ450F. But he exploded from the gates in race one, demanded the lead to take control of the race and despite being kept honest by Brett Metcalfe, he won the race and raised his arm in victory as the championship was secure in his possession once again.

But after some short celebrations with the team, racer mode was again selected for race two and Ferris was back on the job and laying it on the line taking a wire to wire win and making it nine row victories in a row and one of the most commanding championship surges Australian motocross as seen.

“As I said earlier in the week, my plan was to just keep doing things as I had been doing them and nothing really changed despite the fact there was a championship on the line,” Ferris said calmly at racings’ end. “Maybe the biggest thing for me today was that I actually won Superpole, as I have been pretty ordinary in those things this year, so it was good to get a good lap in and get a little boost going into the first moto.

“But overall, this year has been a dream for me and It’s been awesome to work with some great people and companies that support me. It’s also good to have plenty of friends and family who made the trip up from Kyogle to be here for me means a lot.

“My partner Renae has to put up with a lot as I can get pretty intense at times and she does a great job looking after our little family. I love that she is a part of my life.

“The CDR Yamaha Monster Energy Team are the best in the business and everyone works so hard and are so determined to succeed that it motivates me to work with them. Thank you to everyone on the team and are loyal sponsors who also provide us with what we need.

“Now, with the championship out of the way, I’m looking forward to going to Coolum and just enjoying the weekend. My first championship in 2016 was all pressure with three of us going for the win and last year also had plenty riding on it, so to roll in this year with the pressure off and just for the love of racing is good. I can’t wait!” 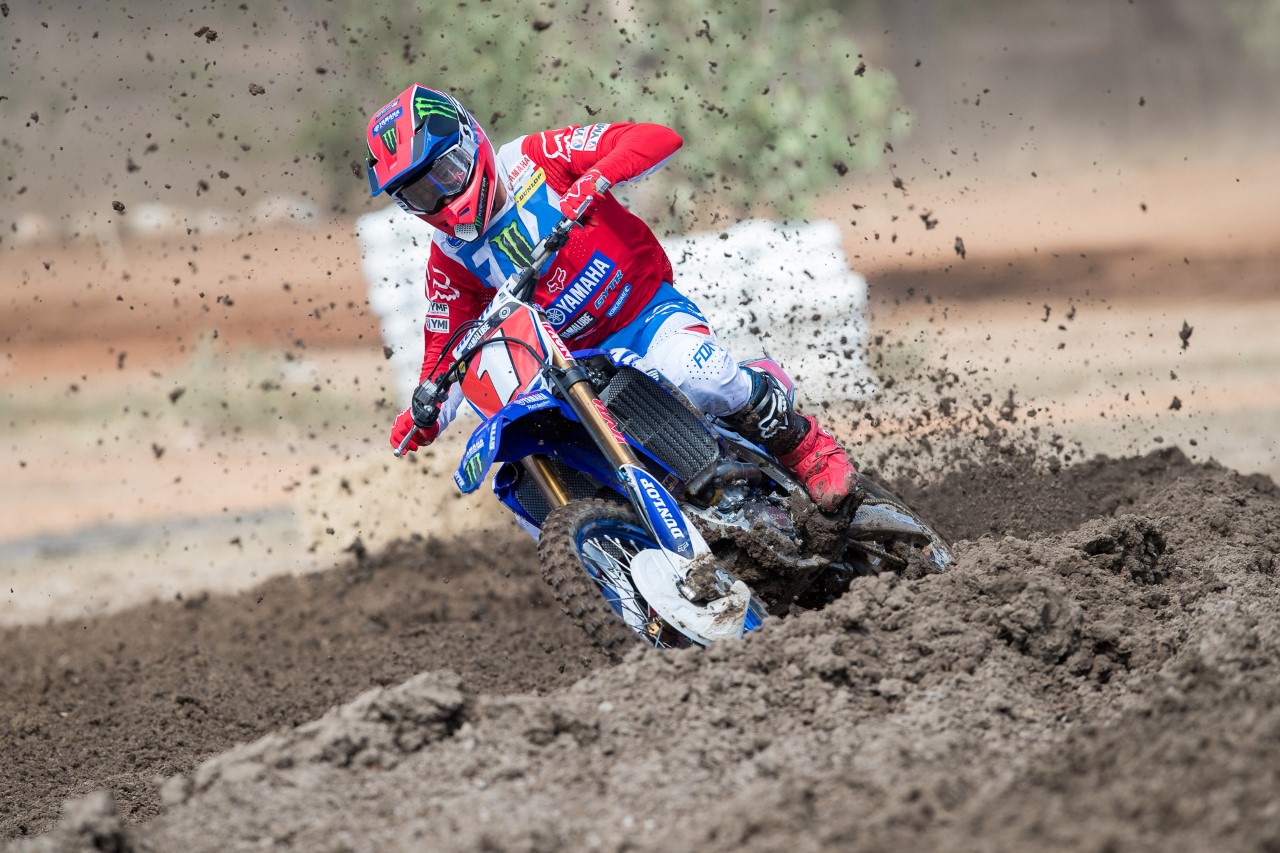 Ferris threepeat now makes that eight MX1 Championships for the powerhouse CDR Yamaha team in an 11-year period. Jay Marmont, Josh Coppins and Now Dean Ferris have all played a huge part in the dynasty the Yamaha team has produced over the years’ but the success is never taken for granted by team owner, Craig Dack.

“I have had the pleasure to work with some true professionals of the sport over my time in the past 27 years and Dean is rated right up there with the best of them,” Dack explains. “He is a pleasure to work with and has become a great role model and ambassador for not just Yamaha, but for our sport and I hope that plenty of the young riders starting out in the sport want to be like Dean Ferris.

“Three years in a row is special for the team and eight in eleven is also a great reward. It also shows the commitment my staff and our team sponsors have in meeting and striving for our goals. Our success is due to many factors but none more than the relationship we have with Yamaha and their continued supported is the key to our success. The Yamaha product is the best on the market and the working relationship between Yamaha and CDR continues to flourish.

“Thank you to all our other partners, many have been with us for over two decades. Dunlop. Fox, Pro Circuit have been there since day one and this year we were joined by Monster Energy and Go Pro who have both become integral to our program.

“Winning this championship means every bit as much to me as winning our first one and I’m proud of what we have been able to achieve,” Dack signs off.

On hand to witness Ferris and CDR Yamaha winning their third consecutive championship was Yamaha’s Motorsport Manager, Ray Howard, who expressed his thanks on behalf of Yamaha Motor Australia.

“We congratulate Dean, Craig and his entire CDR Yamaha Monster Energy Team on another job well done. Winning one championship is difficult enough but to maintain the level of performance they have been able to achieve over the last decade is amazing and Yamaha are proud to play our part.

“Well done to Dean, Renae, his family and supporters on a fantastic season and the way he as conducted himself throughout the year. He thoroughly deserves all the success that comes his way,” Howard ends.

“The track was tough today with the deep ruts and hard pack clay and I didn’t really feel 100% out there but I was able to keep things moving along and pick up a couple of top five results. It obviously wasn’t as good as the last round where I was on the podium but to finish fifth when things were going great isn’t too bad.

“Coolum is a bit of a favourite track of mine so I’m really looking forward to next weekend and positive to finish the motocross season of strongly,” Long said.

The 10th and final round of the championship will be at the Coolum Pines circuit this weekend with action on track both days.