Cody Mackie has long been known as one of the most talented Motocross and Supercross racers in Australia. He has been at the pointy end of the sport since the turning pro in 2003. Injuries and bad lack robbed the likeable NSW-based racer from many titles he should have in his trophy cabinet, but his resume is long and results impressive none-the-less. He’s been James Stewart’s training partner, starred in the Red Bull X-Ray event, came within inches of beating Chad Reed in the Super X Championship opener and finished fourth in the Australian Motocross Championship in 2009.
Like many Aussie racers, dreams of US-success drove Mackie to the USA in 2012. He purchased a CRF450R and backed himself in the most prestigious series in the world, the AMA Supercross Championship. Doing what many have failed, Mackie made it work and with some head-turning results, he managed to land a ride with the Jeff Ward Racing Kawasaki team to fill in for Josh Grant with solid results and success. Before returning home to Australia.

BACK BEHIND THE GATES

In 2017, Mackie signed with MotoDevelopment to race a Husqvarna TC125 in the MX Nationals 125cc Gold Cup. The Cody Mackie of old was back. #33 stunned on lookers with his outright speed on the 125cc, often with lap times sitting him inside the top 5 of the MX2 class ahead of many well-paid factory-supported 250F riders.

With a mostly-standard TC125, Mackie managed to win every race entered on the 125 and finished the series in fine form – sending social media into meltdown with his massive launch at Conondale. Sailing drunks hill, a jump only a handful of 450 riders were hitting. We met Mackie near his home town of Kiama as he stretched his TC125s throttle cable around the Mt Kembla motocross track.

I saw some 125cc stuff happening around the world and see classes popping up around in the USA with the dream race and I mentioned to Kevin Williams about running a 125 class, he said he was looking at it and followed through for three rounds. I thought it was a good chance to race a short cheap series, which didn’t take much time up. I did about 26 hours on the bike which isn’t much, practicing and racing. I thought it would be something that would be fun to do, now I’m a family man and working I can’t risk getting hurt, the 125 takes a little of that risk out. With my coaching it’s cool to keep my name relevant in the industry by doing some races and show the kids I coach that I was still racing. I think they got a kick out of seeing their coach win on the weekend. I got way more exposure out of then I had ever thought. 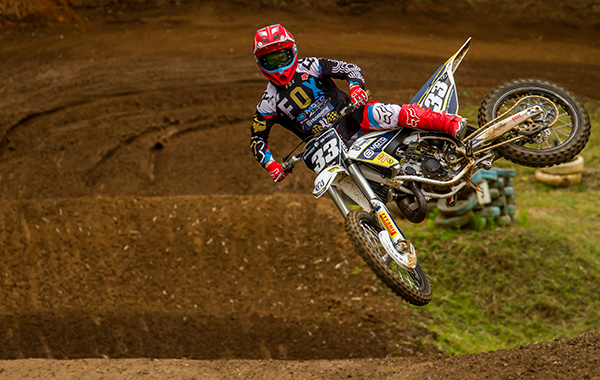 It probably doesn’t hurt that your lap times had you in the top 5 in the MX2 class against some guys on factory 250Fs.

For sure, that’s the competitive side of me coming out. When I was practicing I was often really giving it some chasing some faster rider that were there. It’s not like I had to do that to know I had the speed. Because I believe any pro motocrosser at the level I got to can come back and run a solid speed. For example, Luke Arbon hasn’t ridden for six months or so, he could get back on and do what I did. If you’ve got, it you’ve got it. You just lose fitness. I used to do 26 hours a week, not in a whole season!

I watched you chase some factory 450 riders at Mt Kembla and hang with them for a long time. Does that make you want to race again?

No! Not at all. That’s when you know it’s the right decision to step away from racing. Not once have I thought, “If I had his bike I could win,” or anything like that. I’m happy with the choices I have made. I don’t want to race at the level I was at, I’ll do some racing, some events, but I don’t wish I was still racing professionally.

Pretty impressive that you and Motodevlopment put together a little program and three guys from similar eras can win a championship first go.

For sure. We’ve wanted to something like this for so long; I’ve known Shane and Chris for 15 years, so it all worked with the help of them, the team supporters, Terrifirma Equipment Sales and Mac Track. There were always messages before the race to say good luck, and phone calls on the way home to say well done. It was relaxed and great to work together. I feel like even if we didn’t win we would all be happy. It was low profile and low pressure. A lot of guys can benefit racing the 125 class to stay relevant in the industry and maybe even build their career back for a crack at the main classes the year after. Racing a 125 is going to be a positive for your career, not a negative.

Stepping back to 2012, you backed yourself and went to the states. You didn’t whinge about not getting a ride overseas you risked it all and headed to the US.

I knew I was good enough to go to the US. It was the era where you were told you had to win in Australia to even consider going to the USA. I tried for 10 years and I thought I’m never going to win this championship. I tried the US in 2007 and broke my hand. I came back to Australia to a factory Kawasaki ride because it was too easy.

In 2011 I had an OK series and again I got told I had to win in Australia to go over there. And I had burnt 10 years trying. I thought f#ck this, I’m going.

The first couple of races I only missed the main by a couple of places. I often look back and look at who I raced and it’s pretty cool. I finished 12th in San Diego which was my best result.

To the fans, you sort of came back from the US then dropped off the face of the earth when you were in the best form of your life.

I had just bagged some of the best results of my career and the opportunity arose to work on Mad Max and I moved to Africa for six months. I had phone calls saying I was crazy for stepping away from racing at 24 or 25, which is younger than Gibbs and Ferris are now. I didn’t want to get to 34 and have to rethink what I was going to do to earn a living. It comes with sacrifices. I stepped away from any spotlight, being at the races, signing autographs all that sort of thing. I had one more crack at racing properly in 2013 with 07 Motorsports, which folded. Something steered me towards stunt work and it’s been great so far. 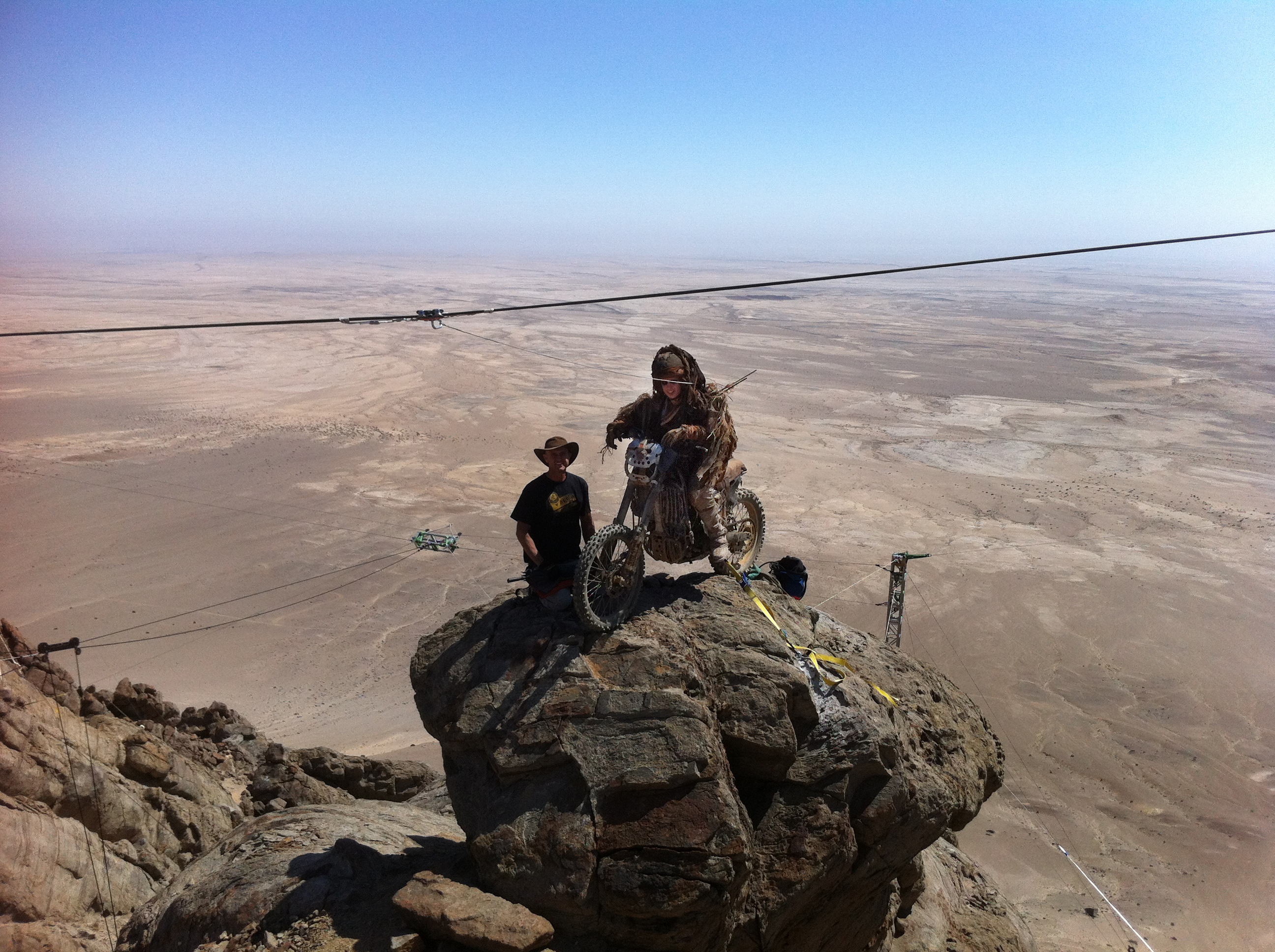