A week after sweltering conditions in Florida, MXGP returned to cooler temperatures in northern Europe and for the third year in a row the historic TT Assen Circuit entertained the FIM World Championship with a rough and shallow sandy layout temporarily constructed over the famous GT chicane at the Dutch venue. The eighteenth round of nineteen saw Tony Cairoli needing to finish in the top sixteen of the first moto if teammate Jeffrey Herlings won the race and the Sicilian duly racked-up his ninth crown and sixth for KTM by holeshotting and pushing #84 hard to the finish line. 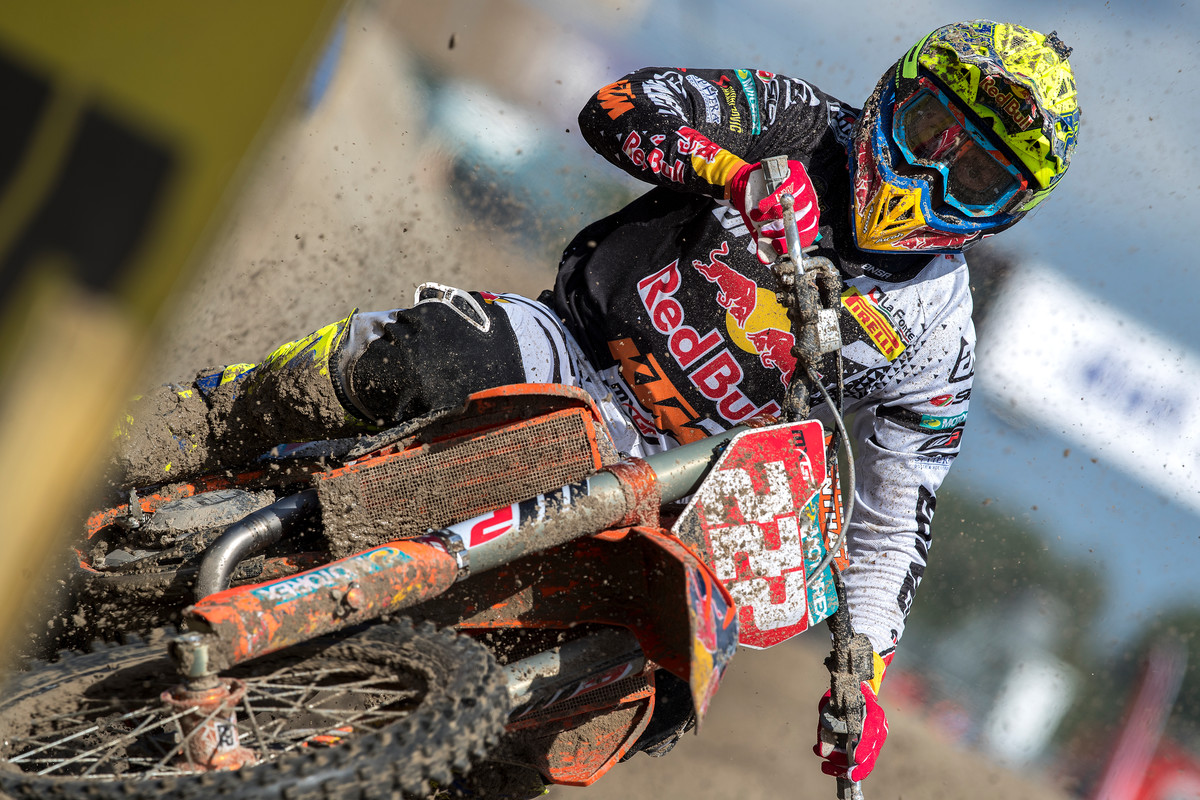 The 31 year old is the second most successful rider in the FIM contest that was born in 1957 and gave KTM their first premier class crown with the 450 SX-F after five accolades with the 350 SX-F between 2010-2014. It also completed the set with the motorcycle having won AMA 450SX & 450MX titles in the USA in recent years. In the second moto Cairoli tried to rally from a top six start and again follow Herlings who broke free from the pack after two laps. He challenged Max Nagl for second spot but lost his tear-offs and crashed two circulations before the finish; eventually taking sixth for fourth overall.

Cairoli: “I know what it takes to make a solid and consistent championship; we made it and I’m really happy about this. It was an amazing season, one of my best. It is amazing I can still improve myself after almost fifteen years of the world championship. I’m proud of this. It is the first with the 450 KTM for me, which is very special. We had a good weekend.” 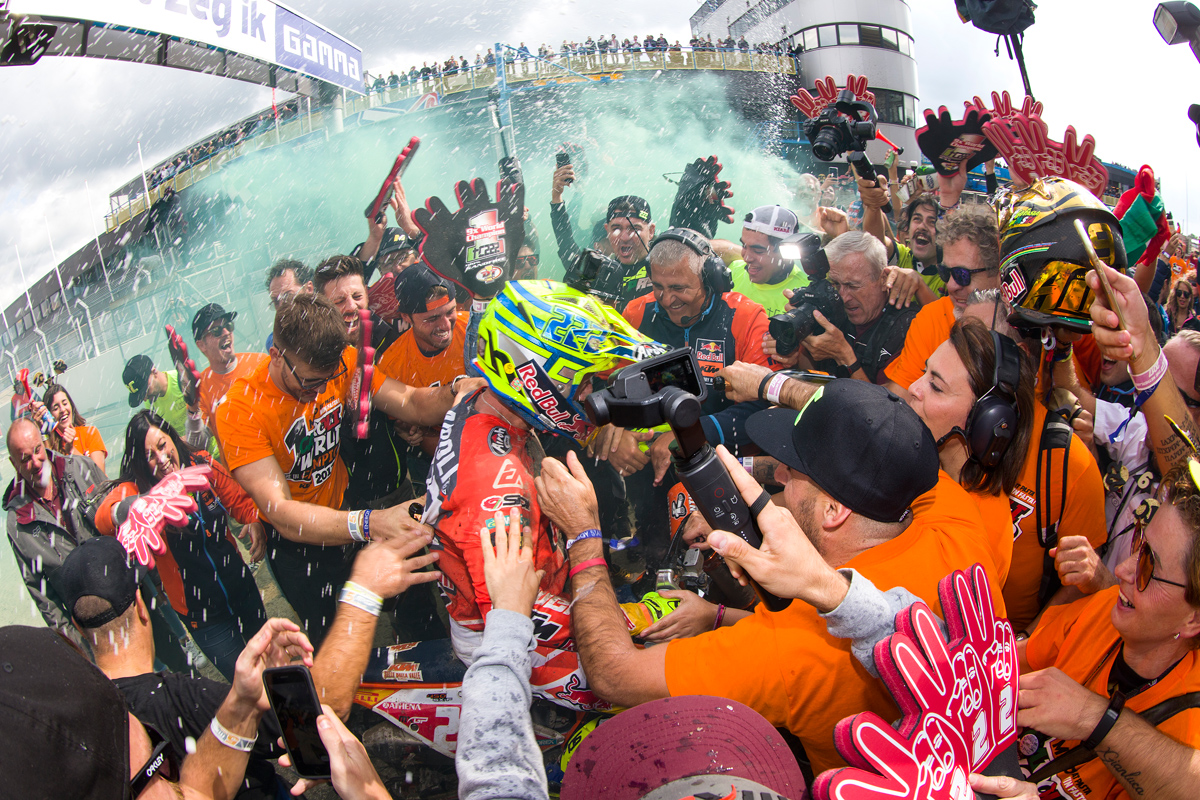 #222 might have celebrated another championship on Dutch soil (he also partied at Lierop in 2005 and 2009) but the Grand Prix was a showcase for the sand capabilities of Herlings. The Dutchman recovered from a mistake in the Qualification Heat on Saturday to grasp his fourth Pole Position from the last five outings. He roused the crowd in both races to record a third 1-1 of 2017. The 50 points also mean the ‘rookie’ banks second place for the year and KTM’s first 1-2 in the history of the premier class.

Herlings: “I want to say a big congratulations to my teammate Tony; it is his ninth championship and he was the best guy through the season. Today was really good. I came from sixth-seventh to second and caught Tony to win the first moto. I had some wheelspin in the second moto and was in tenth but worked my way to lead in a couple of laps: it was a good moto and I was able to win with a big gap. I’m really happy with my first Dutch GP win on the big bike. I really appreciated the support here today and not just for me but for all the riders. I also happy to get second in the championship and it’s good [considering] where we came from at the beginning of the season.”

Glenn Coldenhoff was riding at the scene of two consecutive podium finishes in 2015 and 2016 and the #259 was again impressive in Qualification on Saturday. For the motos the Dutch ace had to recover from a so-so start and a mid-pack position to gain a decent sixth place at the first attempt. A dramatic multi-rider crash that saw his bike flip over the fence was not the launch Glenn wanted for the second moto and he defied pain in his left arm to catch the field and fight to fifteenth. Coldenhoff rested in tenth place overall.

Coldenhoff: “The weekend started off well. I always feel good here but I had a bad start in the first moto and on this kind of track it made things difficult. Anyway, I came back from fourteenth to sixth so it wasn’t too bad. I was disappointed I messed up the second race. I came together with another rider at the start and I have a lot of pain in my arm now. I was chasing down Nagl and Van Horebeek in the championship but with a fifteenth place in that second moto I am not chasing down any more! Now I need to stay focussed and hopefully I can ride next week and keep ninth in the series; that would be good. I really appreciated the support. I think it was four laps before I even caught the last rider in the second moto but they were cheering so much.”