In the latest issue of Dirt Action Magazine, you will find the full test on Egan Mastin’s KTM250SX – the only two-stroke to win an Australian MX2 title since the 250F v 250 two-stroke class kicked-off. Our Motocross Editor Shane Booth has put together a comprehensive test on the bike in the latest issue of Dirt Action Magazine. But since I was there to photograph the bike, and got the job done quickly I thought it was rude not to throw a leg over and see how it feels to a beer-drinking C-Grader. 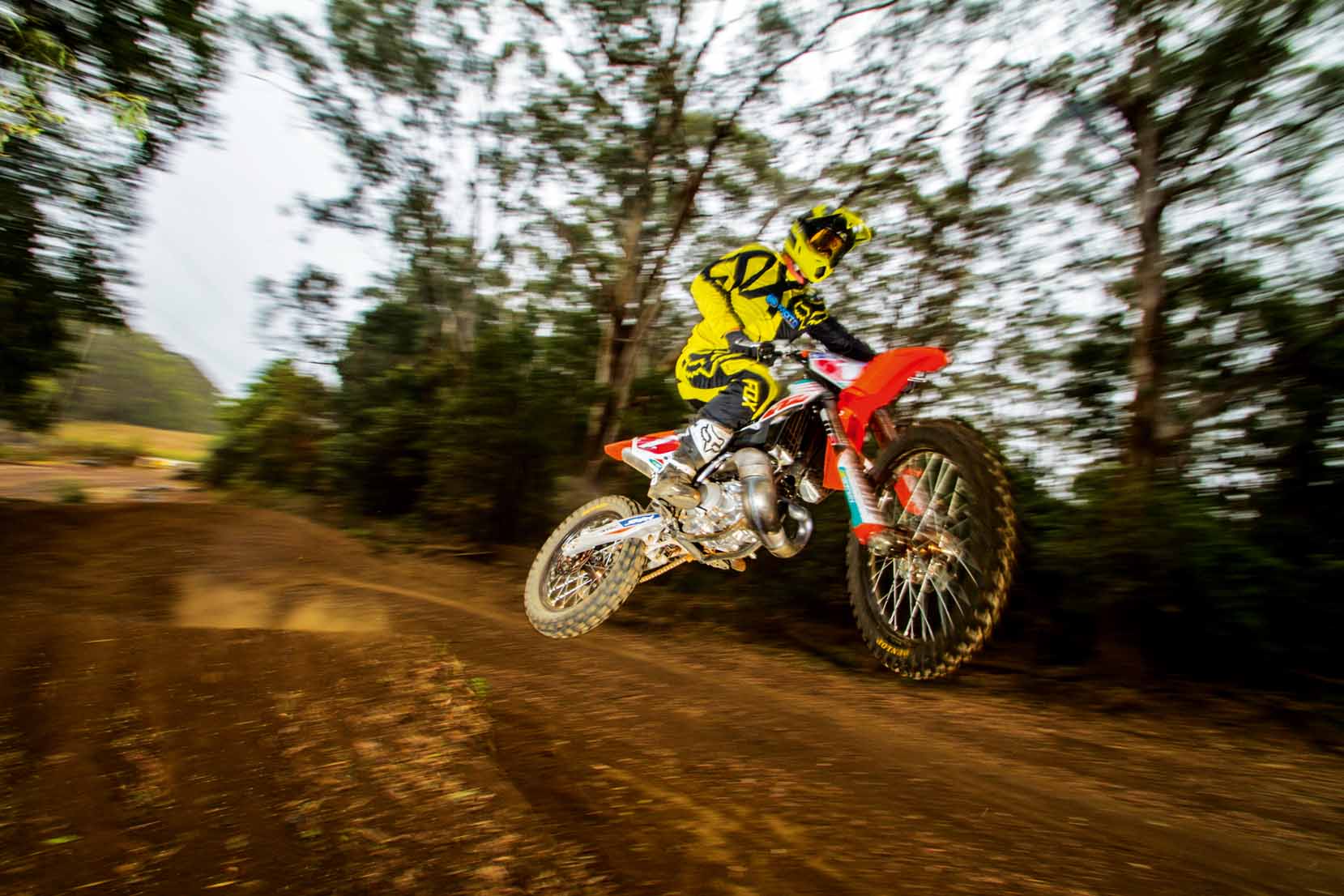 Egan’s bike was surprisingly easy to ride. It had more bottom-end than a standard 250SX.  I could almost ride it like a four-stroke, almost. I found I could keep the bike in a higher gear than what I would usually on a standard 250 two-stroke and use some of the extra ponies to pull out of the turns. When you are in the meat of the power curve though, she honks! It’s certainly not as easy to ride for an extended period of time though, when you compare it to hanging onto a 250F. 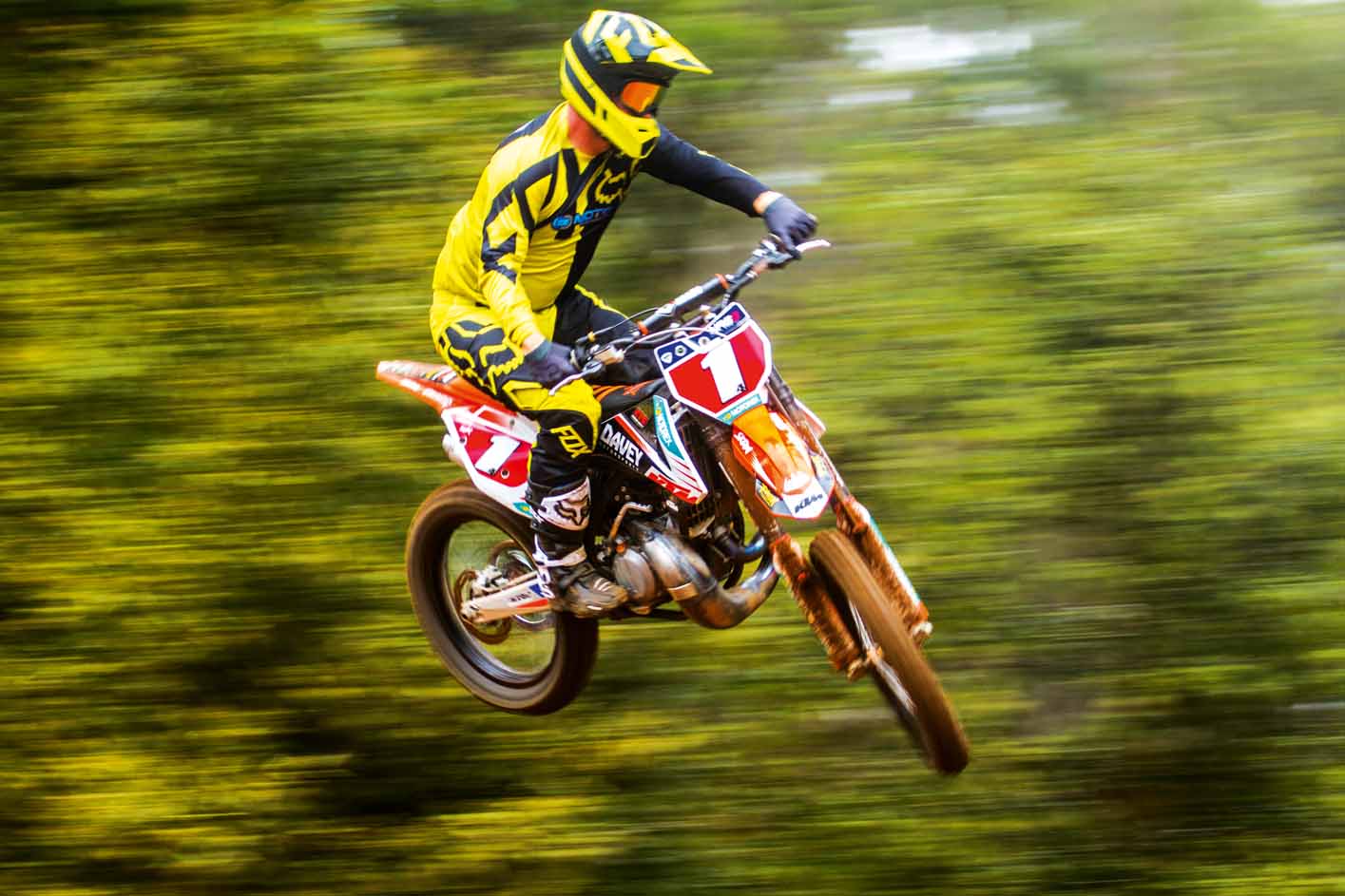 You can tell there is some seriously good suspension beneath this beast.  I’m pushing 100kg and not even close to the speed that Egan is, but it was a nice set-up. It held up in the stroke and was confidence inspiring to go that little bit faster.  Up front on the KTM you’ll find WP 48mm cone valve forks and WP Trax rear shock in the rear. 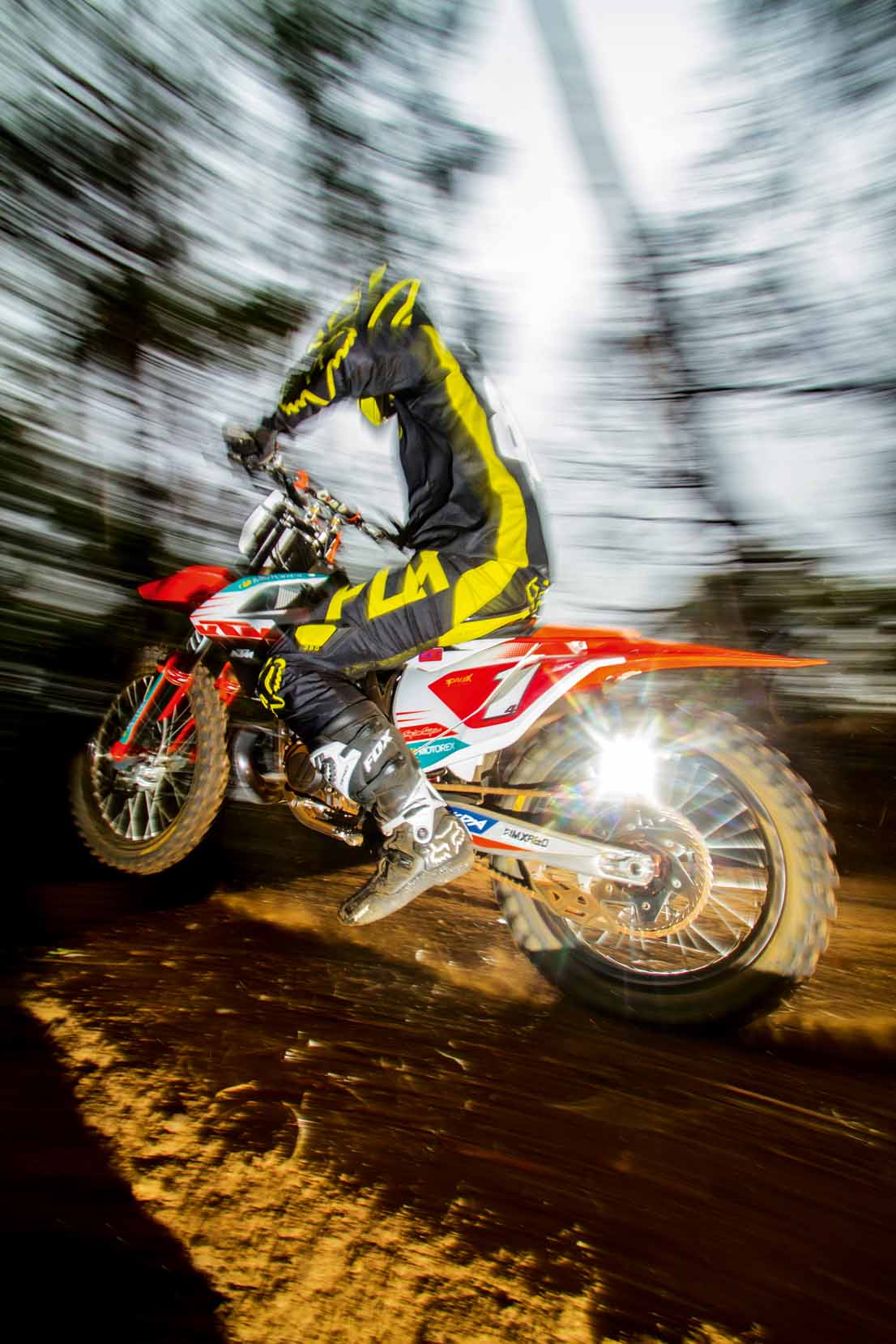 For a bike which is able to be built through parts and accessories, the team at MXR & D have developed this bike into a fantastic package that anybody can put together if they have the budget and tuning know how. This bike has been developed to take on factory 250 four-strokes and the team have done a great job. 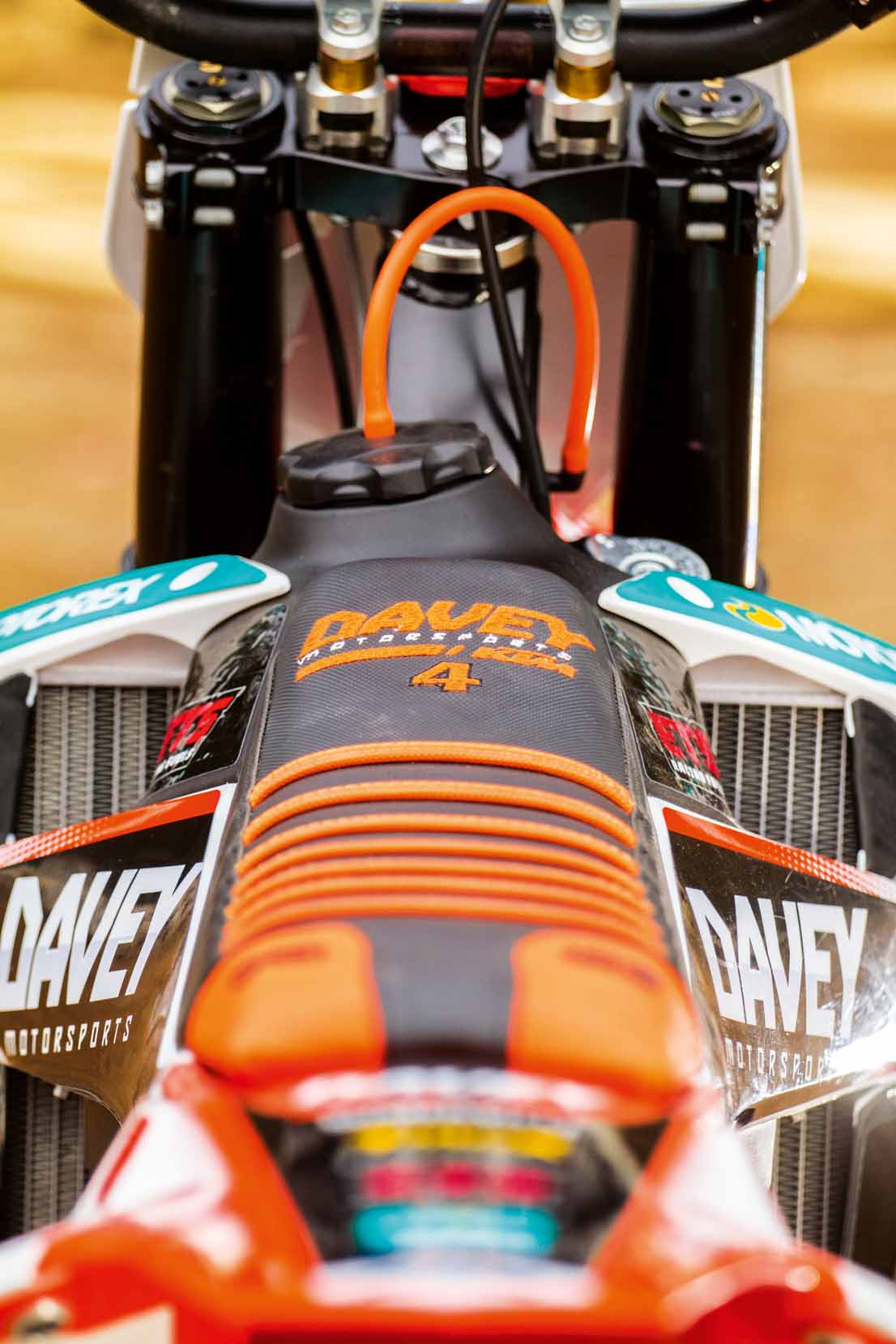 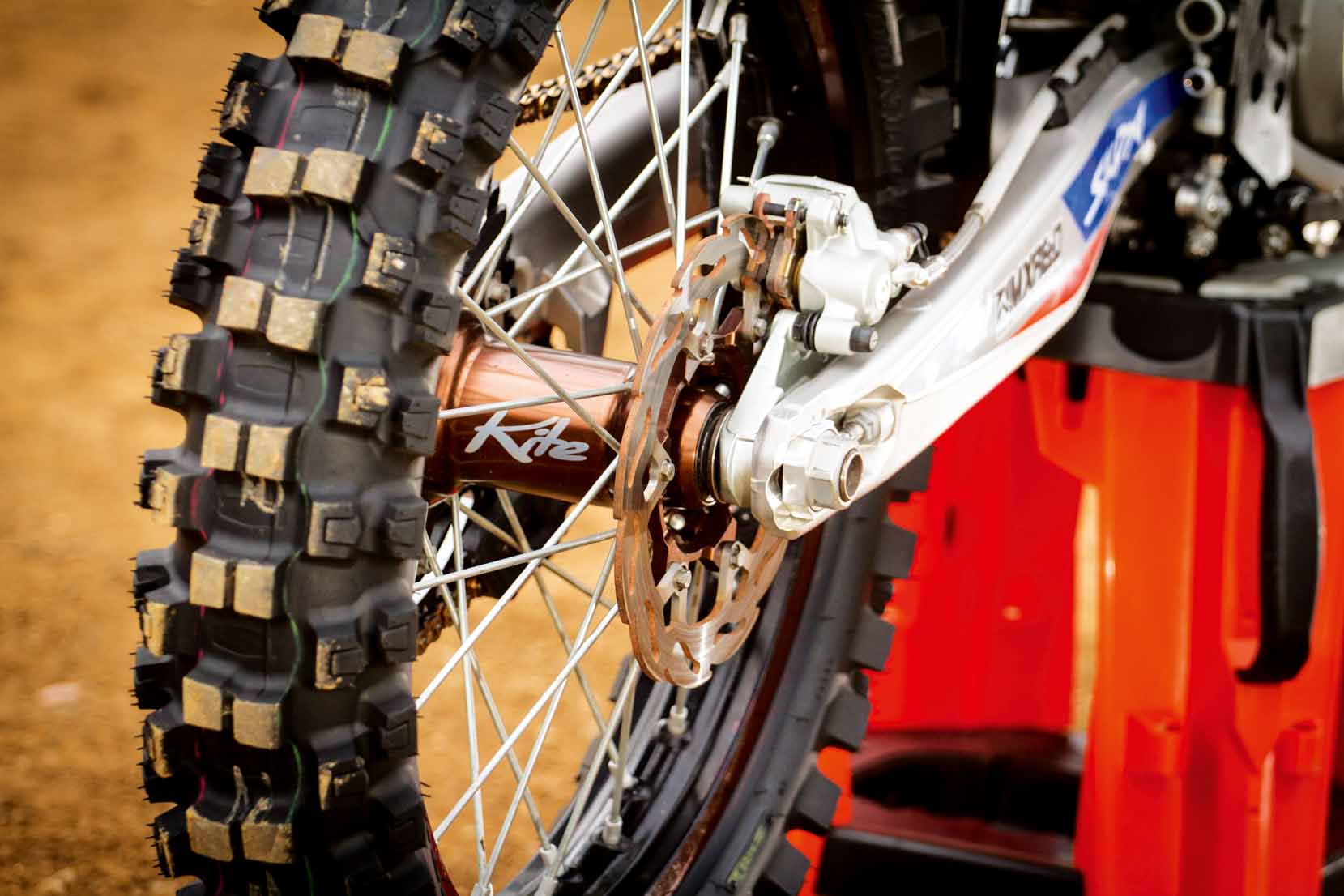 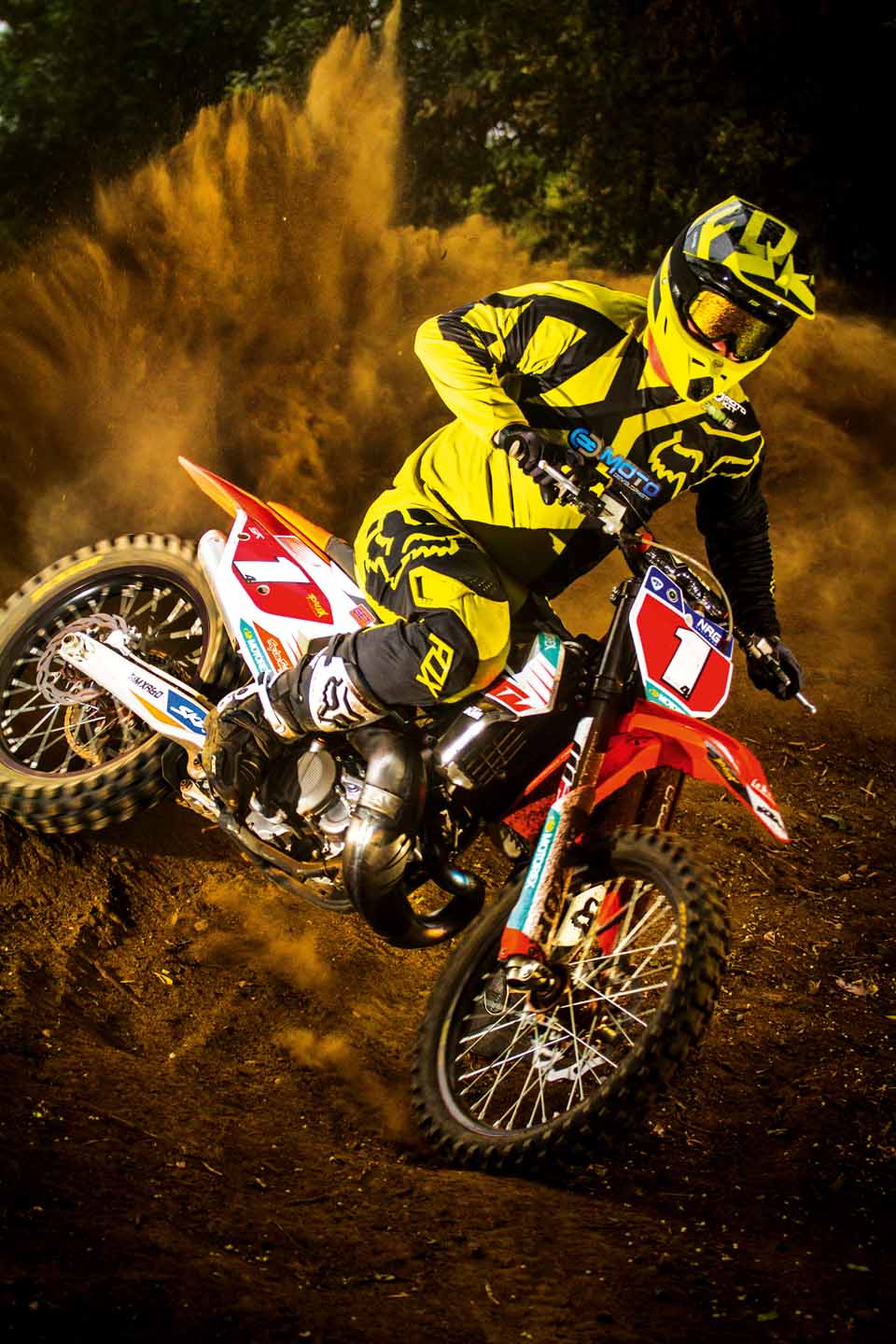