We head to Coolum, QLD for the launch of Yamaha’s 2018 YZ 450F; an all new bike with big expectations. 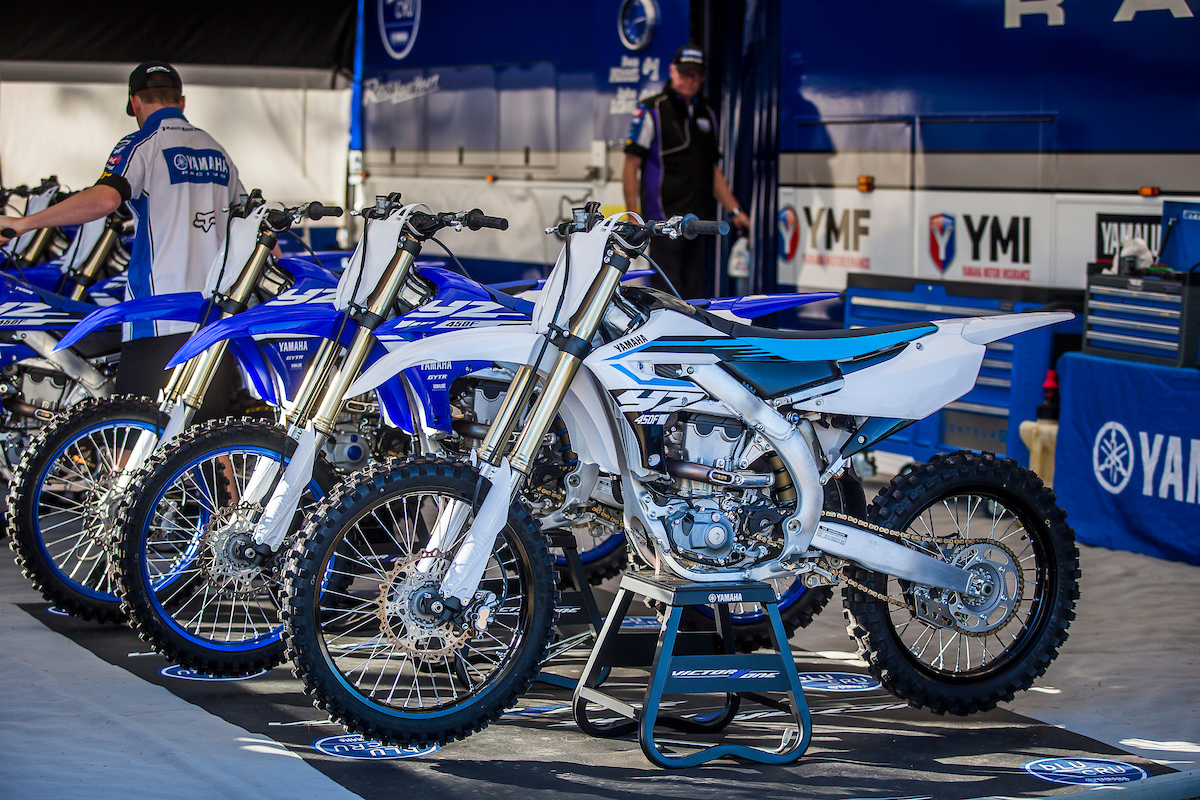 IS IT ALL NEW OR JUST UPDATED?

This is bike is all new, there isn’t much that hasn’t been looked over and tweaked. Plastic, engine, frame, suspension, electronics, fuel capacity, even the chain has had an update. You are in for an all new YZ 450F experience when you ride this machine.

IS ELECTRIC START STANDARD OR AN OPTION 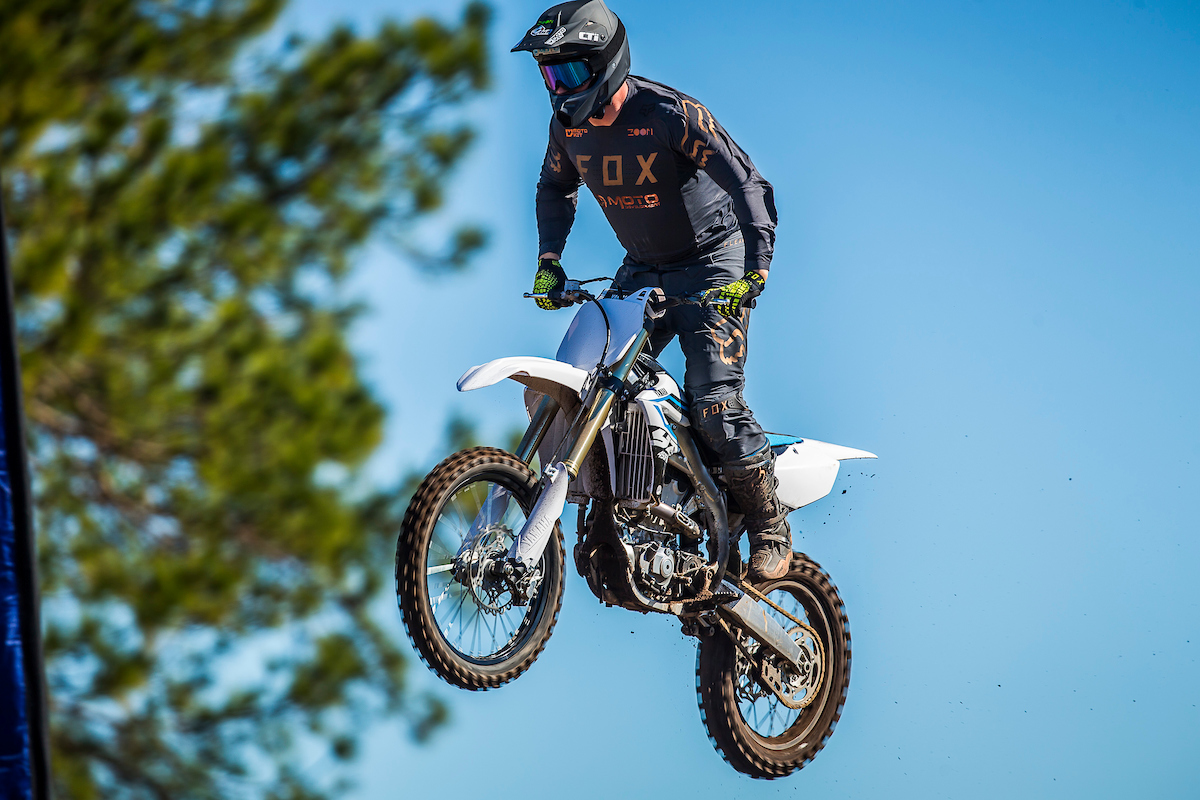 WHAT ARE THE ENGINE UPDATES?

There is a new cylinder head that is lighter and 2 degrees more upright than the previous bike. There are new cam profiles, a new crankshaft, a new higher compression box bridge piston, a new DLC coated piston pin and it is all fed through a new 44mm Mikuni throttle body. The engine is now mounted to the frame from the rear of the head by alloy brackets as opposed to steel ones on the previous model. The transmission and clutch have also had updates, with wider gears and a stiffer outer pressure plate on the clutch for increased durability.

Yes. The shrouds are 16mm thinner at the knee point and the seat is 9mm narrower. The rear of the seat it is 20mm lower and the handle bars are 5mm higher. 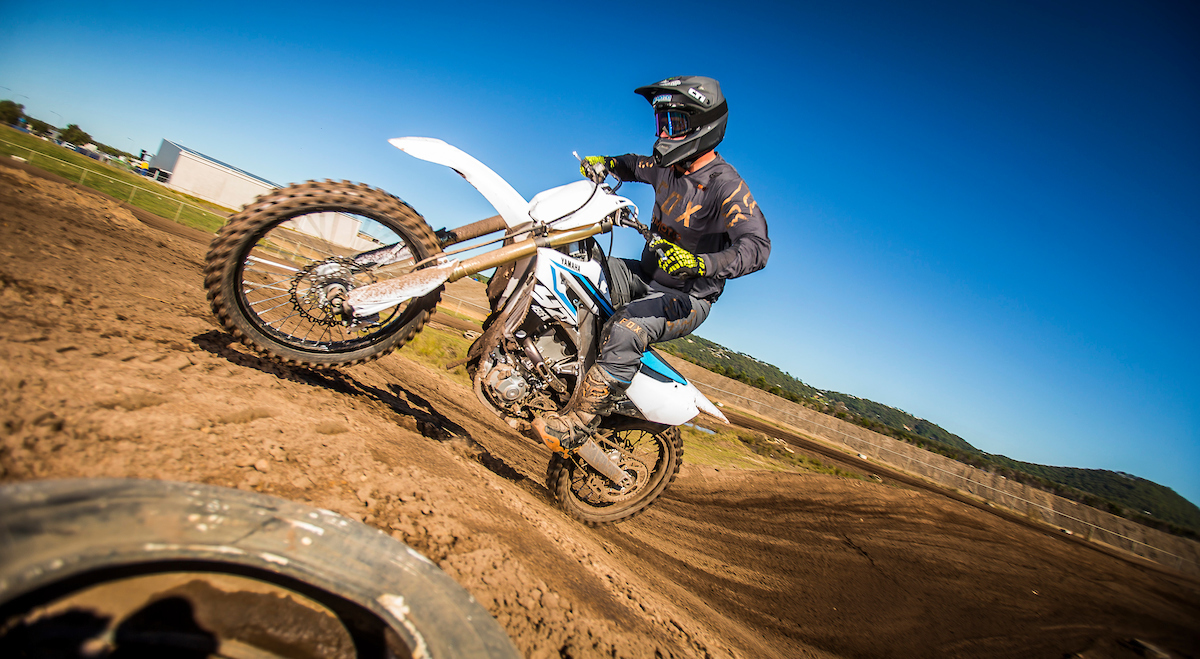 Yes it is. Even with the addition of a starter motor and battery this bike tips the scales 1 kg lighter than the 2017 model. The fuel tank is 200g lighter, the rear shock saves 350g, DID rims are 70g lighter a piece, 90g shaved off handlebars, 160g saved on the engine mounts, 70g less on the chain, plastic is 100g lighter, the shock spring saves 210g and the shorter swing arm saves 350g.

Yep, that’s right your YZ now has a wifi connection. Gone is the power tuner and in is the smartphone app to tune your bike. The app is free and once connected to your bike allows you to make even more changes than in the past along with logging bike settings per track and also managing service intervals much more accurately. 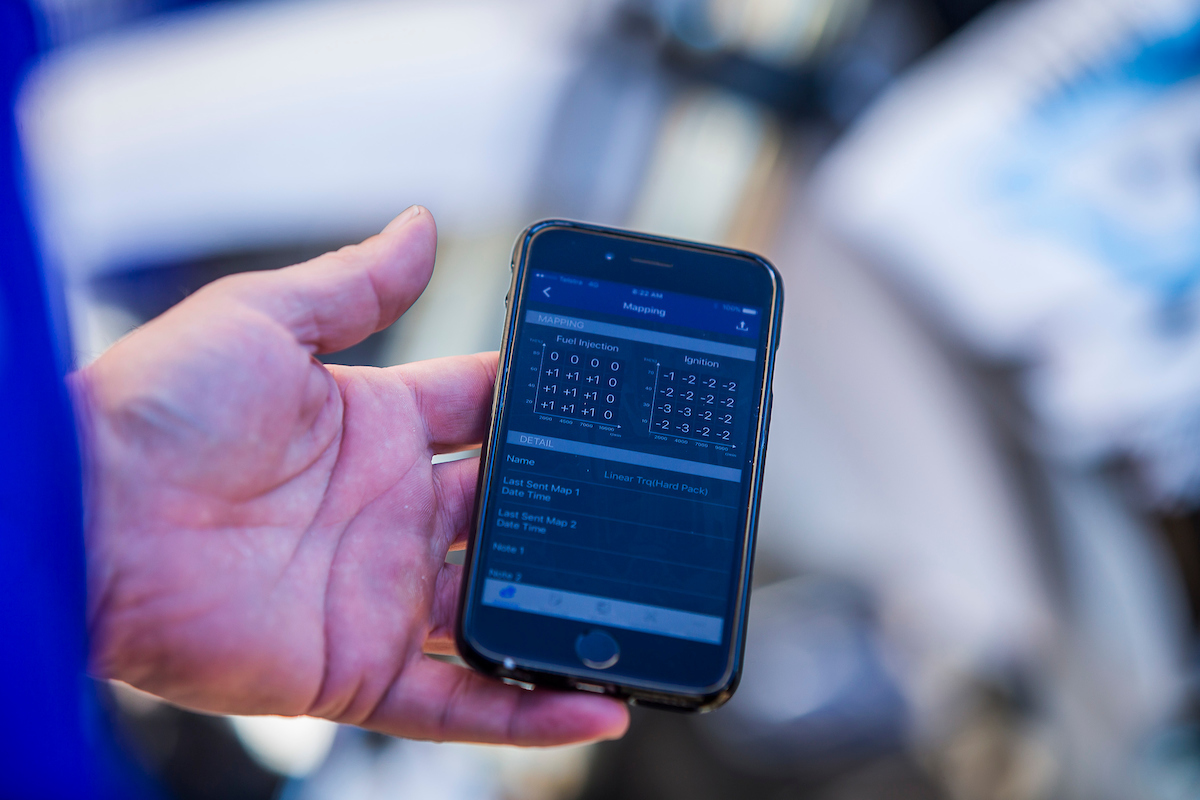 IS THE FRONT END BETTER?

Yes. It is much more stable and accurate, less vague and surprising. The bike steered quickly without feeling unstable or going through into a tuck. We were on a very soft track so it will be great to get a ride on this bike on a hard pack track in the coming months but it was the general consensus on the day that it was much improved. It was stable at higher speeds and into rough corner entry, never once was any headshake felt. The bike held its line in turns very well and allowed a change of direction if needed. The forks are great on this bike and the updates haven’t changed that. I increased the compression ending up at 8 clicks out and that was the only suspension change I made to the bike all day. 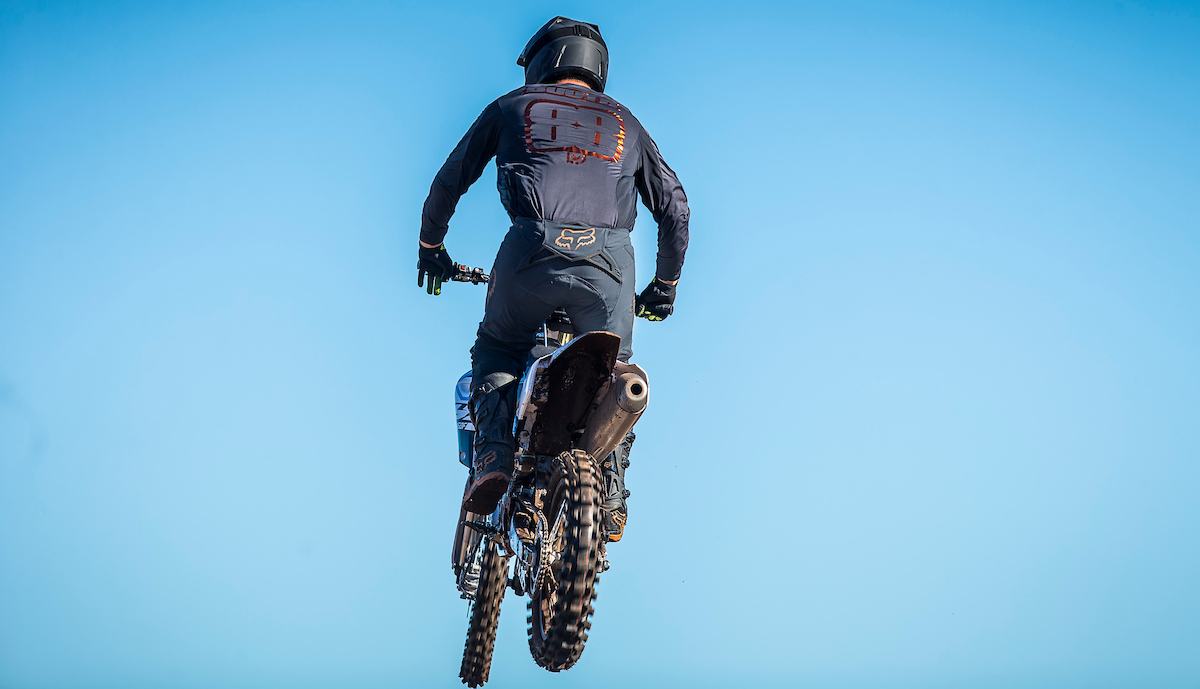 HOW IS THE ENGINE?

It still has the YZ grunt but it is smoother. I spent a fair amount of time on the new app with Yamaha’s Darren Thompson and we worked on coming up with a map that livened up the early part of the power delivery but kept the top end meaty and not fast revving. Initially we made the power much more responsive than the standard setting but it revved out too quickly in the soft surface at Coolum. So, after a few attempts we come up with a map that I was really happy with, and no doubt more time would have led to an even better setting. Overall thought this engine is still strong and the added compression just increases the feel of torque. It really is a solid engine package that has a responsiveness that is unique to the YZ. Add to this the massive ability to tune the power delivery and it’s a formidable power plant. 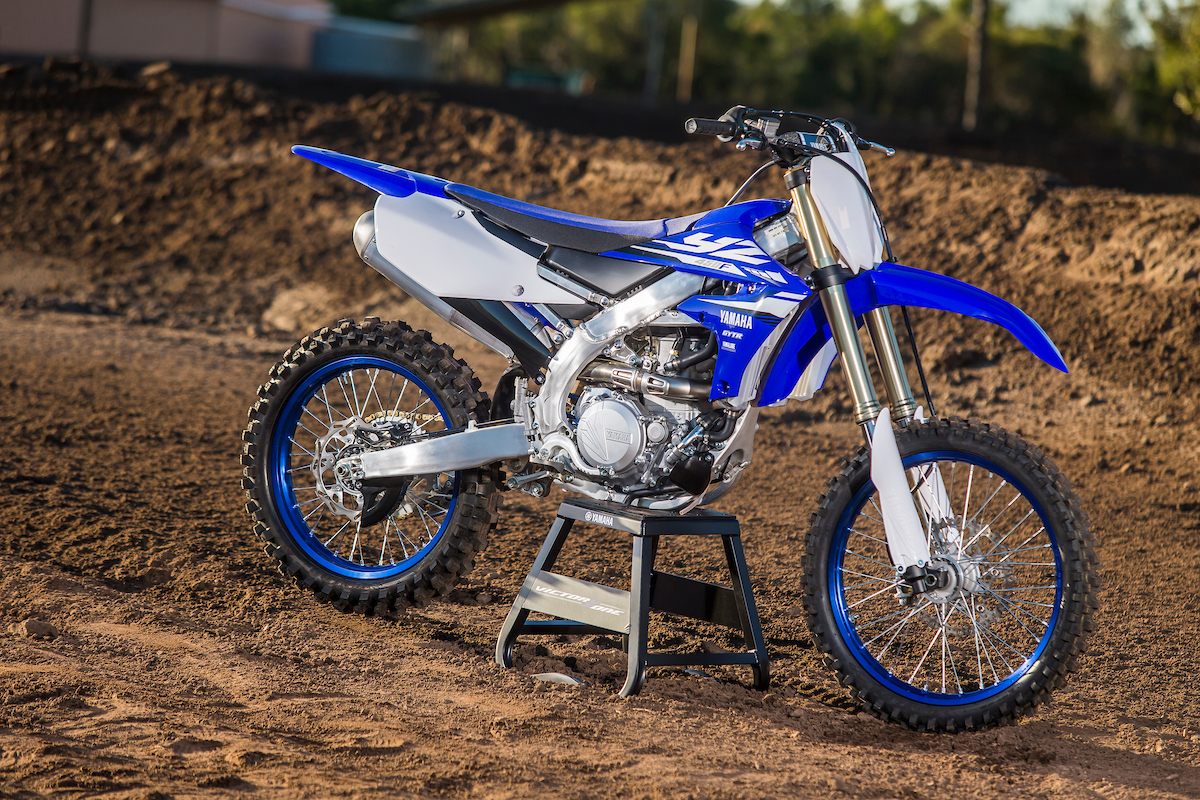 IS IT BETTER TO RIDE?

In short yes. This is an improvement on the previous model, there is no doubting that. The bike definitely feels slimmer and has a noticeably lighter feel on the track, even if there is only 1kg less weight. I moved the adjustable handlebar mounts to the forward mounting position and turned the clamps to the rearward offset position and it fit me perfectly. I really like the feel of this bike in the standing position and it inspired confidence as the day went on. I didn’t find the lower seat height to be an issue and when you sit right to the front of the seat it isn’t that different anyway. The lower rear section does allow for more clearance from the seat through bumps so I see it as an improvement. When you are seated the slimmer shrouds are great, gone is the wide shroud YZ feeling of the past few models however the unique intake sound is still there, reminding you what bike you are on. The electric start worked flawlessly all day and is a great addition. The rest of the controls do the job well and the front brake is only second to the euro bikes. You have optional start maps which are now a normal find on current motocross bikes, and if you get to know how they change the power delivery and practice with them they can be very beneficial.