The Active8 Yamalube Yamaha off road team tackled rounds five and six of the Australian Off Road Championships (AORC) in near perfect conditions at the Miva, near Gympie in Queensland, and again took up plenty of podium space over the two day event.

Both riders were well placed after a good start to the championship in Rawson but were without the third member of the team, Beau Ralston, who suffered a broken leg and some rib damage as a result of a heavy fall in the lead up to the Gympie round.

Josh Green represents the team in the E2 class (450cc) and produced two consistent days of racing to finish both second in class and outright honours on both days. Green enjoyed a drama free run all weekend, showing good speed and fitness to lock down the dual podium finish on the weekend.

Green was unable to match the fast pace set by round winner, Daniel Milner but is determined to work even harder to bridge the gap between himself and Milner prior to the next round. 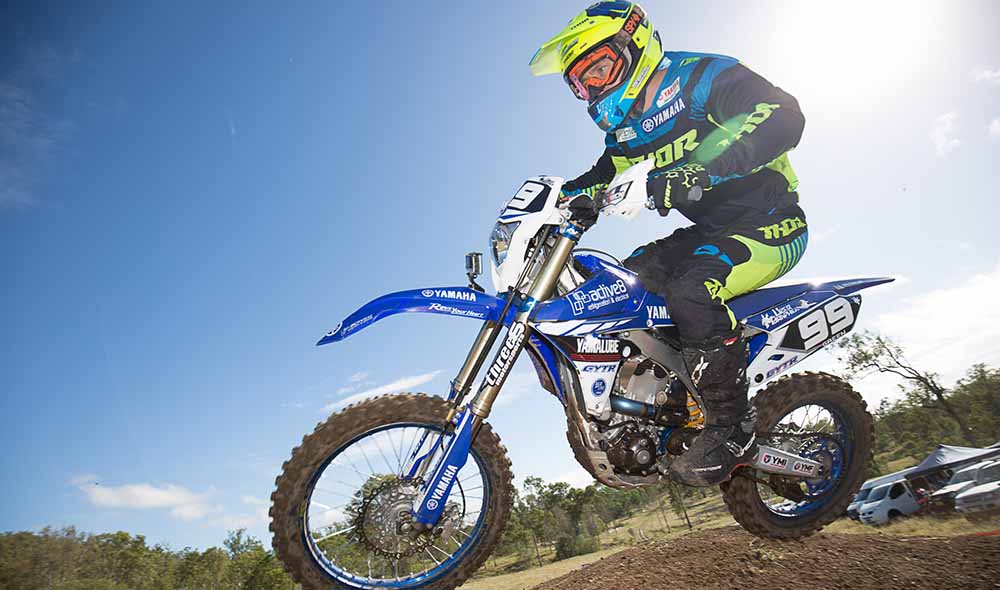 “I was pretty happy with how things went on the weekend as the bike, the course and the team were in fine form,” Green explains. “Daniel is riding really well at the moment and was just a bit above us on the weekend but we need to keep pushing to close the gap between us and make a good fight for the 2017 championship.

“We still have a long way to go and while he is in front now, there is a lot of racing to go and I need to keep the pressure on him,” Green ends.

Green holds down second outright as well as second in the E2 class after the opening four rounds.

Things were a little more challenging for team mate, Wil Ruprecht. Ruprecht announced his arrival in the E1 class (250cc) at the opening rounds with some scintillating racing and was out for more at Gympie. He started Saturday’s racing in fine form but that soon unravelled when he fell heavily on lap four leaving him dazed and jaded.

At the completion of the lap, he was evaluated by the RACESAFE Medical team who acknowledged he had taken a nasty hit to the head but cleared him to keep competing. To his credit and showing plenty of maturity, Ruprecht re-joined the race but rode well within himself to enable him to finish the day. To his amazement, he was able to claim third on the day and hoped a good night’s recovery would see him feeling better come Sunday morning.

Still not at 100%, Ruprecht again raced with common-sense on Sunday to take a hard earned second place in class and as a result, he was able to maintain his lead in the E1 championship and stay inside the top 10 outright after the opening rounds.

“I felt great on the bike on Saturday morning but I made a mistake and went down pretty hard. My head hit the ground and it shook me up a bit so between laps I went to RACESAFE to get assessed and they were happy for me to continue but warned that another crash wouldn’t be good so I had to settle down.

“Fortunately I was able to get through the weekend and still get some reasonable results, so that’s the positive. I will take a few days off now and let me body settle before getting ready for the next rounds,” Ruprecht said.

Despite the tough weekend, Ruprecht still leads the way in the E1 class.

Renmark in South Australia is the next stop for AORC competitors on June 24-25.

For more information on the AORC, www.aorc.org.au