With a strong line-up for 2019, the Yamaha Active8 Yamalube Racing Team are focused on success at the opening round of the 2019 Australian Off Road Championship.

Josh Green, Luke Styke and Michael Driscoll form the official Yamaha team with Green taking the E2 (450cc) duties and the first round marks the competition debut of the 2019 Yamaha WR450F. Green has spent plenty of time on the ground breaking new machine and the team have ran its through its paces in practice and testing and are more than satisfied they have the bike to take them to the top.

“I have really gelled with the 2019 WR450F since the first day I rode it and feel that the changes Yamaha have made have improved the bike significantly,” Green explains. “My times in testing have improved and we have just fine tuned the bike for Australian race conditions and I’m confident we are in a good place heading into round one.” 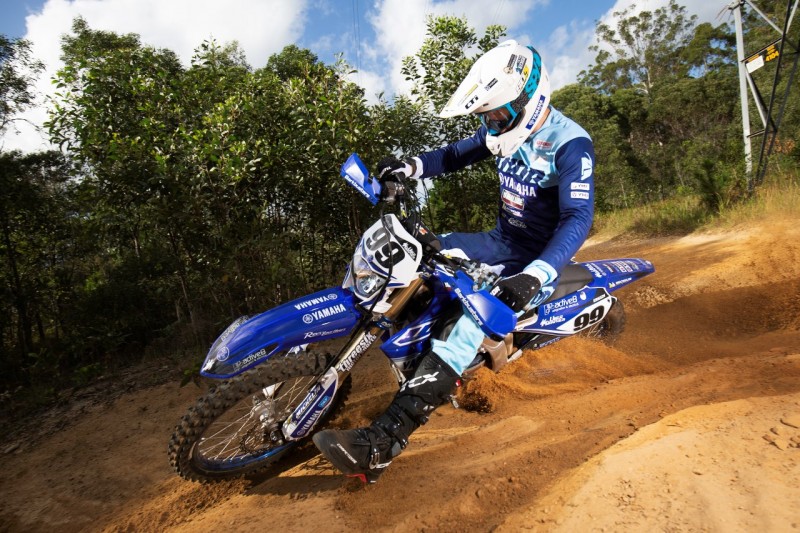 Luke Styke, who just 12 months ago made the switch to off road racing is out to defend his E1 (250cc) championship and again out to make every post a winner. Now with the experience and knowledge of racing off road, Styke can enter the 2019 season more prepared and settled knowing what lies ahead of him.

The goal of winning his class always remains the same but now he has set his sights higher and he points out that outright victory is not out of the question in 2019.

“Last year was the perfect debut in off road for me and I learned so much about the bike, my training and riding in general but now how to prepare and better myself for the coming season. But like every racer, each year you set your goal a little higher so the next step for me is claiming an outright win for a round and trying to match it will Milner and Sanders at every round,” Styke concludes.

Joining the official Yamaha Active8 Yamalube Racing Team for 2019 is the reigning and two-time Under 19 AORC champion, Michael Driscoll. The talented teenager came on in leaps and bounds at the end of the 2018 season and consistently injecting himself into the top seven in outright times at the final few rounds.

This year he will make the step up to the E1 division and race alongside Styke in a two-pronged attack in the class. Yamaha have had great success in the E1 category over the past decade and with Styke and Driscoll at the controls for 2019, that success doesn’t look to be slowing down anytime soon. 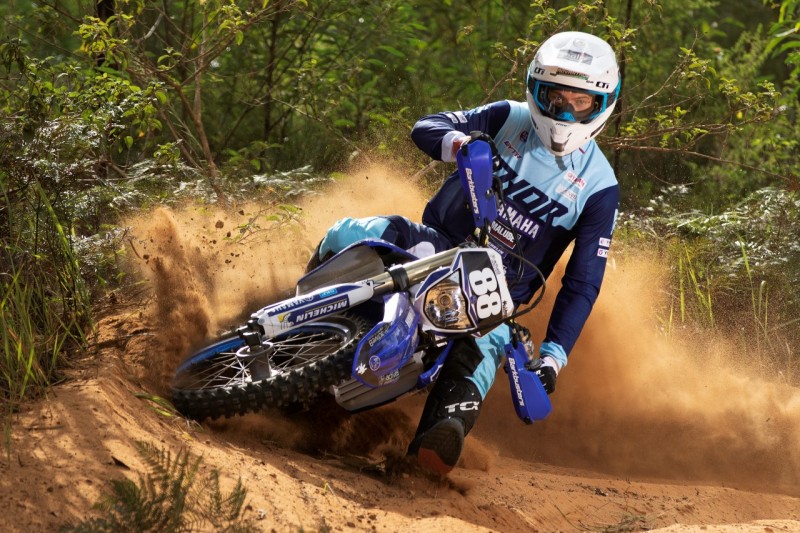 “Last year my support from Yamaha and the Yamalube Yamaha team was good but in 2019 its at a whole new level,” Driscoll begins. “During the off season, we have been able to work to develop the bike and also I have spent plenty of time with Josh Green learning from him and absorbing his experience. The knowledge he has will help me greatly and I think that this is the best prepared I have entered any racing season.

“I’m looking forward to the year and having both Luke and Josh to lean on as the season progresses.”

In addition to the official team, Yamaha’s investment on the Australian Off Road Championship runs deep. A host of supported riders will also contest the championship or selected rounds along the way. This list includes Stefan Granquist, Jeremy Carpentier, Nic Tomlinson, Riley Graham, Kirk and Harley Hutton as well Jess Gardiner and Emelie Karlsson in the Women’s division.

Now well into its second decade, Yamaha are again the naming rights partner for the 12 round championship and will continue to work with MA and the organising clubs to promote each event and make it an enjoyable experience for riders and teams.

For more information on the Australian Off Road Championship: https://www.aorc.org.au/