Kawasaki have given the 450 a major birthday and also a name change. We have the chance to ride this new beast and get it a little dirty.

One of the first things we were told about this all new 2019 model bike was that Kawasaki have chosen to drop the F from the name of the bike. Known as the KX 450 now they feel consumers are used to the four stroke revolution now and know that the 450cc’s are part of a 4 stroke engine and it doesn’t have to be spelled out to them. Hallelujah I say. Following that news we had the major updates pointed out to us, the big ones being electric start, hydraulic clutch, back to a spring fork, finger follower valve action and completely redesigned frame and bodywork. Plenty of exciting things on paper so we were keen to get out on the track. Speaking of the track, we were at The Island, a place I had seen and heard plenty of good things about. Hat’s off to Kawasaki Australia for sourcing a great track for the launch, unfortunately the weather Gods wanted to throw a spanner in the works and a heap of rain left us with conditions that were, let’s just say not dusty. The photo’s will tell the rest of the story. 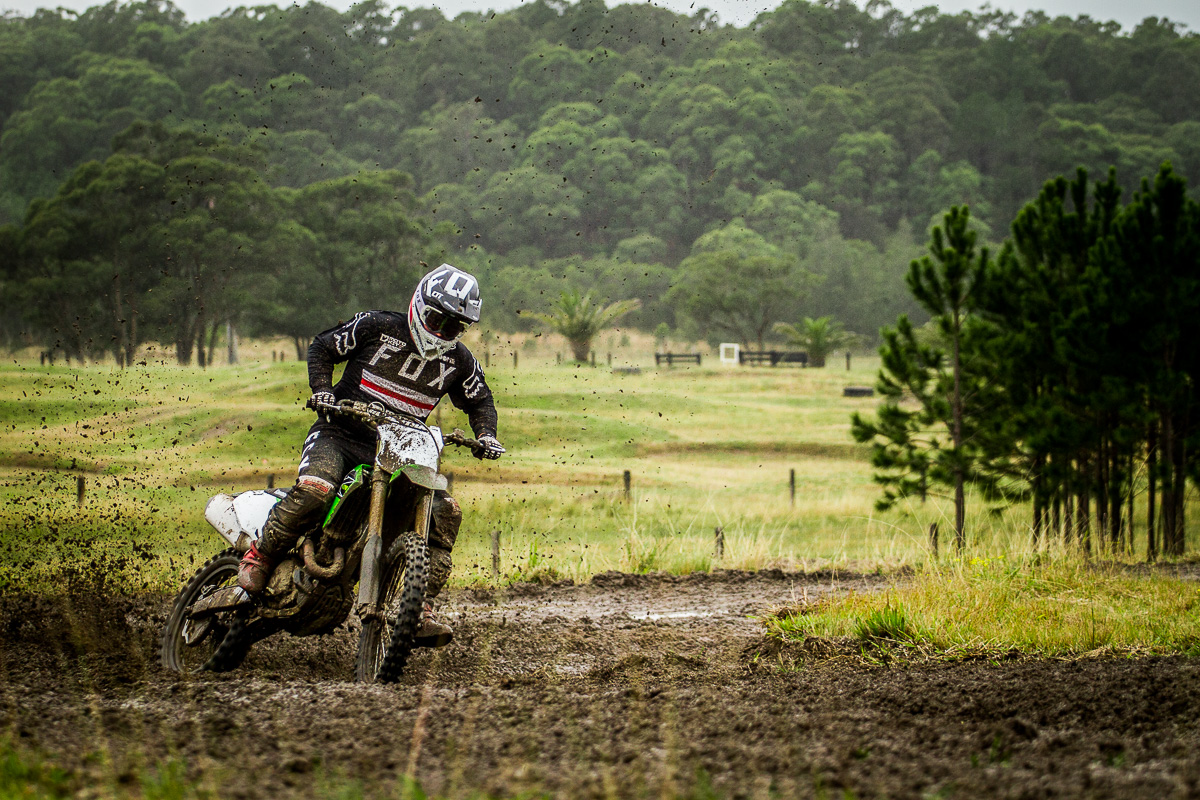 WHAT’S IT FEEL LIKE?
A KX 450 that’s been on Light’n’Easy. It’s flatter and slimmer to sit on which is the norm for a new model. The KX 450 does have a lot of adjustability, more than most. There are four handle bar clamp positions to choose from plus you can adjust the footpeg height too. On the footpegs, the 2019 versions are 5mm wider and positioned 3mm further back. The plastic has been designed to be as seamless as possible, the shroud actually flows right through back to the side plate leaving no edges to catch. The bike has Renthal handlebars as standard and they are great, they are however a 7/8” diameter bar which most riders will replace with a 1 1/18” handlebar and that will require replacing the handlebar clamps. 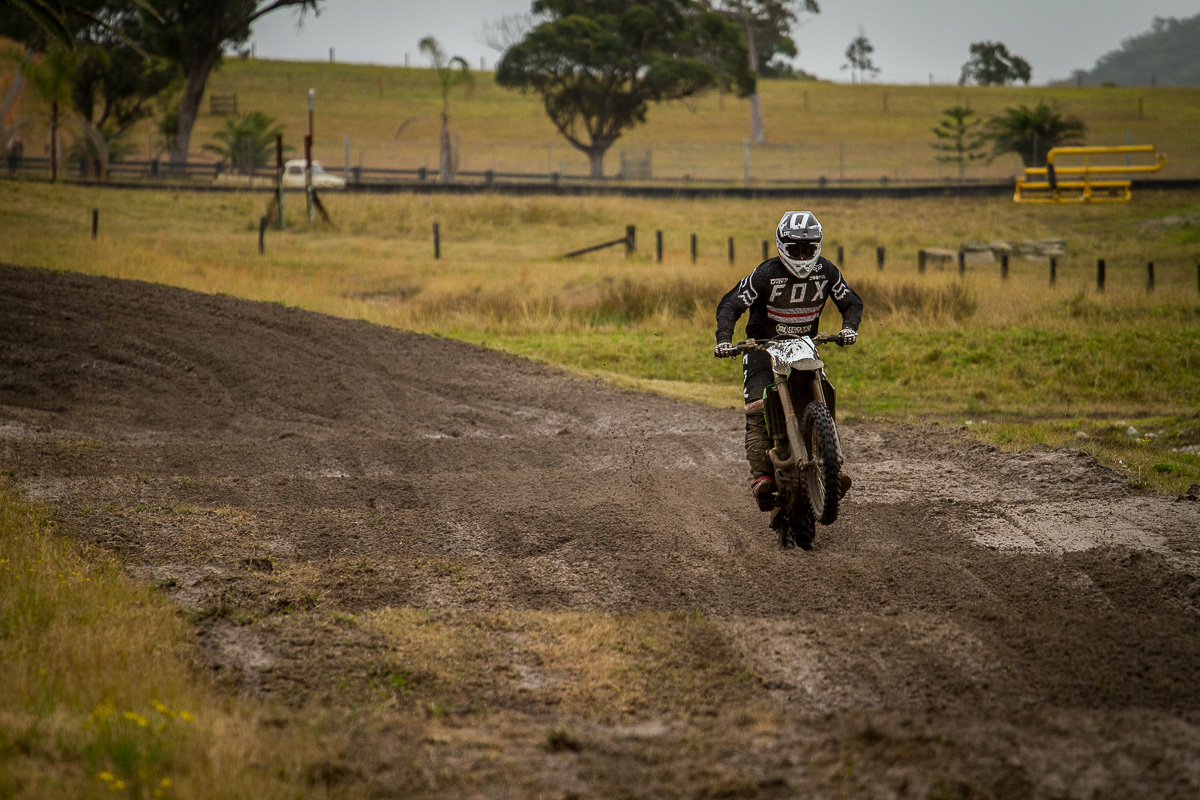 THE MAGIC BUTTON
Although it’s not new these days it is still great when electric start is rolled out onto a model. It’s paired up with a light weight Lithium Ion battery that functioned flawlessly for the day and we were starting and stopping more than usual due to the conditions. 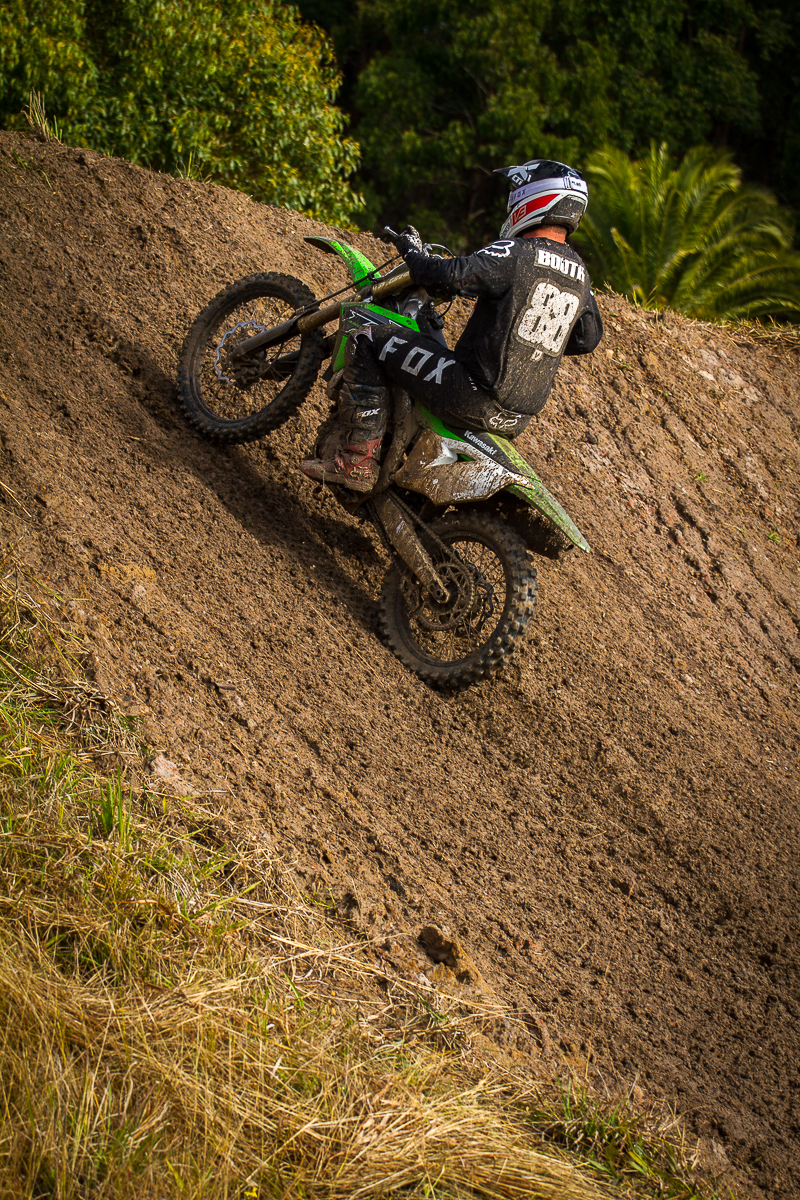 HYDRAULIC CLUTCH
Kawasaki take the trophy for being the first of the big four Japanese manufacturers to add a hydraulic clutch to their 450 MX bike. The feel was good and an improvement over cable, there’s no doubting that.

IS IT LIGHTER?
Well, no. It’s actually heavier than the 2018 model but consider this. It has added electric start, hydraulic clutch and has gone back to a spring fork. That’s a fair list of additional parts and weight, all of which are positive changes so the fact it is only 1300g heavier than the 2018 is actually pretty impressive. 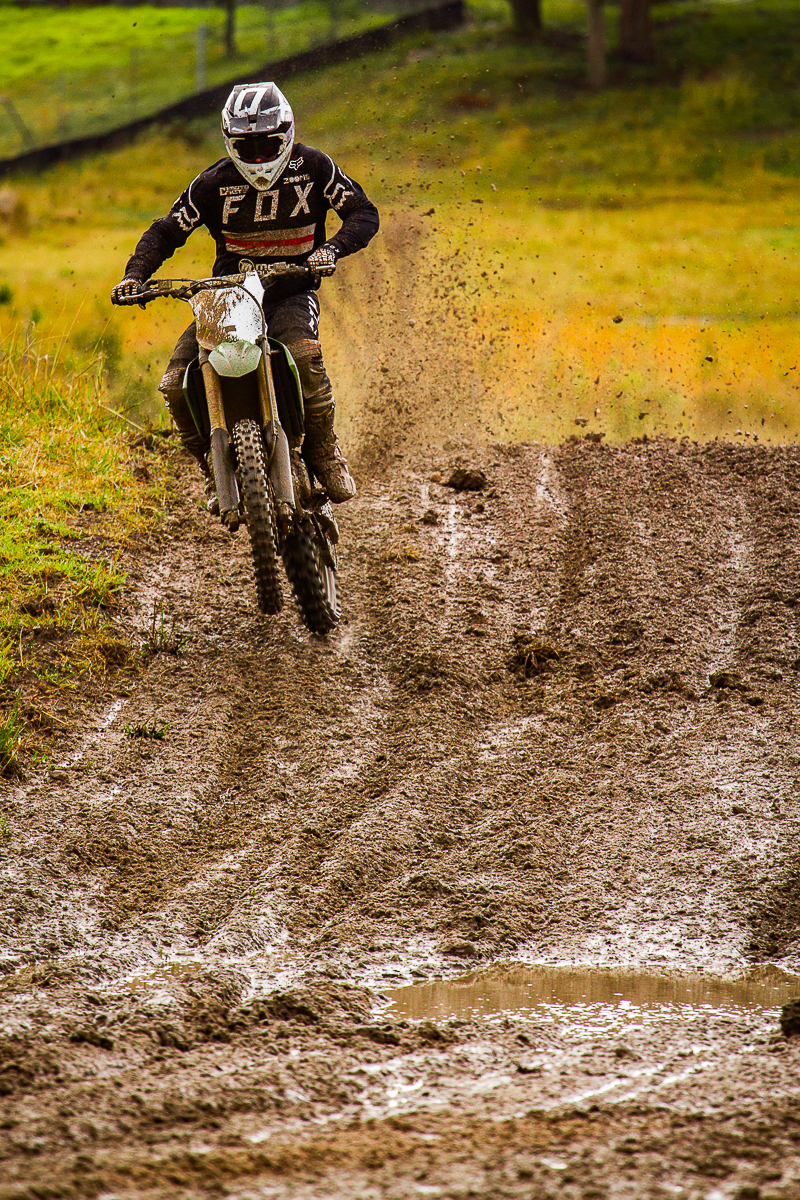 SPRINGS ARE THE NEW AIR
The 2019 KX 450 is back to a spring fork and I would think 99% of riders will be pumped to hear this. The 49mm forks feature a large diameter inner tube, Kawasaki claim it’s the same as their factory bikes, titanium coated inner tubes and Kashima coated outers mean better durability and less friction.

PLAY IN THE MUD
Unfortunately, the track was a little damp, no actually it was soup, so I have to say I was cringing about taking this brand-new bike out into those conditions but all of the Kawi staff were more than happy for us to do it. Well they at least put on a brave face. It was full mud conditions and although we couldn’t jump everything and speeds were down quite a bit there was still the odd corner that formed up ok and a couple of straights that allowed us to unleash the new engine to full power.
I’ve always said I feel comfortable on the KX 450 and this one was no different. Given the conditions it would’ve been easy to go out and hate everything about the day but it was quite the opposite for me. I enjoyed the mud and the bike. I felt confident in the front end and it never spiked or caught me off guard either entering or in the turns. I ended up going in on the compression to firm up the fork but probably more due to the conditions than anything else. The bike was easy to place where I wanted and I was confident in ruts, both corners and straight line. The engine impressed me most on the day though, I noticed a big improvement in throttle response and that was backed up with great torque that meant meaty power was on tap, handy for the conditions we were riding in. I did feel like the hydraulic clutch was slightly heavy but it may have just been the fact I was using it more than usual because of the conditions. It worked well, had good feel and the benefit of hydraulic stood out in the mud, if it were a cable clutch I would’ve been adjusting it every lap. The electric start worked flawlessly, and it got tested with more than the usual stop start because of the conditions. Overall this bike impressed me. It is confidence inspiring, has plenty of power that is useable and ticks quite a few boxes now it has electric start and a hydraulic clutch. If you’re a Kawi fan or looking for a change get excited, this is a great bike. 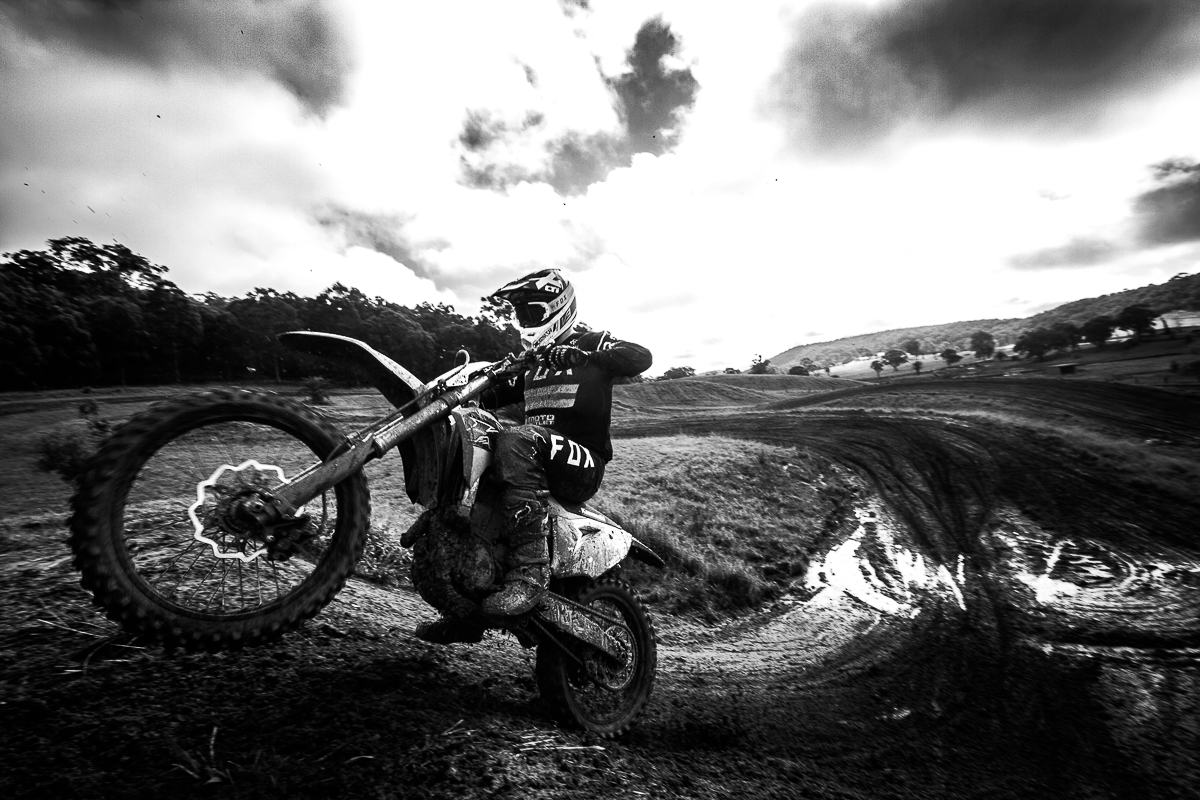