We head to Wildwood and hit the trails on a pair of sexy Frenchie’s, the Sherco 300 two-stroke and 300 four-stroke Factory Editions.

“Would you like to come to Wildwood…”. That was all of the email that I read from Sherco Australia’s Tuffy. Wildwood? The rock infested hell hole which makes grown men cry, explode motorcycles and leave riders questioning their life choices. I had already started replying “ah… F*^k no…” when I scrolled a little further. “We have two 2018 Sherco Factory Edition’s here ready to be tested; I promise, no gnarly terrain.” My expletive stayed the same, replacing my No with a Yes. The Sherco Factory Edition’s are seriously sexy looking French missiles. There’s something about them that really gets the motor running, just don’t tell the wife.

ANOTHER SHERCO?
Yep, Sherco are great with the mid-year releases. It’s pretty smart. It gives a huge range of machines for the public to fall in love with, multiple cracks at media tests, a range of targets for marketing exercises and three different price points for the public to purchase at. Plus, a company like Sherco can tune and modify the bike during the year and re-release it, for example the 300 two-stroke Factory Model is vastly changed and improved from the original 300 Racing model released early in the year. 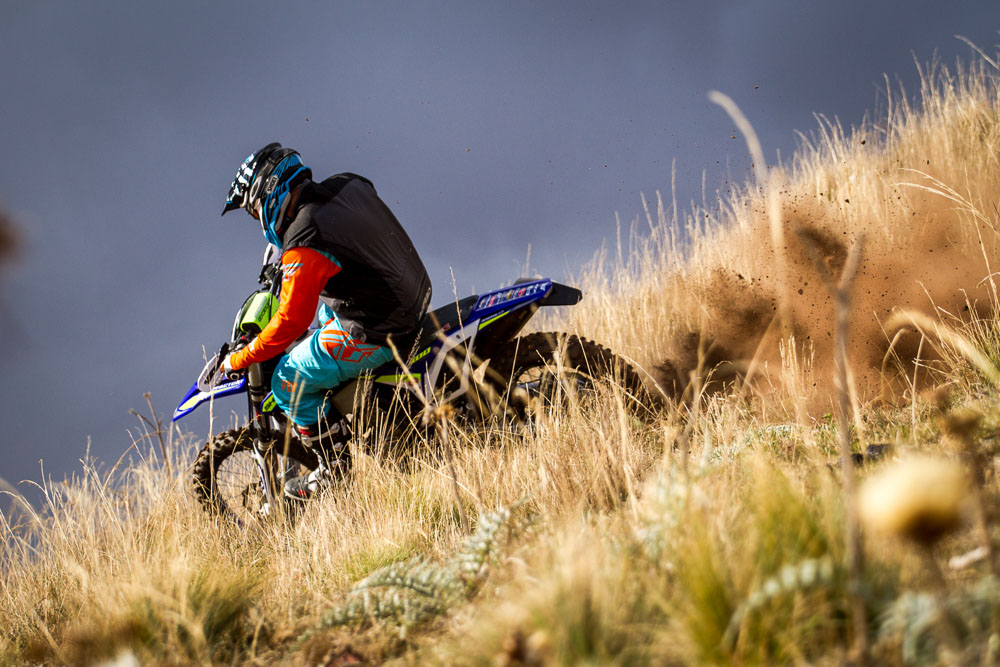 VALUE FOR MONEY
Sherco has added a huge amount of products and accessories to entice a buyer to buy a Factory Model. Some French bloke hasn’t picked-up a Chinese bling catalogue and launched everything at their new models, absolutely every upgrade that has been included in the Factory Model line-up either looks epic, or looks epic and suits a need. I currently ride a 2018 Sherco 450SEF-R, so there were a few upgrades that I saw as a necessity and were over-looked on the Racing models. First thing is the gripper seat cover, the Racing model has a pretty slippery cover and the new Factory Edition gripper is a worthy inclusion. The Akropovic exhaust on the 300 is well worth it, as is the thermo fan on both models. Those three are instantly a tick in my book before I had even seen the bikes in the flesh. 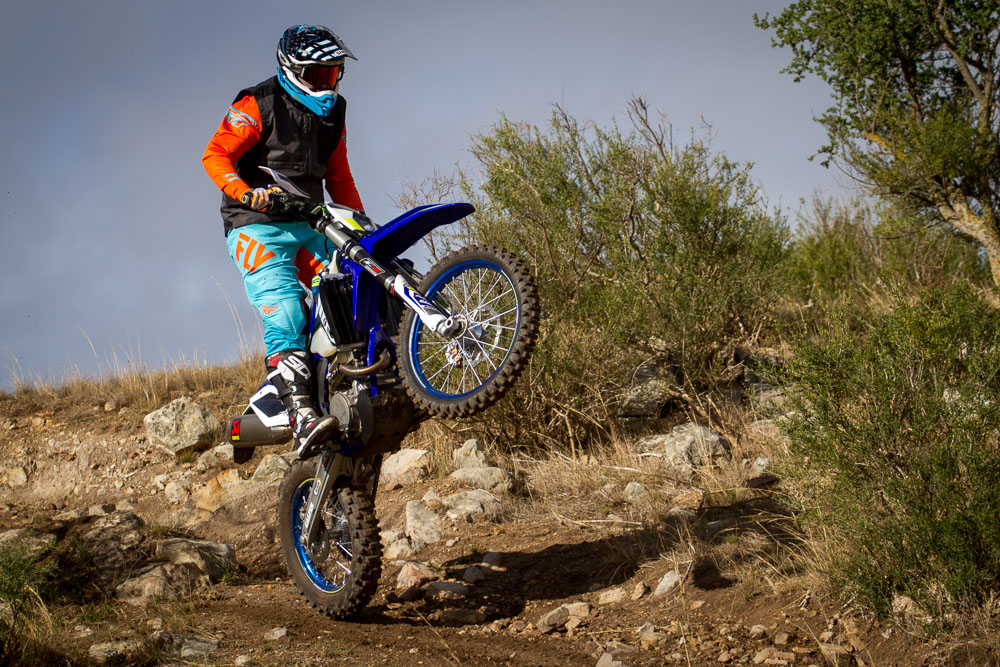 LET’S RIDE
After a 4am start, video-lord Adam Spence and I boarded a plane to Melbourne set to ride, film and photograph the Shercos. The weather down south was planned to be sketchy at best; Tuffy had pre-warned us about the high chance of rain and the forecast of freezing temperatures. An extra coffee at the Airport had us set for a day of fury on the Frenchies.  We piled into Tuffy’s rig, and were driven out to the Wildwood facility. Thankfully, we passed the Devil’s obstacles to a flowing natural terrain loop with some hill climbs, technical rock sections and a mixture of loam and weird slick soil – a great variety to test the 300s. I jumped on the two-stroke first, I am the first to admit I have often struggled to gel with 300 two-strokes. I find they have way too much power for the common-man, and I can get myself into trouble way faster than my life insurance policy allows. I was pleasantly surprised after only a few laps on the 300. Starting via the new key-less start ignition, the 300 snaps into life with the rip and roar of a two-stroke motocross machine, the FMF exhaust gives the Sherco a snappy aggressive noise – it’s exciting. The dual-ignition switch makes a massive difference to the power-curve. As simply as I can put it, it’s a YZ250 and a DT200 in the one machine – ok, maybe not that drastic, but man it’s not far off. What could easily be marketed as an all-new engine, the 300cc is now a lot easier to ride. I found the excitement of a 300 two-stroke to still be present, just easier to get the most out of it. Sherco have managed to keep all the horses, but train them to run smarter. I was pleasantly surprised. In the tight and technical terrain is where the 300’s standard suspension package comes into it’s own, there was a couple short rocky sections and a sharp drop off, all of which the 300 ate for breakfast. The 48mm XPLOR fork with spring pre-load adjuster is well-suited to what the majority of riders with throw at it, with only a few clicks of an adjuster. It’s amazing how well these bikes handle straight of the crate. The 300 is exciting, yet manageable, Sherco have gone the right way with the Factory Edition – they will sell and win. 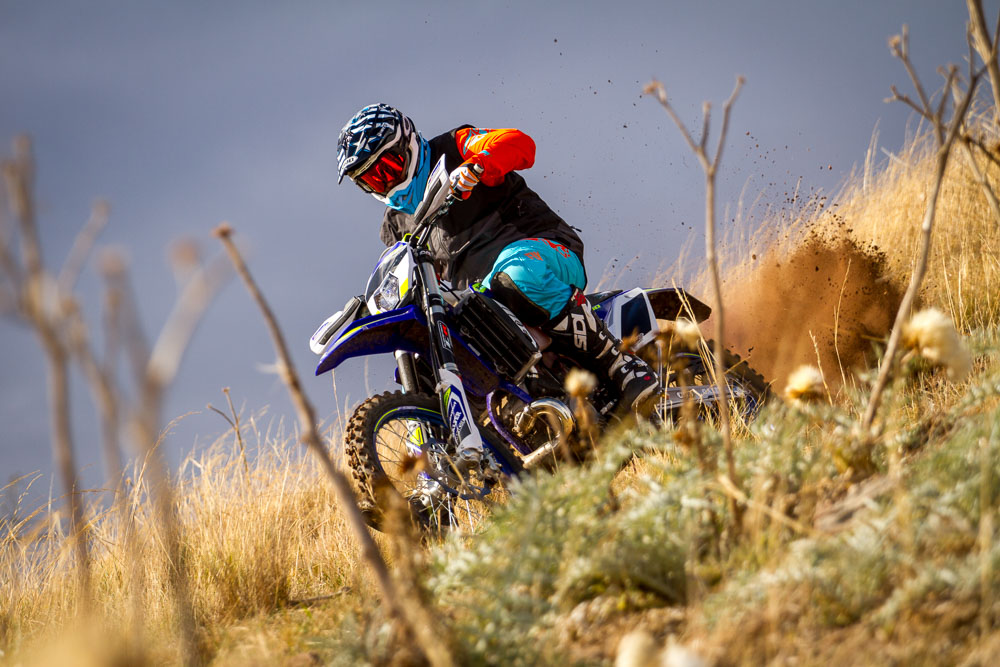 THUMP ME FOR 300
Around 12-months ago, we hit the trails at Mt Kembla on the 2017 Sherco Factory Editions. At that moment, I realised just how dang good the Sherco range was. I was darting through the trees on the 300 four-stroke, finding myself going faster and faster, feeling more confident and pushing harder with each turn. I would go as far as saying, in single trail, most riders would be faster on the Sherco 300 SEF-R than any other model on the market. Now, that’s not what everybody wants, and that’s where the 300 four-stroke comes into it’s own. It’s truly the every mans bike. Rev it, push it hard, slam ruts and keep your momentum up and you will be rewarded with fast lap times. However, click it up a gear sit down and cruise through the trails and you will be able to spend a day in the trails smiling from ear-to-ear. The mid-range market is massive and yet, amazingly over-looked by the Japanese manufacturers. These are the bikes most guys should buy and are starting to buy. What once was a weird capacity, the middle-child if you like, is now readily accepted and appreciated by riders around the world. The 2018 Sherco SEF-R Factory Edition continues the Sherco trend of awesomeness in my opinion. The bike feels planted, I got that very same feeling I did 12-months ago, it’s as if the bike is glued to the trail. I like a soft-feeling bike and the 300 SEF-R is plush and planted – just how I like it. When the four-stroke revs, it’s got the ponies to rip in and thunder down the track, it’s not crazy exciting power, nor should it be, the bike is not designed or marketed for that. It hits two target markets, racer and trailrider alike and that alone is bloody impressive. 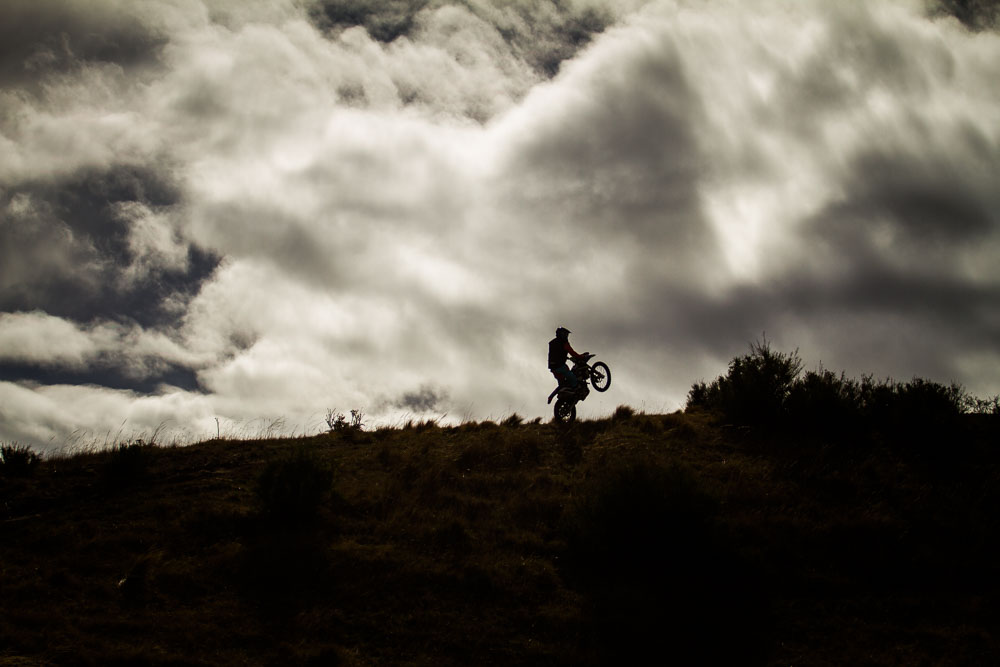 LET’S HIT THE ROAD
Amazingly, the Melbourne weather only delivered Icey winds, freezing temperatures, a small amount of sleet and very little rain. I write that with positivity – god was looking to smash Wildwood with some seriously gnarly weather. I have never ripped into a bike test so quickly my life, flying to Melbourne for a few muddy skids doesn’t sound good no matter what way you sprinkle glitter on it. Adam could no-longer touch the screen of his camera as his hands were frozen and my chest was burning – but man we had some fun and we got it done. We piled into the Tuff mobile and pinned it back to Melbourne Airport – that first sip of beer never tasted so good.

Sherco Australia hold a range of ride days around the country, it’s well-worth getting to one and experience a Sherco for yourself. The bikes are pretty-damn hard to fault. 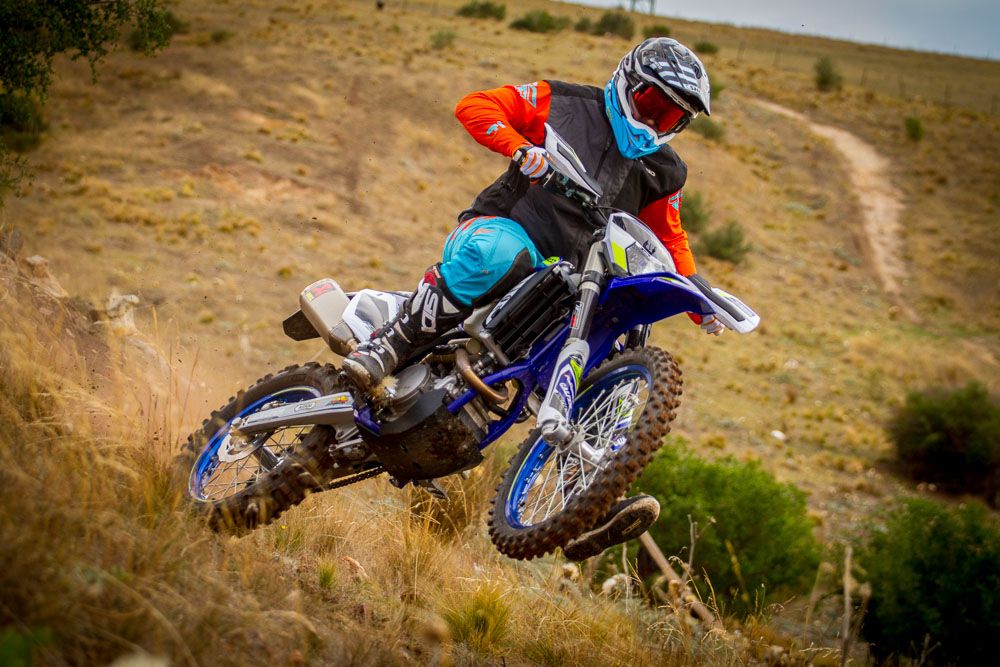