The first look at the 2019 KTM 790 Adventure R has been granted at the European Adventure Rally.

The all-new parallel-twin powered ADVENTURE bike has been developed in tandem with KTM’s latest Dakar-winning weapon, the KTM 450 RALLY, to be the link between its enduro bikes and street range in 2019.

The annual European event, this time hosted in Olbia, Sardinia, provided incredible on and offroad tours across three days of guided riding and tuition from KTM ambassadors and racers. Exclusive to just 150 places for like-minded KTM ADVENTURE owners only, the event sold-out extremely quickly and the lucky few made unforgettable memories and formed new friendships as they conquered the island’s incredible variety of sea view sandy trails, twisty mountain passes and even extreme offroad routes with unexplored terrain.

With the bike inspired by the demand of its customers and dealers, it was some of these hardcore riders who were the first to see and hear up close an early, preproduction version of the KTM 790 ADVENTURE R. After the opening riding day of the event, the background and positioning of this exciting new bike was formally introduced to the assembled riders by KTM staff and also ridden at the event by Chris Birch – an eight times New Zealand Enduro champ, triple Roof of Africa winner and 2010 Red Bull Romaniacs laureate, among many other accolades.

Made in the READY TO RACE style benefitting from KTM’s unrivaled offroad competition DNA, this is more than just the look of a rally bike; the lightweight KTM 790 ADVENTURE R will have the performance and purpose to back up this image. For enduro pilots who demand to go further than ever without ever taking the easy route or for adventure riders who desire to tackle the paths least explored, this will be a motorcycle to back-up the ambitious.

After riding the bike, Chris Birch said: “I’m honestly blown away by the new KTM 790 ADVENRTURE R. Naturally, I’ve got a lot of experience on enduro bikes and the awesome ability of the big KTM ADVENTURE models, and this just feels like the perfect combination of them both. Obviously, what I rode is still a prototype, but it´s looking in terrific shape. Can’t wait to ride the final product!”

KTM PR Manager – Street, Luke Brackenbury, said at the event: “KTM listens to its customers and dealers throughout the world and the demand for a very hardcore, mid-capacity ADVENTURE bike was something that was repeatedly raised. Make no mistake, this new KTM will be the most performance-focused middleweight travel enduro on the market with a spec sheet to rival machines of a much bigger displacement.”

For extreme travel enduro riding, the KTM 790 ADVENTURE R will be a street bike with serious offroad capabilities and unrivaled performance in its segment. Full details of the bike will be revealed at EICMA, Milan on November 6, 2018. 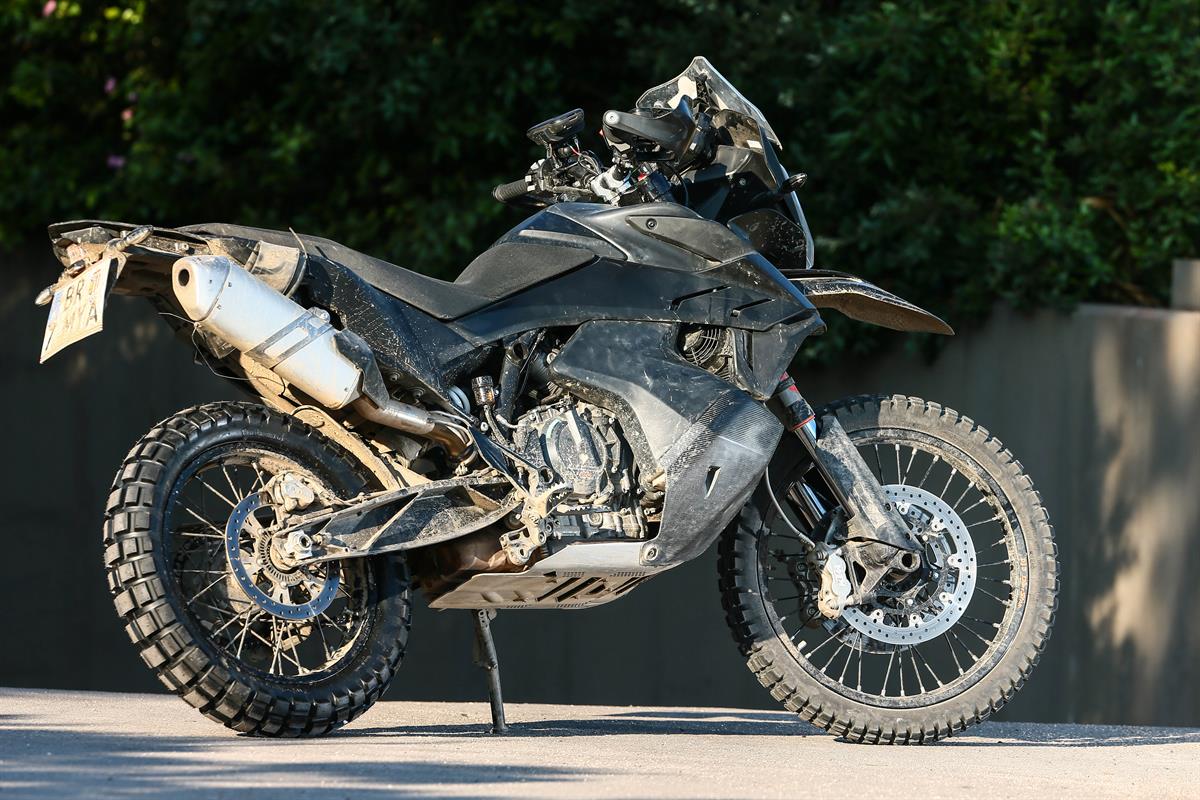