Fresh off his podium celebrations, we catch up with Billy Bolt, the winner of the first round of the World Enduro Super Series.

Congratulations Billy you are a first-time winner of both the World Enduro Super Series and Extreme XL Lagares. How do you feel?

Billy Bolt: “I’m absolutely delighted to win. It’s my first major international Enduro victory. I’ve been close a couple of times before but never quite made it over the finish line, so I’m really happy to get the job done. To do it at the first ever round of the World Enduro Super Series is extra special.”

You faced a nervous wait at the end to see if Taddy Blazusiak could beat you on corrected time, were you worried he might pull off something special?

“It was a tense time waiting on Taddy to finish his race. Everyone was going crazy with excitement saying I’d won, but I knew Taddy was charging and on corrected time he could still win it. He’s such a class act that anything is possible with him. So I tried to remain calm, patient and wait to see if he finished inside that 14-minute window I’d started the race ahead of him on. It was only when the time elapsed I knew I’d done enough.” 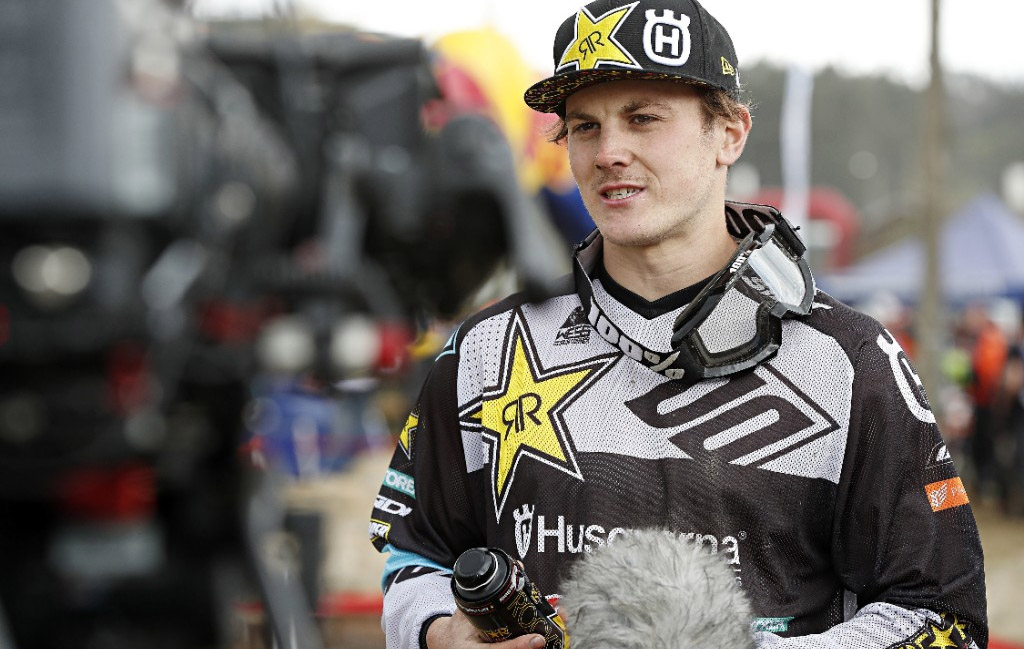 You started Sunday’s two-lap main race third behind Jonny Walker and Cody Webb, was that an advantage or disadvantage for you?

“If anything, it was a disadvantage but I took it how it was. On lap one I made a mistake trying too hard to catch them and lost a few minutes, but luckily nothing major. On lap two I felt more comfortable and wanted to push on. I had a few good lines on the most technical obstacles and was able to make my way around the back markers. But to be fair to the later starting riders, a lot of them moved aside and let the Pro riders battle for the victory — some even helped out on the hardest sections, so I’ve huge respect for them for that. I saw Jonny a few times but I didn’t quite know the gap we had. Once I passed him I knew I was provisionally leading, however I also knew of the situation regarding the fast riders still coming behind, so I kept pushing on.”

As a first-time visitor to Extreme XL Lagares what were your thoughts on Sunday’s Main Race?

“Extreme XL Lagares has a fierce reputation and it’s certainly lived up to its name. After the opening lap I thought the river crossings might improve once riders had passed through them but that wasn’t the case. It was so slippery out there and in some rivers there was no grip at all. You had to constantly search for tiny patches of grass or dirt to gain some extra traction. It was hard work for sure and a very technical start to the championship.”

Round two of WESS will mark your third visit to the Erzbergrodeo Red Bull Hare Scramble. Do you believe you can make it third time lucky and win?

“I’ve been to the Erzbergrodeo Red Bull Hare Scramble twice and I’ve experienced the best and worst of it. In 2016 it was my first Hard Enduro race and I finished fifth, then last year I rode with a broken toe and wasn’t able to deliver my best. But it’s an amazing place for round two of WESS. It’s my favourite race of the season because of the history which surrounds the event — it’s a hugely important race for Enduro. All the greats of our sport have won there and I’d love nothing more than to put my name on the winner’s list, too. Claiming victory would ensure an incredible start to the WESS championship.”

Finally, with victory at round one how do you now feel about the rest of the championship?

“I couldn’t ask for anything better than winning round one. Although I’m one of the youngest riders in the championship I feel like I’ve prepared as best I can to fight with the top Enduro riders in the world. Knowing that rounds one and two will favour the Hard Enduro riders I was focused on starting well. But I believe this win will give me confidence for the rest of the year ahead, to keep pushing for the overall series and that title of ULTIMATE ENDURO CHAMPION.”