With some exciting racing over the five-round series, it was Webb and Red Bull KTM Factory Racing’s Taddy Blazusiak who were separated by 17-points going into the closing event of the championship. Blazusiak set a blistering pace for the Akrapovič SuperPole lap in qualifying and won the opening race of the night in impressive style, closing down on the points gap to fellow KTM-rider Webb and certainly turning up the heat on the championship battle. 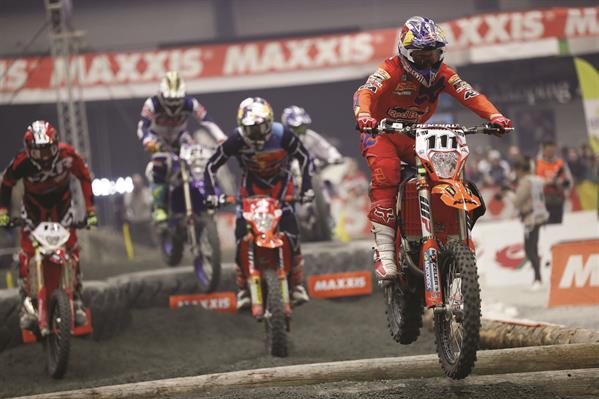 Unfortunately, after an initial battle between the two contenders, a technical issue ruled Polish-star Blazusiak out of the second moto, and Webb took third position, which was enough to award the KTM-star the World Championship title with a race to spare aboard his KTM 350 EXC-F. On the night Jonny Walker finished runner-up on the podium and fourth in the standings, with six-time SuperEnduro World Champion Blazusiak, who only recently returned to racing following a short retirement, taking a podium third for third overall in the championship.

Adding the FIM SuperEnduro World Championship to his 2017 AMA EnduroCross title, American-ace Cody Webb is undisputedly the man to beat in indoor enduro. Despite a tough final round, the 29-year-old from Watsonville, California was overjoyed with his first ever world title. 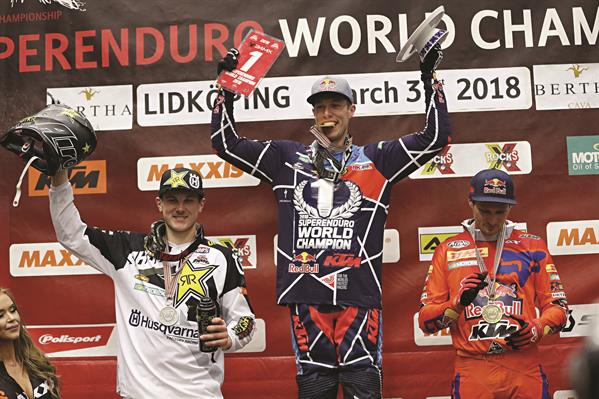 For the KTM Factory Enduro riders all attention is now focused on the outdoor World Enduro Super Series championship (WESS), which combines a variety of enduro disciplines throughout the seven-event series, and kicks off with its opening round at the Extreme XL Lagares in Portugal on May 11.

Cody Webb: “I am so happy, I can’t tell you what this means to me. Of course, I feel bad for Taddy, he was riding really well tonight. The championship has been great and for it to come down to the wire shows how high the quality really is – I have so much respect for every single rider in this series. I was riding really tight tonight – I think because of my nerves – and Taddy was pushing so hard. He had some bad luck tonight, but I’ve had a couple of bad rounds too. After having a year out of racing in Europe, to come back and be World Champion is amazing – this is definitely the most important title I have won so far. After my riding tonight, I know there are still some things I have to work on so I’ll go away now, regroup and prepare for the WESS this summer.”