We head to the Australian Media Launch of the 2018 Gas Gas EC300 and leave very impressed.

WHAT’S INSIDE
While the 300 was the only capacity in the country at the time of the launch, the EC250 wasn’t too far off arriving and to our surprise and great delight there will also be a 200cc model coming which will leave Gas Gas as the only manufacturer offering something current that awesome capacity. Four-strokes will come eventually but the company was focused on getting the two-strokes right first before heading into thumper town.

The EC is a completely new bike. Forget the previous model which is to be honest easily forgettable. The new frame cro-moly offers less rigidity and a weight saving of a massive 20 per cent over the previous unit. The subframe also offers a 15 per cent weight saving and better geometry for easier access to the airbox, which itself is greatly improved.

The larger fuel tank now has a 10 litre capacity which the UMI guys can confirm offers at least a 100 kilometre range.

The forks are now the 48mm Kayaba AOS system which is a massive step in the right direction. The KYB is a familiar and very dependable set-up. The bike also gets a KYB shock and just the fact that Gas Gas has Kayaba on-board will separate it from the other ‘fringe’ manufactures in a very positive way.

The engine is all new and a hell of an improvement over the previous model in both torque and power output. The FMF pipe is a nice touch but if you buy the XC model (not registerable) then you get a full FMF system to match.

So without going through every single detail on the bike you can see that the EC300 is an all new bike. And it’s an important one. If this doesn’t work then Gas Gas will suffer. You can’t pull out of the basement if you don’t have the product but thankfully from here the news just gets better. Let’s go riding. 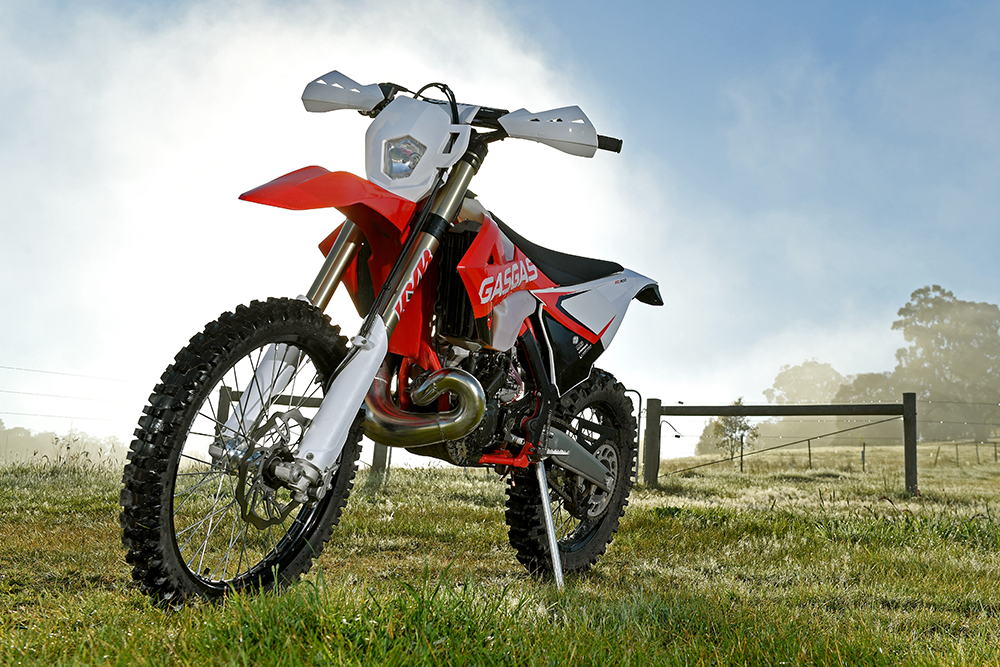 The ergos on the EC300 are open and it feels like there’s space to move. It’s similar, but not exactly the same as a KTM in the simplest terms. The seat is not made of wood. This is something anyone that’s ever ridden an older gasser will appreciate.

Riding a 300 two-stroke is one of life’s joys. It takes you back to the purest reasons we all ride which is for the thrill of it. KTM has deservedly owned the 300 capacity for a long time now but the continued refinement of the bike has taken a slice of the animal out of it. It’s not hard to get that back mind you but with the EC300, the first thing that came to mind was that this feels old-school 300. It’s like drinking tequila. Nobody drinks tequila for the taste; you drink it to get messed-up. Riding a 300 isn’t about taking in the scenery, it’s about getting scared. It’s about taming a beast. And when a 300 gets too sanitized that’s when it’s less tequila and more like vodka. We are very pleased to assure you that the EC300 is all tequila.

This engine sounds and feels like a 300 should. It offers the option to torque your way through the day and nothing will get in your way (poetry right there), or click down a gear and ride it aggressively in which case it’s an animal and a whole lot of fun. This is a pure 300cc two-stroke engine and I loved it. It’s manageable in tricky stuff but loves to rev-out and rage which is in part where the excellent FMF pipe comes to play. We rode a mix of tight single trail and open fast stuff and there wasn’t a section that the bike felt out of place on. There were a couple of off-camber sections with lose rock too which could be a nightmare on a 300 but the EC responds predictably to the throttle and even in those type of trails it wasn’t a handful to keep in check. Then when the slightest hint of a straight line section opens the EC bolts like Oprah after a meatloaf.

The engine is complimented by a brilliant cro-moly frame and gone are the hit-and-miss suspension set-ups on a Gas Gas and in comes the Kayaba forks and shock. It can’t be undersold how massive the change to Kayaba is and how important it is that they got the frame right to get the most from the new gear.

Cro-moly is in my opinion, better for trail riding than aluminium. I like its flex characteristics and on the EC300 it not only works with the Kayaba kit to offer a sharp corning bike but also a pretty comfortable ride that handles a wide variety of terrain. I sped the compression up three clicks on both ends but didn’t change anything else on the bike for the rest of the day. I just didn’t want to stop riding. The Kayaba kit is a masterstroke here. 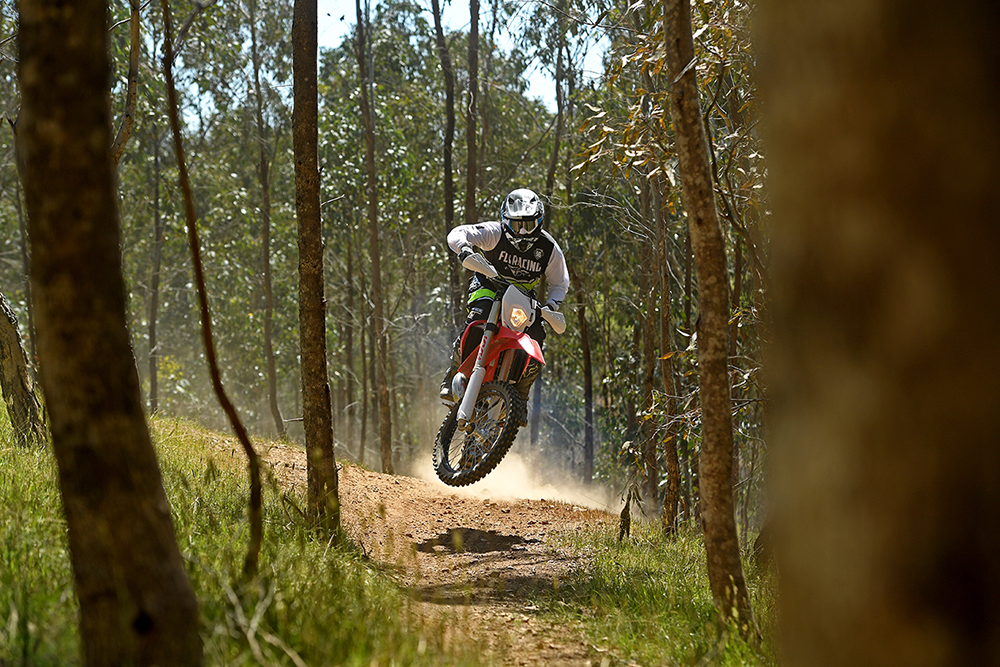 This is an epic comeback. Gas Gas has with the EC300, a bike that’s fun, relevant and a thrill to ride. It’s also managed to lure Daymon Bradshaw away from monster trucks to race offroad in the States and well, if the Beast from the East is on-board then that’s not a bad endorsement.

I was impressed by the quality componentry and the synergy of the package. The bike is balanced and versatile and above all it’s fun. It’ll serve as an excellent race or trail bike.

And for any potential buyers out there the news that UMI will invest in its dealers and promises better parts service is a big step in the right direction. Also, the fact that the company is on a solid financial footing is good news for not just Gas Gas fans but the DNA of the industry at large.

Welcome back Gas Gas. Can’t wait to ride the EC300 again and bring on the rest of the models!