Australian Hunter Lawrence has struggled at the MXGP of Netherlands, but the youngster showed his Aussie fighting spirt to grind-out 10-6 moto results for 8th overall, to follow up from his second overall at the previous round in America.

Any hopes Lawrence had of backing-up his USGP results went out the window when he tested some settings on the sighting lap of the first moto, only to have a nasty crash. “We were struggling all weekend. I really didn’t feel good at all, I had no rhythm or balance. It was just a tough GP. It wasn’t helped when I had a crash on the sighting lap of moto one, as I hit my head and bent my bars and obviously I didn’t have long to recover before the gate dropped. I went out and raced, of course, but I was struggling and came home in 10th behind Julien Lieber. 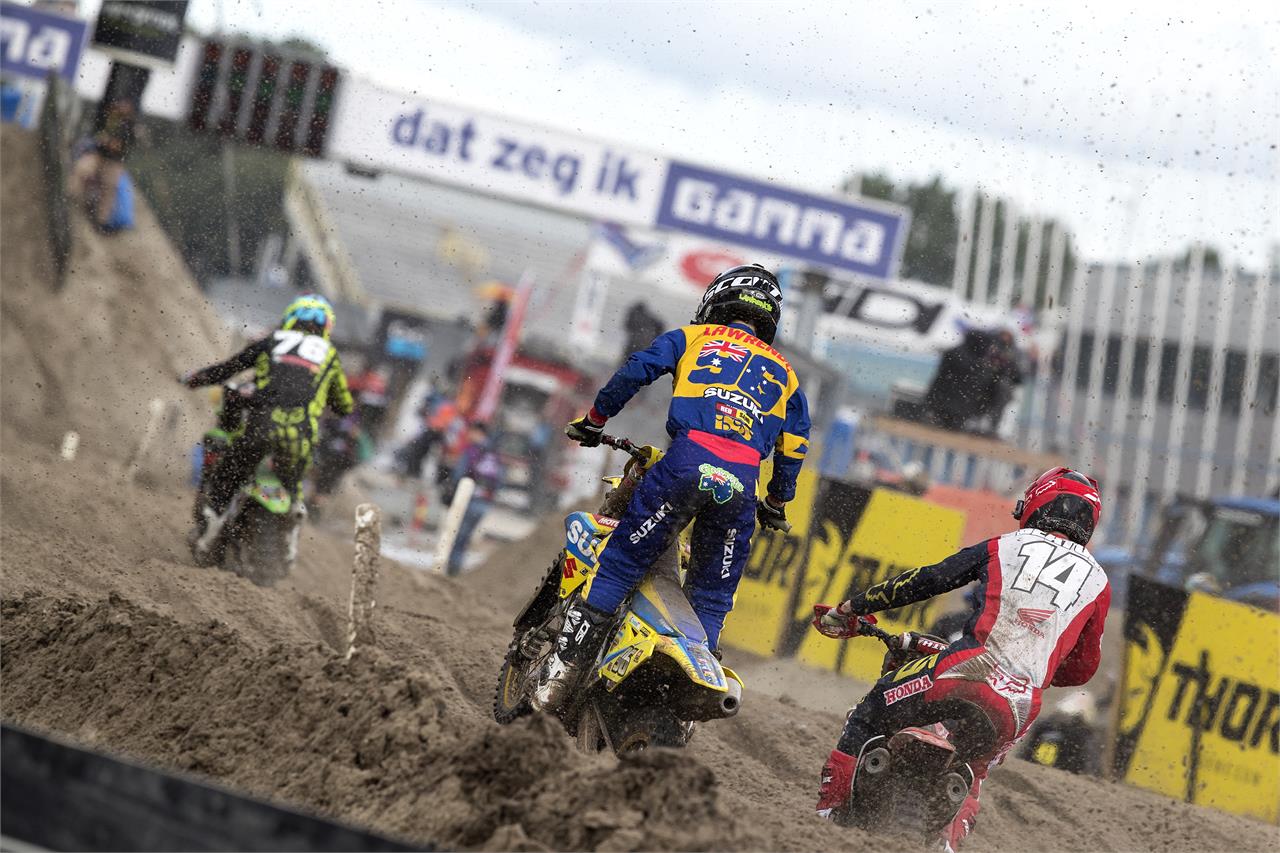 “I went to the medical unit after that race and got some work done and felt a bit better for race two. I got an ok start and made some passes and moved all the way up to sixth place, which was definitely good on such a difficult weekend. I’ve never ridden here before, it’s crazy here, different even than Lommel. I’ve really never ridden anything like it so to get eighth is pretty good overall.”