Hunter Lawrence had the best moto finish of his career, getting second place in the second moto, just over one second behind first place. Combined with his third place in the first moto and the young Australian posted his best points tally from a GP so far, in what is his rookie MX2 campaign. Behind him, Jeremy Seewer overcame illness to get fourth overall and close the gap at the top of the MX2 championship by another five points, with two GPs remaining. 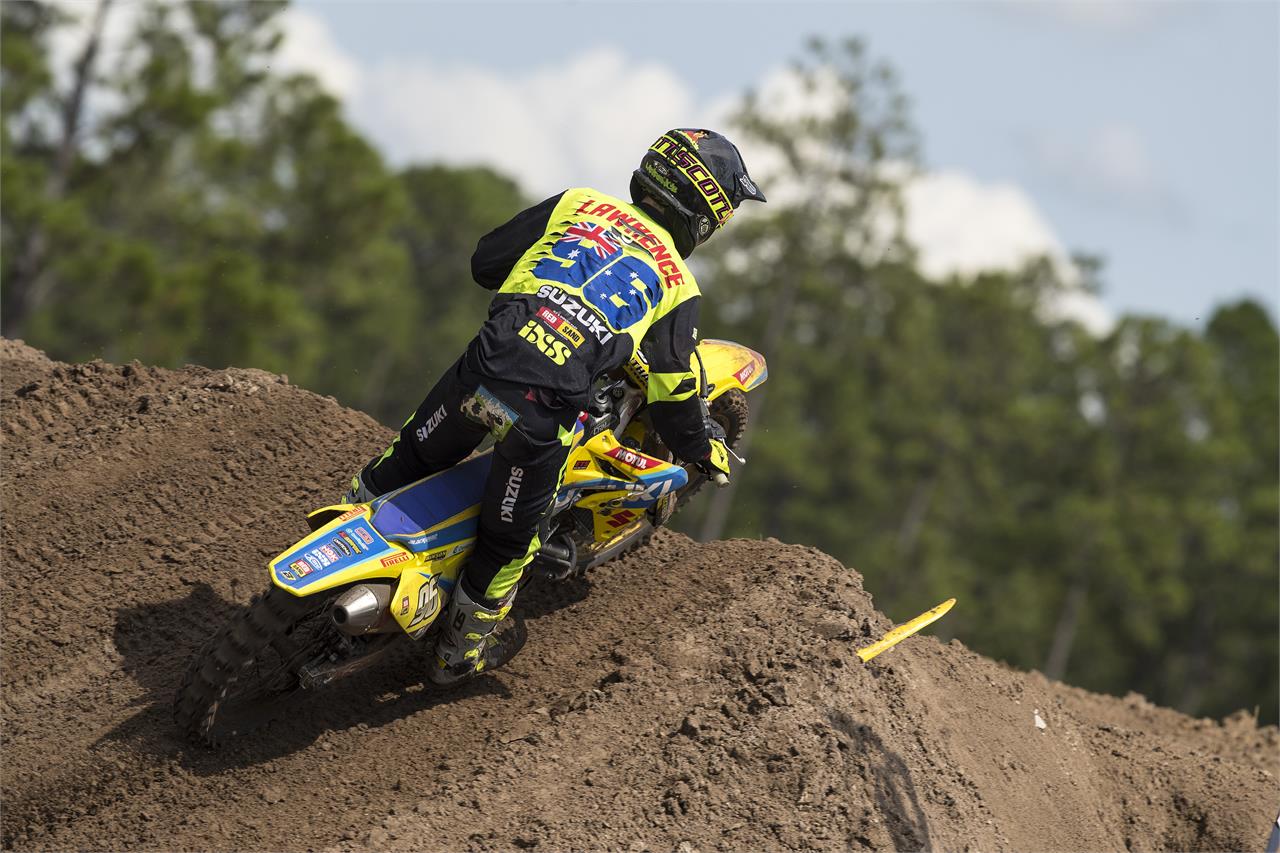 For Lawrence, it was a really impressive display in what were extremely hot and humid conditions at the WW Motocross Park in Jacksonville, Florida. He had this to say about his races: “In the first moto I got quite a good start on my RM-Z250, inside the top 10 I’d say. I made some passes in the first couple of corners and got myself into fourth place just behind Mitchell Harrison where I stayed for about 10 minutes. RJ Hampshire and Thomas Covington were gone when I got my way into third, so I stayed there until the end. They both crashed but were still too far in front although I did close right up on both of them. In the second start I drifted a bit wide and a couple of guys passed me up the inside. I fought to make those passes back and got myself into third after passing Pauls Jonass. Covington was the next person I passed and after that I just got my head down, kept working and plugging away and I caught up to Hampshire in first but we just ran out of time so I couldn’t pass him for the win. I’m really happy with my second overall, in my first time at an American GP. I’m just super happy with how the day went.” 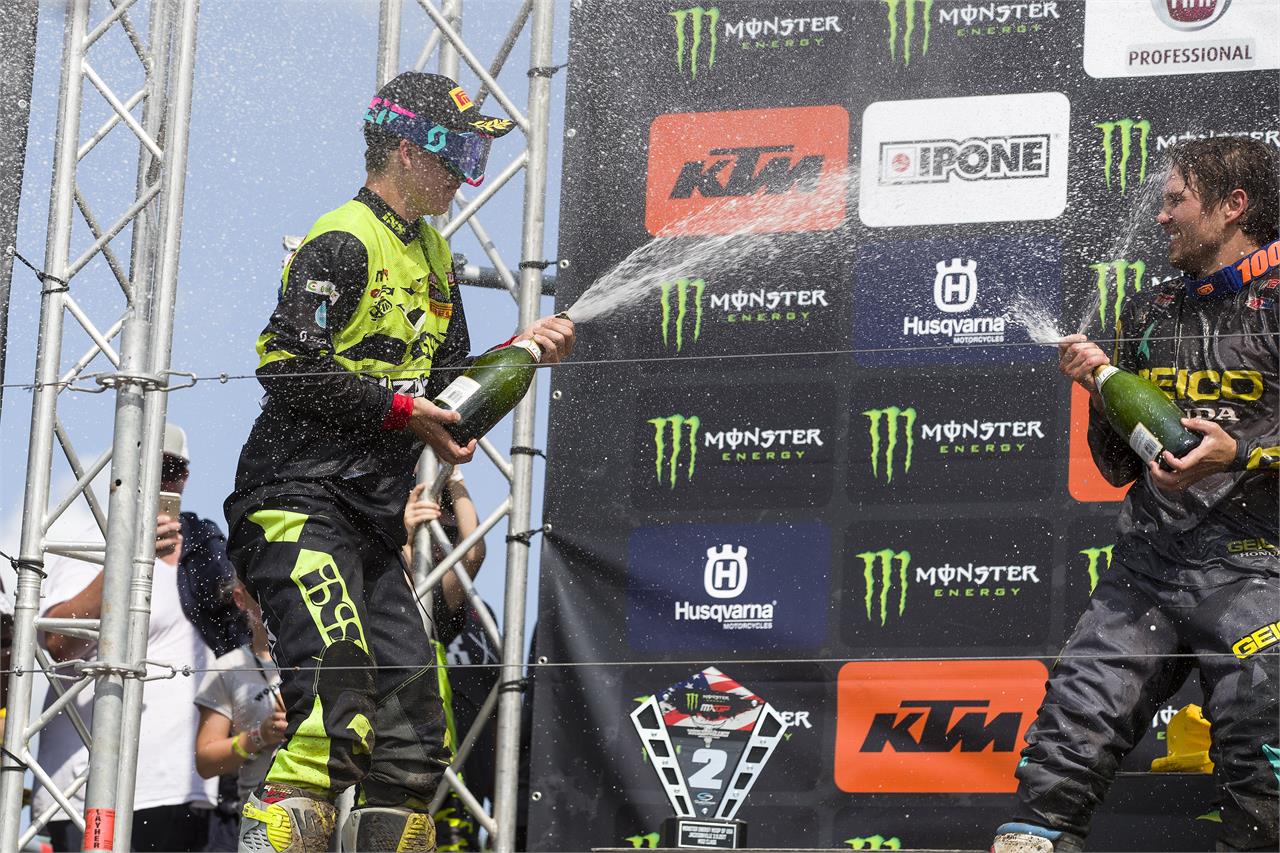 Despite the illness coming into the weekend, Seewer battled hard in both motos and actually came out ahead of title rival Jonass as the track conditions really made racing a challenge: “It was a tough weekend and I’m just happy to finish it off with a third place”, said Seewer. “In fact it could have even been a win with a slightly better start and perhaps one more lap. I struggled a bit as I was sick coming into the GP and was actually quite lucky that I felt a lot better today, even if a few percent were missing. In the first moto I was going for a good start but Jonass reacted next to me and I reacted to him as you are just in tunnel-vision at that stage. I got stuck and we hit each other and it was a bit of a drama as I had to come back through the pack. I made a couple of mistakes while pushing a little bit too hard but I wanted to come back through.On a track like this, which is so fast, you can catch up to the top-eight but then making the passes after that is very difficult. The second moto went a lot better at the start, I was around eighth and I made a couple of passes to get into third. At the end we were even catching Hampshire and it was a good moto. I caught up some points in the championship, despite not being 100%, and we won’t give up and make sure to take the championship battle to the last GP in France.”

For General Manager Stefan Everts it was a really good showing for both riders and a great display for Suzuki in America. “The best ride of the day was of course Hunter with his podium. A really strong first moto and a strong second moto. What he showed today was that he is a very promising kid, his second podium of the year, and he was not far off winning. Jeremy came here sick and he knew it would be tough with the humidity. He struggled in the first moto but came back in the second moto and rode a lot better. He was following Hunter and the two of them were the guys on the track making moves. It was good to end the day like that. I’m really happy for Hunter, he deserves it with all the hard work he’s put in.”

Both riders now head back across the Atlantic to the Netherlands, where the penultimate round of the world motocross championship takes place at the Assen facility.