You may never come across a section exactly like this but the techniques learned will still come in useful. If you do plan on racing some enduro-x or think you may come across some extreme sections, check out how Husqvarna’s Mike Brown tackles it 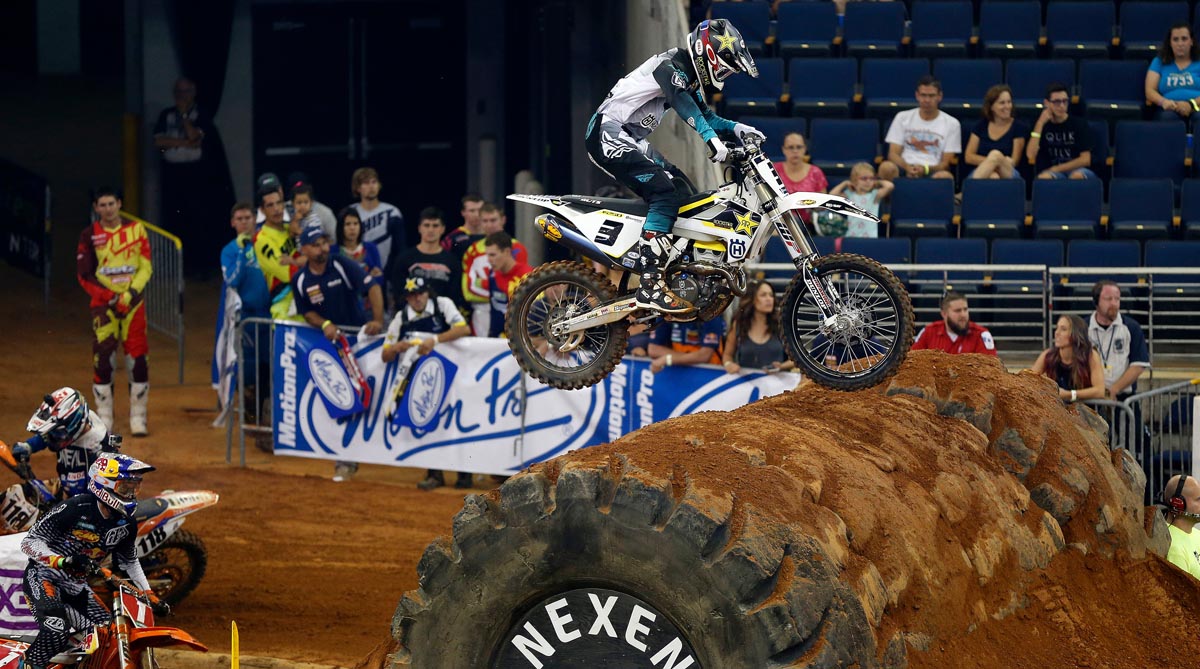 APPROACH
Choose your line carefully. Try to pick the one with the best ramp onto the tyres. You’ll find that where everyone else goes will chew out, leaving a steeper face to run into. Depending on how the tyres are stacked, you may actually be able to ride in the join between two tyres — it forms a kind of rut and may help avoid spinning and sliding sideways on the way over. Try to approach with enough momentum so that you don’t have to accelerate too hard once you’re on the tyres. It may sound obvious, but make sure you’re in the standing position and have selected a gear that will provide good, meaty power.

LAUNCHING
Here you can see Browny has carried enough momentum to jump off the tyres as if they’re a regular up ramp. Attacking this way requires confidence and skill but it eliminates the chance of the back side being too steep and sending you over the handlebars. If you’re too hesitant and roll over the tyres, the front could drop in, causing a crash. It’s also important to point out that he’s built his momentum on the approach and while he was still on the dirt.

FLIGHT
If you get to this point you should be right. Here he just lets the bike level out, which puts him back into the central standing position as he looks for his landing.

LANDING
Try to judge the landing so you catch the bottom of the built-up dirt ramp; this works like a down ramp and helps smooth out the landing. You should also be back on the throttle at this point to drive the bike away from the landing. Stay strong on the bike and make the suspension absorb the landing. This is where plenty of riders go wrong: they don’t stay strong enough and collapse down on the bike before the suspension has used all of its stroke. You only want to absorb impact with your arms and legs once you’ve run out of suspension.