Australian off road racer, Jess Gardiner, made every post a winner at the opening rounds of the FIM European Euduro Championship at Gouveia in Portugal, which saw claim victory on both days of the championship opener, double header weekend.

While it was Gardiner’s first ever race in the European Championship, she was no stranger to Gouveia as she had raced there with some success in 2015 at the Women’s World Enduro Championship.

The opening day of competition on Saturday saw the event being raced on a long enduro test, which was approximately 11minutes long as well as a nine minute cross test. 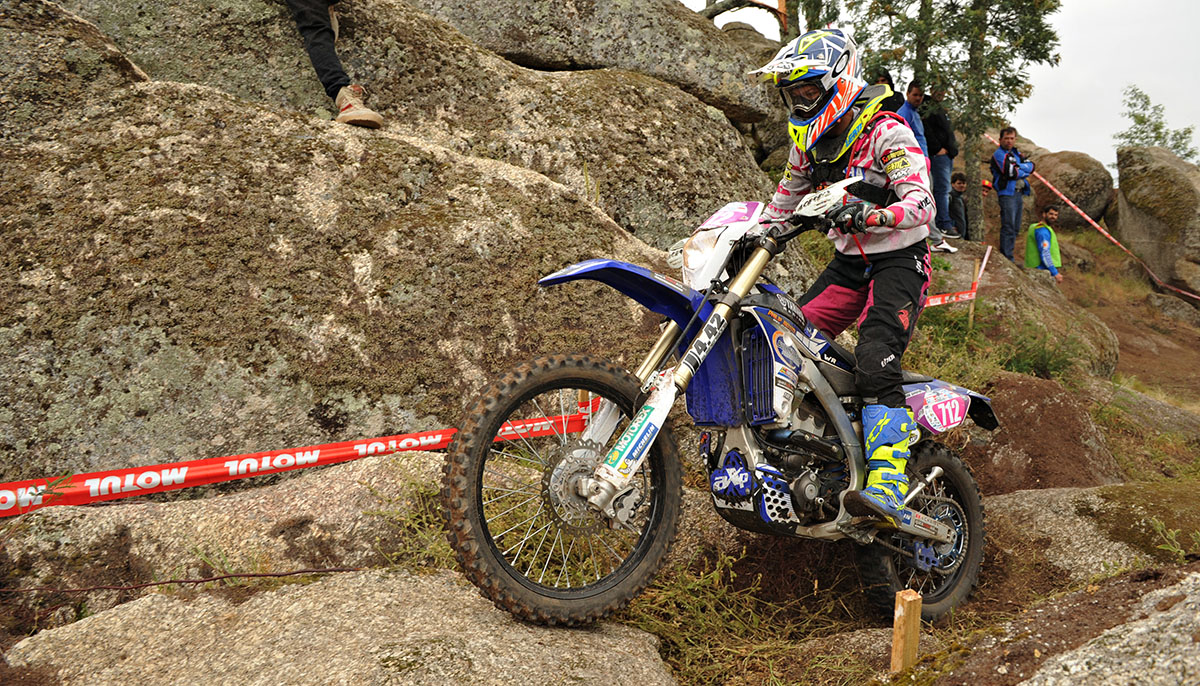 Gardiner was simply on fire as she proved too good for her rivals and dominated the day with her fast pace. The 24-year-old won every single test and took the overall win with a total time of 1h00:15.78, over three minutes clear of her nearest competitor.

It was far from easy as rain passed through the venue throughout the day and although not enough to make it muddy, vision was undoubtedly hampered.

But that was only a taste of things to come as Sunday bought more rain and while the dirt was in near perfect shape for racing, crossing rocks, logs and other bits of mother nature became slippery and more challenging.

This proved no obstacle for Gardiner as she again handed her rivals a riding clinic, taking the win by over a minute and the perfect start to the European Championship.

“The weekend went perfectly to plan,” beamed Gardiner at the end of racing. “The rain actually made the course much better to ride in a lot of situations as it has been quite dry in Portugal and it was really just working through the rocky areas that were made tougher by the rain.

“My Yamaha WR250F was perfect all weekend and I had a lot of friends here to help me through the event so thank you to them. I’m doing these events on my own and as preparation for the World rounds as I like to stay active with my racing and keep on the bike as much as possible.

“It was a confidence boosting weekend and hopefully something I can continue to build from,” Gardiner ends.

The next round of the FIM Enduro European Championship will take place on 8-9 July in Paikuse, Estonia.