A dramatic 450 main event has led to a tied points lead between Eli Tomac and Ryan Dungey.

The first turn proved disastrous for Dungey. He was caught in a first turn pile-up with Justin Bogle and Justin Barcia, Australian Chad Reed was held up in the incident but made it through the carnage.

Jason Anderson took the holeshot, before being passed by Marvin Musquin who set the pace up front. Eli Tomac was buried in the pack – Dungey sat 22nd.

The reigning champion went to work, charging through the pack. 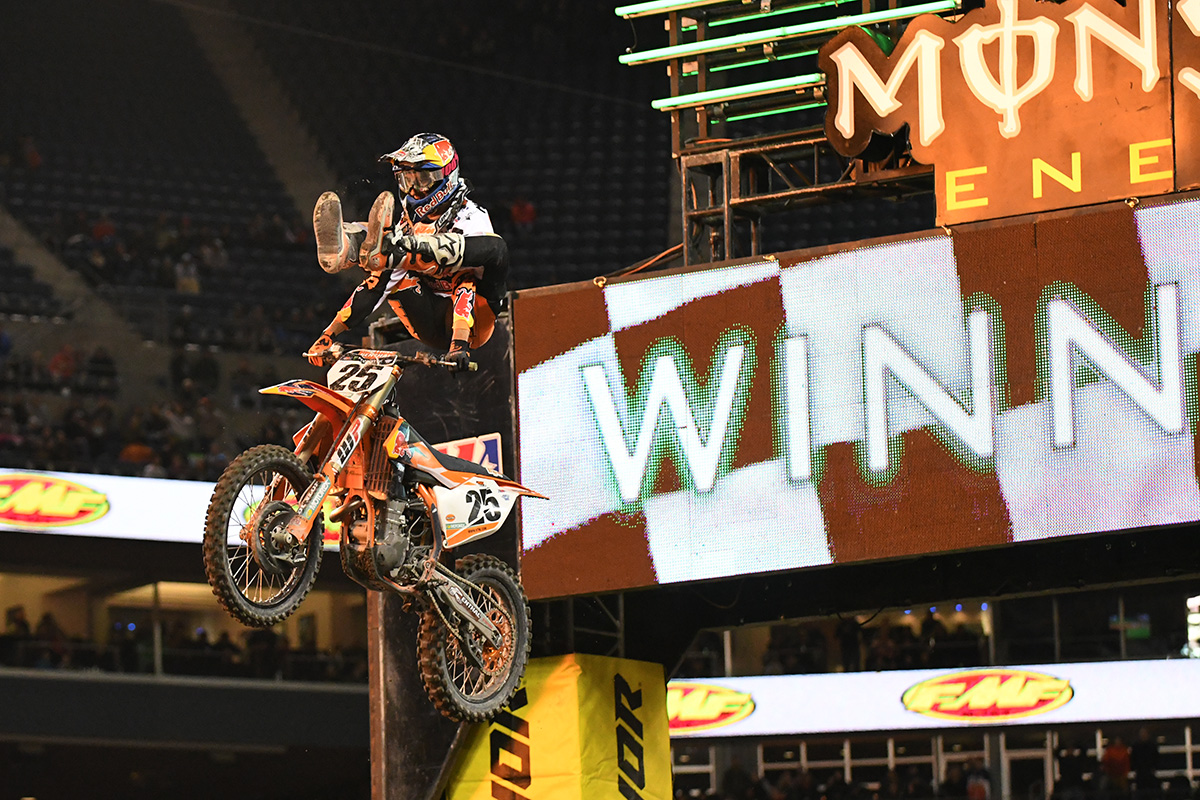 Musquin thrived in the soft, technical and treacherous conditions while on lap 8, Cooper Webb pushed his way into second, passing Jason Anderson after fighting off an attack from Eli Tomac. Tomac would crash attempting to re-pass Webb some laps later further adding excitement to the race. 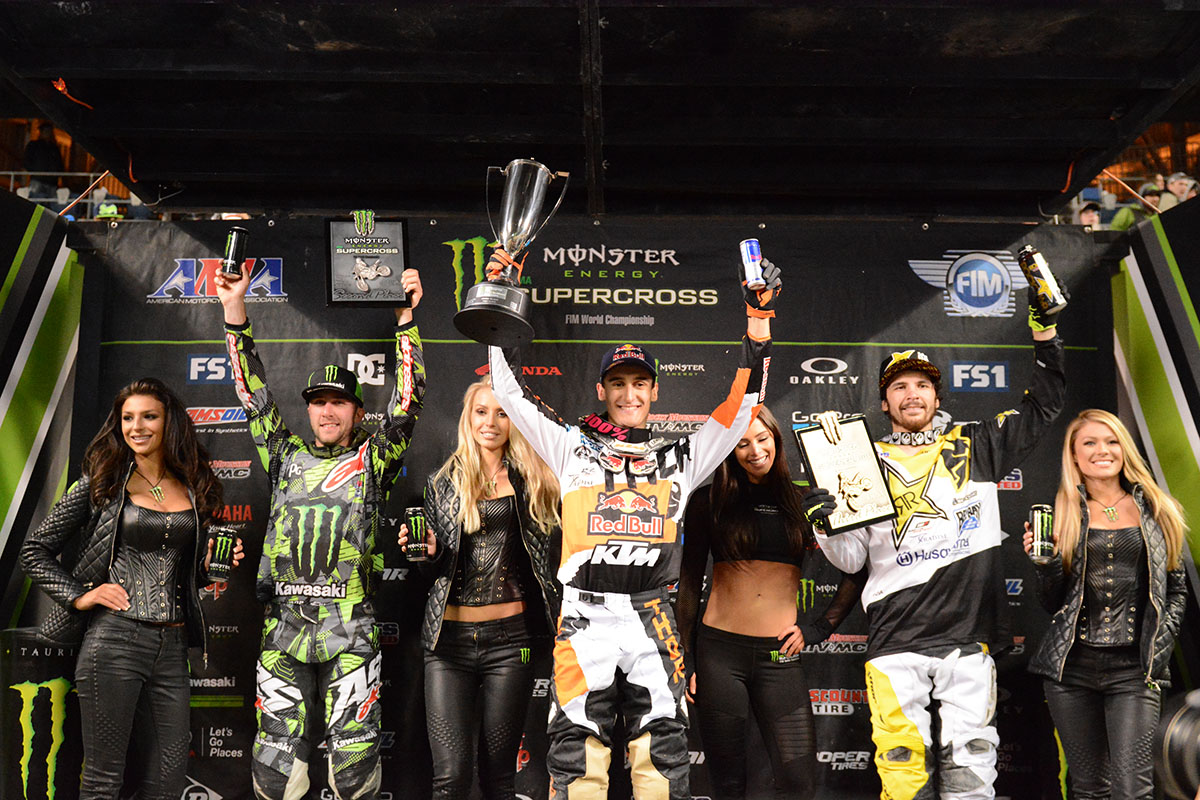 In the dying laps, Ryan Dungey made a last ditch pass on Davi Millsaps for fourth, while Eli Tomac slammed passed Jason Anderson for second – leaving both Dungey and Tomac tied on points as the checkers flew. 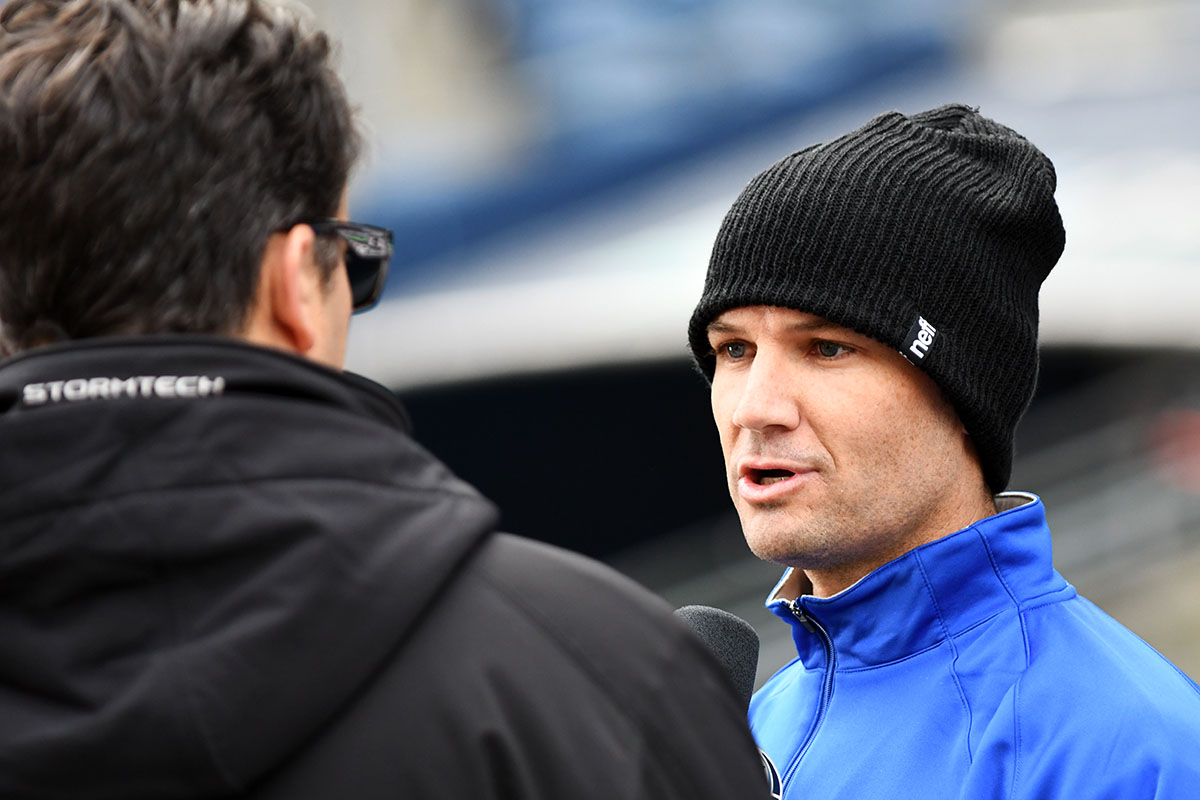 Chad Reed made his way into the top 10 after the first-turn hold up, before falling as low as 15th in the running. By the end of the race, he had made his way back to 9th. 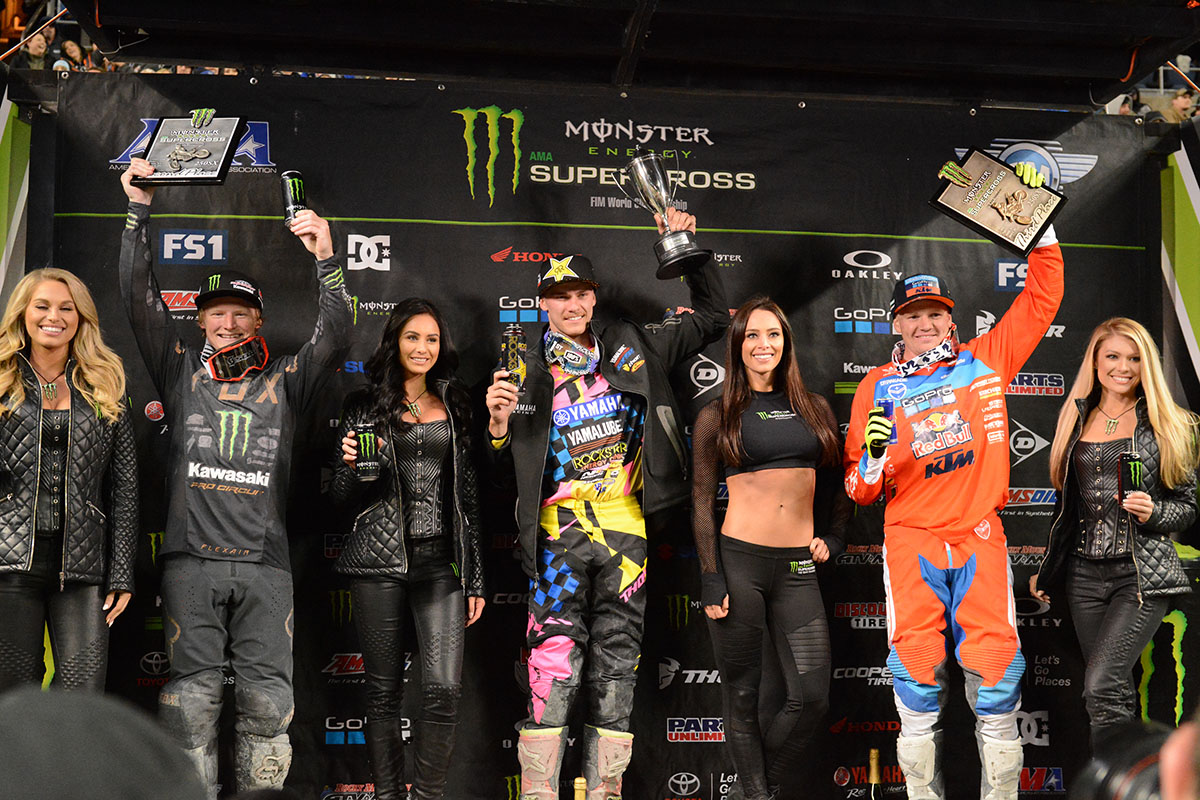 In the 250 Main Event Aaron Plessinger took the win in difficult conditions ahead of Pro Circuit Kawasaki’s Justin Hill and Red Bull KTM’s Mitch Oldenburg. Australian Hayden Mellross was impressive to finish seventh, while Dan Reardon had a terrible start and made his way back to 11th.