There’s an entire generation that doesn’t know the 500cc motocross machinery — what they sounded like, who rode them and how brutal and yet capable they were.

It’s ancient history now but these bikes were once the measure of a man. Specimens such as Jeff Ward’s 1989 KX500 are the stuff of legend as is pretty much every Works Honda of the mid-to-late 80s. In fact, the green and red camp really went at it in the big-bike class and produced some standout machines that, to plenty of us, are still everything a man could ever want. 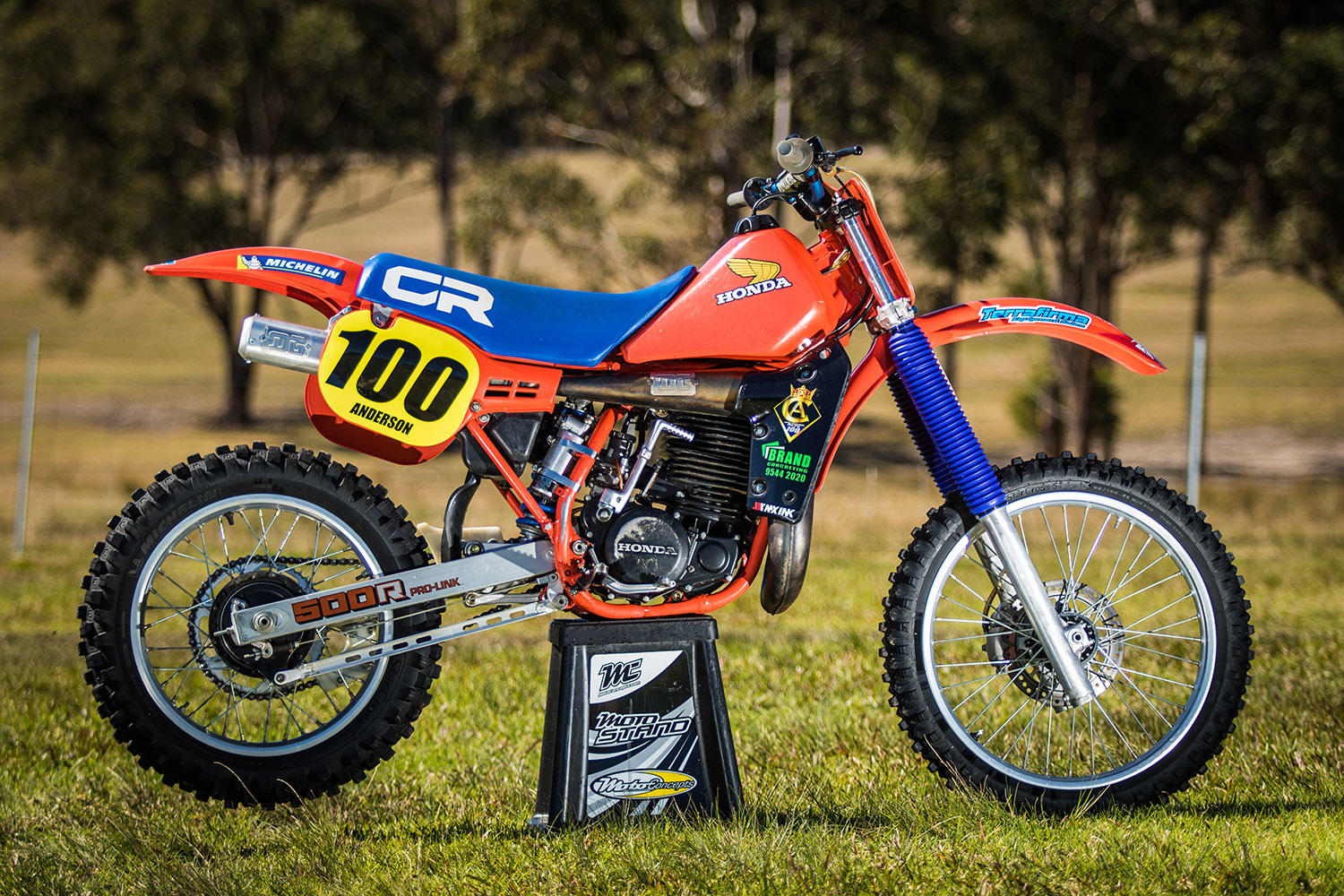 In 1984, Honda released the CR500 to replace the CR480. It didn’t go down well with some though the public had by that time got used to Honda redesigning the bike year after year. But the 1983 CR480 was a popular bike across the board, even with the left-hand kickstarter, while the ’84 500 would certainly divide opinion. The engine was a brute and, although at a distance it’s often mistaken for a water-cooled engine due to the unique air scoops, it was to be the last of the air-cooled big rigs. Honda threw everything at the ’84; it was an all-new bike that seemed to be designed to simply outmuscle the competition or explode trying. 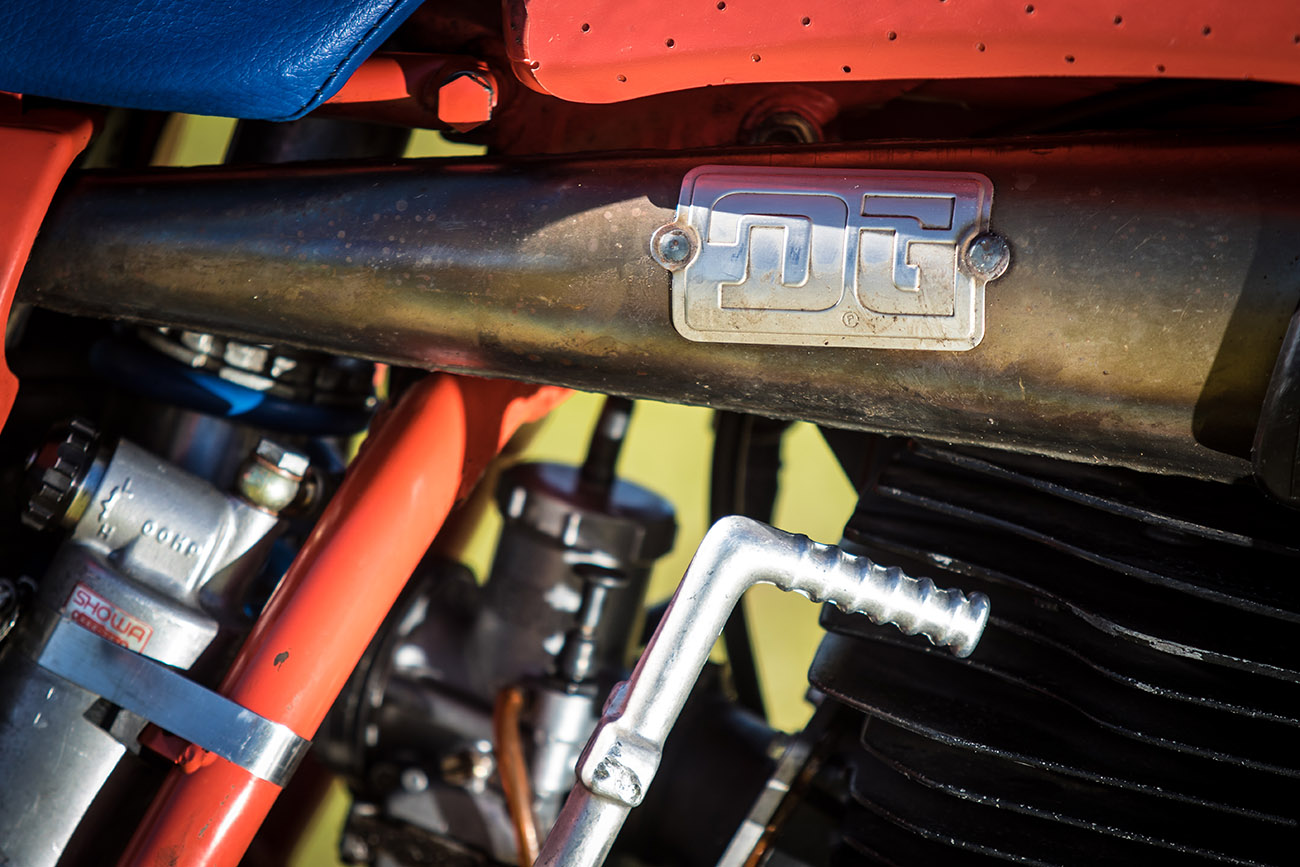 It featured a front disc brake for the first time though there wasn’t much else on the ’84 that we’d now recognise as “modern”. Even for its time it was a reasonably simple bike built to win via brute strength. But that underplays the fact that the bike could turn well and if you could keep the power under control there wasn’t much else on the track that (with a little suspension work done) could exit a corner and beat the CR down the next straight. 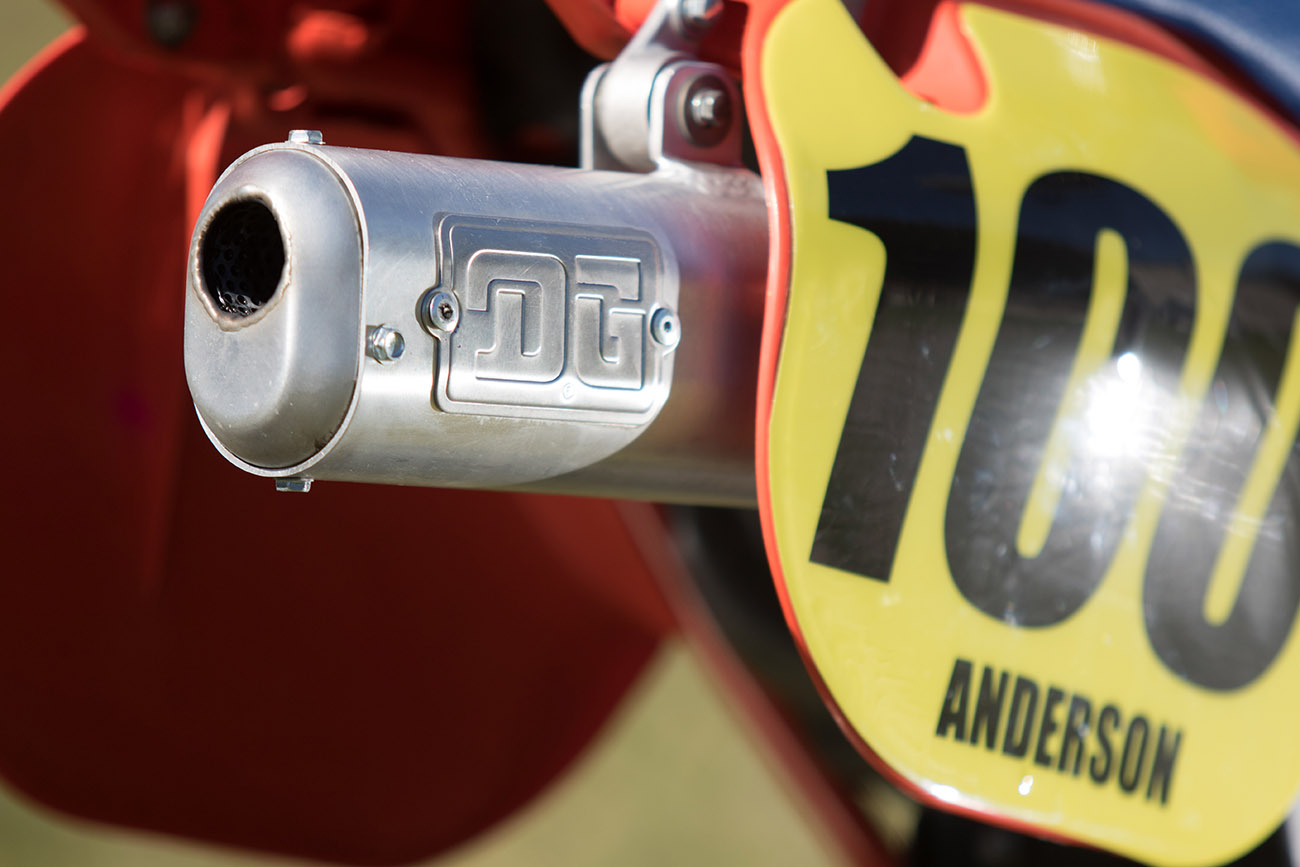 Ultimately, the bike had too much mumbo for its chassis and stock suspension to manage. In 1985, Honda redesigned the bike once more, introducing water cooling, and then again refined that package for what would become the legendary 1986 CR500. For reference, though, it’s worth having a look at the RC500AF David Bailey rode in 1984. That thing is a work of Works art.

Craig Anderson has been riding this 1984 CR500 in selected vintage events and we couldn’t resist getting the two together for a shoot. Ando loves the bike and he can ride it like demon. Of all the shoots we’ve done this year it’s this one that without a doubt sounded and smelt the best. 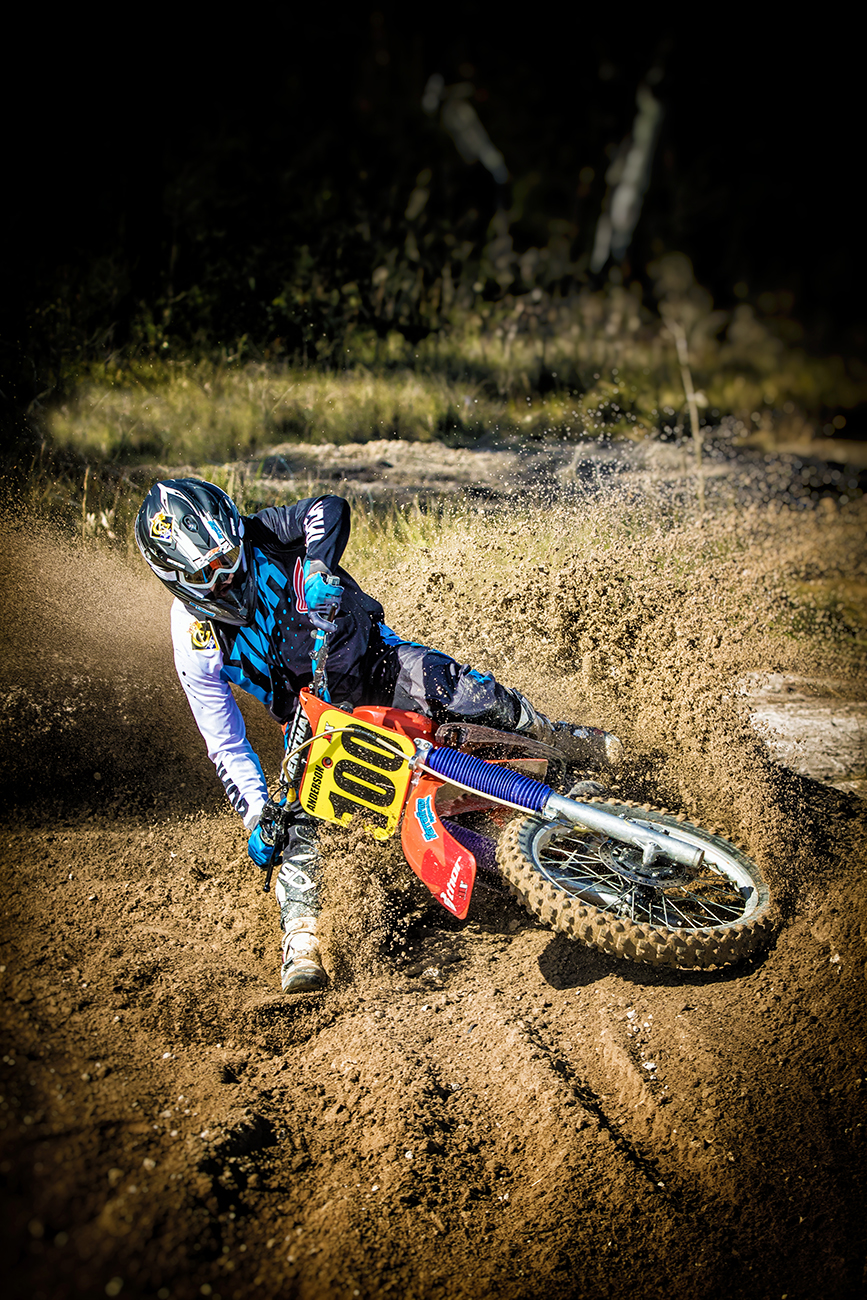 We went to a sandy track that was pretty wet at the time and the berms were totally jacked up but Ando and the CR just carved deep ruts with every pass. Tight turns, slides, more roost, faster, slower — whatever we needed to get the shot, the combo of Ando and the CR could throw it down without question. 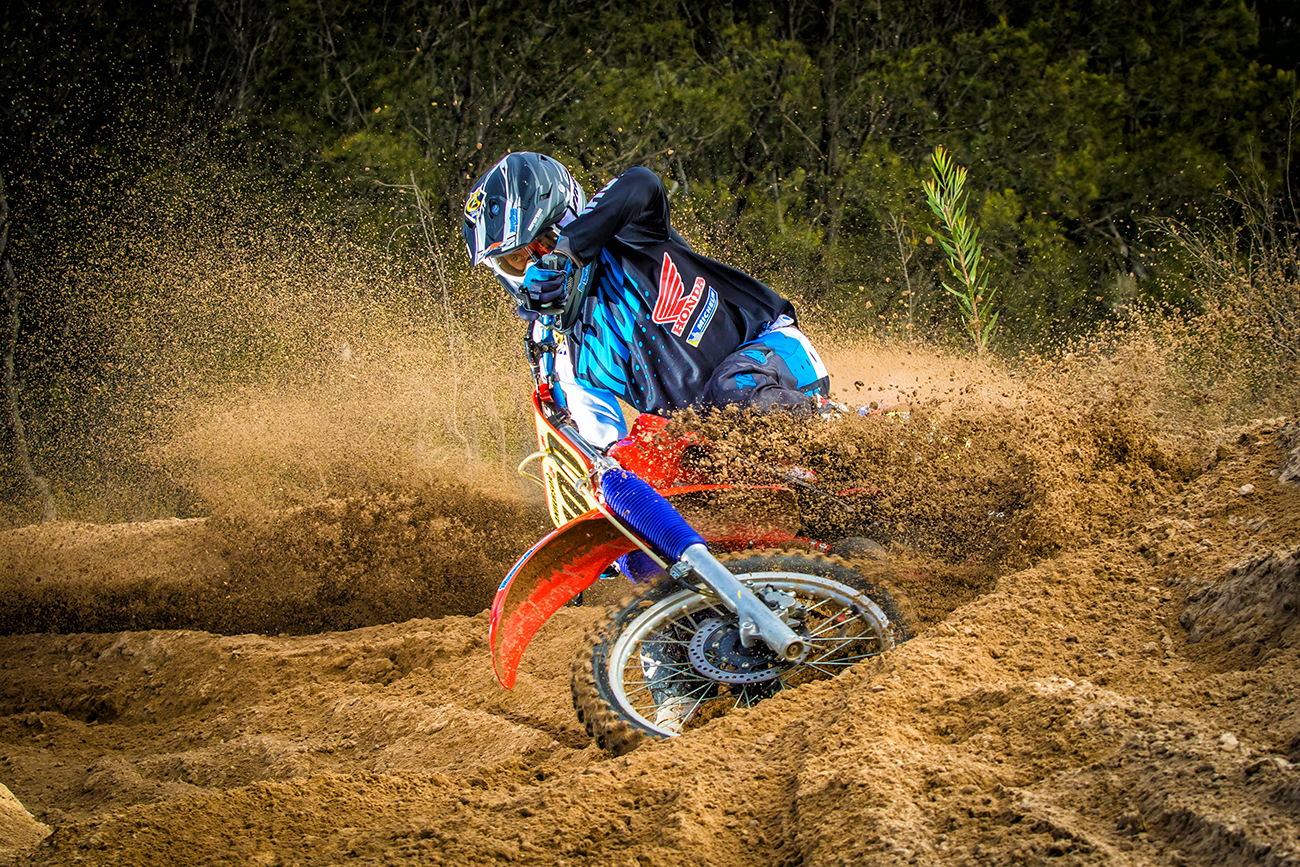